STATUS: has a status now. 2 yrs ago 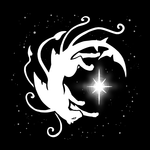 2 yrs ago
Current has a status now.
3 likes

If it is I'm out, can't get it to function on my current device.

I hope you feel better soon.
In Target Earth! [A Monster Marathon] → 1 yr ago Forum: Casual Roleplay
To clarify, I wasn't saying that anything was anyone's fault or that there was even a solid problem, just something I noticed and wanted to make sure nobody was feeling like they were getting shorted in any way.

Although everyone has now already acknowledged in-character that he was attacked.
In Target Earth! [A Monster Marathon] → 1 yr ago Forum: Casual Roleplay

With the exception of the newly arrived mech, every hero on the scene was either injured or exhausted to varying degrees. And this with no clear end to the battle in sight. On the contrary, the monster only seemed to have gotten stronger.

Up on the edge of a nearby rooftop, the masked man who'd just finished his brief assessment of the situation took a few steps back from the edge before rushing forward and leaping off of it.

Before he'd even landed, he drew a pair of brightly glowing pistols from thin air and began to rain down equally bright fire upon the sweet stronghold. The rounds were about the same size and impact as those of normal pistols, yet were more akin to high powered laser bursts in both form and function -which was to say that they appeared as light, and seared with heat. The air was already filled with the acrid scent of burnt sugar caused by the attacks of the machine upon the confectionary castle, but his own were certainly adding to it.

When he did land, it was with a sickening crunch. Had anyone been close enough by, they might have thought his legs to certainly be broken. Yet after firing off a few more shots from the ground, he belied the sound by standing up and starting across the platform in a mad dash with guns still blazing. As surely as though nothing were amiss at all.

It didn't matter whether or not he killed any of the frosting men. Didn't even matter whether he hit them at all. All that mattered to him was clearing a path on his way to his real goal. The cake and its artillery were a concern, certainly. Those on the ground who were still fighting it had their work cut out for them just trying to stop the chaos it was causing, but they seemed to have it pretty well in hand. He was confident that they didn't need his help with that. His efforts were better spent helping those who actually did.

And if he also happened to serve as a distraction to some of the cannoneers on his way through, then all the better.

Making his way down the tiers was a much simpler endeavour than if he'd tried to take the winding staircase of the apartment complex he'd jumped in from. Just a relatively straight shot made even easier by the damage and warping afforded the giant dessert by the woman and the walking tank, such that in some places he merely had to run or slide rather than hopping down to the next level.

Thus, the masked gunslinger soon landed in a crouch upon the ground behind the monster in charge and immediately began firing at her in an attempt to draw her attention away from the presently incapacitated heroes who'd been left to her severely lacking mercy.
© 2007-2017
BBCode Cheatsheet