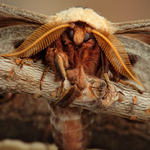 2 yrs ago
youtube.com/watch?v=dQw4w9W…
2 yrs ago
everyone thinks the mothman is pretty sexy

In Devils of the Slate, a Dyomi tale → 11 mos ago Forum: Casual Roleplay

He was a little bit dizzy.

Steely eyes drifted to the side, focusing on the window and then past it, out the freshly cleaned panes and faded sash bars. Over-trimmed trees and dying flowers in planter boxes around lampposts. Vendors, criers, loiterers, passersby. Some faces he recognized; most he didn’t. A few he wished he didn’t. The street was filthy, he observed, and he wished the city workers would come by and do something for it. Alas, they never seemed to; and with how cold it was, he doubted there’d be rain rather than sleet or snow. His gaze tracked idly to the left- a new store a little ways down the street was being fixed up. When had that been sold? When had it been bought, for that matter? He supposed it didn’t matter. A sign, listing its opening date about a month out, advertised little clocks and watches. How quaint.

What was he doing? Right, of course, being dizzy. Well, no, not quite even that. Lightheaded. Standing up and feeling like he'd left his brain in his chair. Maybe he shouldn't drink so much so early in the day. He rose from the cherrywood stool behind the counter, and oh, yes, there was a lovely feeling of not-quite-vertigo that almost dragged him back down. He exhaled and steadied himself.

His hair was neat, laid back in a twisted braid, secured by twinkling silver rings. Carefully and meticulously done the whole way down, it didn’t betray how much whiskey he’d had while affixing it that morning. He brushed it back over his shoulder and spared a glance at the little brass entry bell over the front door. It hung, merrily as always, exactly where it was fucking supposed to be. He sighed and quietly turned to the stockroom. On his way, he passed rows and rows of neat shelves, all stained that same smooth, cherrylike color (but they were cypress, he knew- sturdy and long-lasting, but less damn expensive) and stocked painstakingly with seemingly endless books. He ran a fingertip over the edge of one and was satisfied to see it come up clean of dust. Good. As it should be. He inspected a display, next. A new nonfiction detailing a look at the relation of agricultural and environmental conservation achievements of his homeland. He noted with a hint of almost-pride that they were selling so quickly that he would already need to restock it.

Dizzy, bored. Dizzy was never good. Bored was, so long as he wasn’t idle about it. So, he opened the door of the backroom, laid his waistcoat to the side, and rolled up his sleeves. 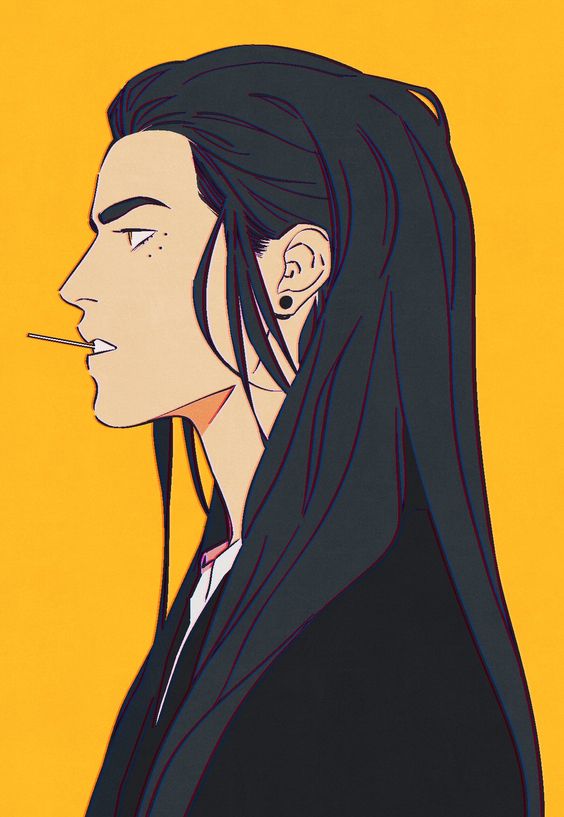 Pale gray eyes framed by dark lashes, a strong jawline, and a perpetual glare; Gabriel’s features are sharp and attractive. His face is dotted with beauty marks, and he usually has his black hair pulled back in Viking-esque braids with little metal rings spaced throughout. He stands at 5’6”, and he’s weirdly flexible with an athletic build (more likely to climb a shelf for a book than to find a ladder- he refuses to admit if he’s ever slipped or fallen while doing this or not). Black tattoos wind across his back, shoulder, and right arm, interrupted by occasional scars. He keeps a clean black duster coat hanging by the front door of the shop at all times. Hides a set of gripless stiletto knives in his clothes, as well as at least one set of brass knuckles. He carries a messenger bag that holds his coin pouch, several books or files, and a flask of whiskey.

Gabriel is kind of an asshole- not aggressive, necessarily, but intolerant and harsh. He’s known to be unwaveringly reliable and caring, but he doesn’t trust idle talk from strangers. He’s too quick to jump to extremes to solve a problem. Stubborn, but not unreasonable. Something of a flirt. He speaks very softly with a thick Fierdian accent, and often dips into other languages- it’s hard to tell if he’s talking to himself or if he’s just not so scattered that he doesn’t quite realize when he isn’t speaking Dyomish. He’s unnervingly quiet when he walks, null of any footsteps or the sound of moving fabric.

On the run from his family. Drowned when he was little and has developed a fear of deep water.
Works at a bookstore as a cover. Notorious info broker, but systemically anonymous and unknown by anything other than “Mordred.” He takes measures to ensure that the less-legal side of his life stays private and unidentified, and very few people would know his face, let alone his real name. That aside, he has eyes and ears everywhere, so building plans, shipment information, personal details, secrets, tips, and more- he’s your guy.

Gabriel looks almost startled, then his face drops into a scowl. He feels anger rising up his throat, and he snarls something in that other language. His eyes narrow to near slits, livid. "You really think I care-"
He cuts off, taking a ragged breath to calm himself. Focus. Stand tall but accept input. Voice low, he continues. "Don't lecture me on motive, skíthaus. I stayed by you so you could finish your portal and I could keep it away from the fucking-" he gestures vaguely- "fjandinn hafi það. Obelisk. Did you stop to think what would happen if it had destroyed it?"
"I am a son of Mars. I know I should've been up there. But we already had a competent enough distraction, and if you were going to sit idly by, undefended, working on a portal that the survival of half the group hinges on, then I'm going to prioritize you. It's called initiative for a fucking reason. I know what I'm doing."
Mouth twisted into a frown, he runs a hand through his hair. He inhales and exhales, calmer.
Gabriel stands tall, back straight, chin level- proud. He has every reason to be. "I'm a legionnaire of the Second Cohort. I have a handle on my powers and several years of experience under my belt. I can field questions or training, depending on demand."
In Another Camp Half Blood Rp-Rebooted → 1 yr ago Forum: Free Roleplay
Gabriel hums, amused, at Jason.
So the new kid thinks himself a leader and a battle strategist.
Is he trained? Has he learned how to fight? Or is he another pretentious, lost child who holds himself in such high esteem that he'd ignore obvious seniority for the sake of what he might think could be called "heroism?"
Maybe he, a child of Mars, the god of war, is just salty.
Maybe he, a member of the second cohort of Camp Jupiter, is just bitter.
Maybe he, who has trained for the last three years of his life in any manner possible to prepare for battle alongside his campmates and his siblings, is just overthinking it. Right?
He gives a derisive scoff.
But there'll be time for that later. He dives through the portal behind Tony, rolling to his feet with his sword at the ready, eyes narrowed in a glare as he scans around them for danger.

Llewellyn takes a step back, then another towards the portal before Theo's aura hits him. He shudders, and the ground around their group trembles.
A shaky breath in and out. He plants his feet, feeling something strange in the earth almost call to him, and his expression falters.
He shakes his head and jumps into the portal.
© 2007-2017
BBCode Cheatsheet