Place your nation's flag within this hider.
"Nation Motto"
Government Type: This is the ruling governmental system in the nation. For example, the United States is a Democratic Republic.
Capital: This is the capital city of your nation.
Nation Size: This is how much land you can claim at the start of the game.
Resources: This will be determined based on where your nation is located.
Population: This will be randomly determined based on the size of your nation.
Racial Demographics: This is the various racial/ethnic groups that exist in your country.
Religious Demographics: This is the various religions and beliefs that exist in your country (this includes lack of religion, i.e. Atheism, Spiritualism and Agnosticism.)
History

This is the history of your nation. You should write at least one to paragraph in this section though, it is appreciated if you write more.
Foreign Relations

List your relations with foreign nations in this section. This includes trade deals, alliances and other agreements. Write neutral if you have none.
Military

Religion: The Followers of Amarak follow the god of war and bloodlust, Amarak. He teaches that in order for his followers to achieve true honor, they must die in the field of battle against heretics. 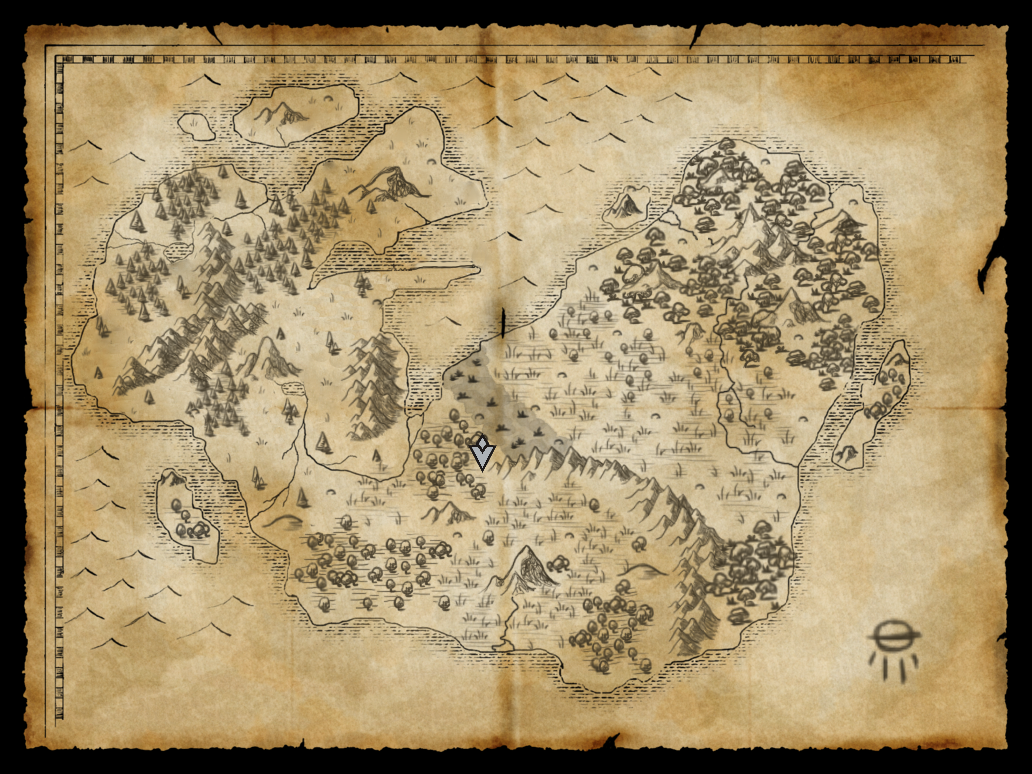 History: The Holy Servants of Amarak arrived on this new continent that they call, "Nehgrob Nek'sa", and began traveling farther into the continent and up into the mountains in the center of this new land. They are ruled by a group of priests who are led by the High Priest Gahd'Sihkra. These priests interpret the words of Amarak and inform the peasants of his will. The Servants of Amarak vow to one day bring the other races of this continent under the heel of Amarak.
In Civilization - A New End (2.5) → 3 yrs ago Forum: Nation Roleplay
-
In PringleDingle's Test Thread → 3 yrs ago Forum: Test Forum
Ancona, Italy
December 1st, 1936
Lorenzo Tripani buttoned up his brown wool coat as he look at himself in the mirror. He was young, but had that look about him that made it clear that he had no aversion to hard work. Lorenzo took a quick glance at his pocket watch, 11:30 AM. Normally he'd have been at work hours ago but today was different. Today King Nicola IV was coming to town to christen the maiden voyage of the newest capitol ship in the Italian navy, the Ancona. Lorenzo had been looking forward to this day for almost two weeks, not because he loved the king and wanted to bask in his glorious presence, no. He hated the king, he hated the monarchy, just as many Italians did and he was hellbent on bringing it to it's knees. He stuffed the watch into his pocket and opened the drawer to his nightstand. Within the cheaply made piece of furniture, buried under clothes and his family bible that his mother had given him before she passed, laid the Baretta Model 1915 that his father gifted to him on his sixteenth birthday. Lorenzo looked at the deadly piece of metal and shook with nervousness as he picked it up. He had never been nervous when holding a gun before, but he had never intended to shoot a king before either. He quickly hid it away in his coat, almost afraid someone would see him with it, even though no one was there to look. He took one last look into the mirror sharply held his hand high in a salute as he said proudly, "Gloria in Italia!". That saying had become a popular one in the Italian nationalist movement, the Black Hand, and Lorenzo had been proud to shout it whenever he got the chance.With his things all set Lorenzo patted at the spot where he had tucked his gun in and took in a deep breath as he stepped out the door of his apartment and began his walk down to the docks.

In Precipice of War - The Big Leagues of NRP (Only generous tippers need apply) → 3 yrs ago Forum: Nation Roleplay
Kingdom of Italy 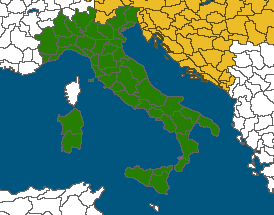 Other:
Nothing at this time.
In Precipice of War - The Big Leagues of NRP (Only generous tippers need apply) → 3 yrs ago Forum: Nation Roleplay
Kingdom of Italy

Other:
Nothing at this time.
In Precipice of War - The Big Leagues of NRP (Only generous tippers need apply) → 3 yrs ago Forum: Nation Roleplay
Hey! I just finished my NS. Should I post it in here first for approval or do I just put it in the character section?
In PringleDingle's Test Thread → 3 yrs ago Forum: Test Forum
Kingdom of Italy

Other:
Nothing at this time.
In Precipice of War - The Big Leagues of NRP (Only generous tippers need apply) → 3 yrs ago Forum: Nation Roleplay
@Dinh AaronMk
Thanks!
© 2007-2017
BBCode Cheatsheet