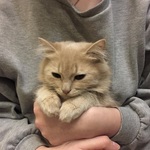 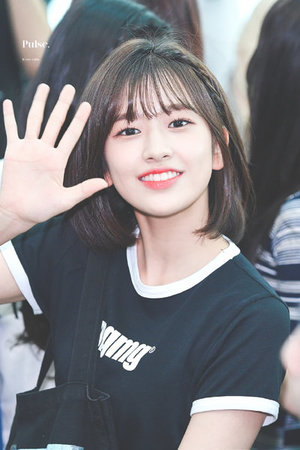 Da Bin steps out of Smokey's, letting the door slam behind her. The white plastic bag with "Smokey's 24 Convenience" printed dully on the front dangles from her elbow, jostling the ramen cups and Oreos inside. Puffing her cheeks out in minor annoyance--those doors were always so heavy--she steps aside to the bus stop, a faded sign that she likes to think was once a bright shade of blue. The bus is late again. She does not really care, because once she's home she'll be bombarded with "it's much too late for you to be out"s and "where have you been"s and "you're grounded young lady"s. Sometimes a girl just needs her Oreos, a concept which her stepfather seems to have not grasped yet. Her reflection is cut short as a bus appears in front of her, so suddenly to appear as though it wasn't traveling, but it arrived anyway. Perhaps she was thinking to deeply--yes, of course, she'd always been a daydreamer. Da Bin pushes her bangs out of her face and boards the bus, paying no attention to the route printed on the front of the bus but assuming it's the one she needs.

The more he hears, the more March likes Rebekah. Admittedly, her culinary experience makes him feel a bit inferior, but anyone who calls him sprouts can't be that bad. Plus she's giggling, which is a good sign. (Though why she's giggling he has no idea--he wasn't trying to be funny!)

”Ok, sooorta speaking of moms, how old are you Sprouts because I'll be honest I can't imagine you being older than 16. Which, you know, is pretty impressive considering you're running a whole kitchen."

16? 16! 16?! He is a whole 17 thank you very much! He figures she means no harm by it--after all, she's probably been mistaken as younger countless times with a height like that. But still.

I don't mind doing smaller back and forth banter sort of posts, whatever works!

Good luck with your finals~
In Café Crème, the Catmaid Café! ♥ → 2 yrs ago Forum: Casual Roleplay

Upon Rebekah's salute and “You got it boss!” March feels quite proud of himself. He smiles softly at the thought of being a boss, straightening out his navy vest and bowtie, and pulls on his kitty apron.

The crepe batter is coming along nicely, so he turns his attention to the croissant dough. He made some ahead this time around, so all he has to do is roll it out and cut it into croissant shapes. He's working quietly, feeling wonderful when he realizes that maybe Rebekah isn't good at cooking and maybe everything will be ruined, and maybe he ought to check in her. So he turns to check, rather panicked, (already forgetting that she makes beautiful pastries,) when he realizes that she is, in fact, quite good. March relaxes.

“So Sprouts, where'd you learn to cook?”

“Mama.” It occurs to him now that this might sound childish. “I mean, she taught me how to cook when I was younger, and then when she had to go work because--” Hold up, March. She doesn't need your whole life story. “Anyways, I had to cook for my siblings a lot so I thought I'd try to make it interesting… Did a bit of experimenting once I got better, had one of my neighbors teach me some stuff… yeah. So like I'm not professionally trained, but I'm good with cooking quickly and ahead of time.” Mission don't spill out your life: passed, but only with a C. He could do better next time. It then occurs that he ought to ask her something, so he simply says, “You?”
In Café Crème, the Catmaid Café! ♥ → 2 yrs ago Forum: Casual Roleplay

March, rather affronted by some random woman he doesn't know marching in and telling him what to do, breathes a sigh of relief when Amelia appears. Amelia, being his boss, can tell him what to do. March, being March, flat out refuses to listen to random women who march in and act as though they own the place. He, being only 17 and therefore still immature, sticks out his tongue at her. (Really, it only gets to the edge of his lips before he bites down on it--she's a customer, so he has to please her! Ugh, some people.)

With Rebekah running off towards the kitchen, Minkyu looking like he might cry, Mari possibly actually going to cry, Daehyun looking uncommonly uncomfortable, Amelia sassing the customer and Monty actually being a “cool dude,” March can only do one thing--fix it, and make it perfect! So there's a rude customer who barged in. So she's basically insulting his skills of preparation. So he would like to die. This is basically like home. Easy peasy!

Having regained his cool, March stands up to his full height, gives Mina his sweetest smile, (this is how he gets what he wants,) and says “Anything for you, ma'am! I would hate to disappoint.” His sarcasm leaks in at the end a touch, but no worries. He'll show her. Showing people up is always fun!

March turns and runs off the kitchens--though not before giving both Minkyu and Mari handkerchiefs--and runs right into Rebekah. He honestly forget she was here and now he has no idea what to do with her… But, since this chaos is similar to home, he'll just pretend she's April and boss her around. (Sorry!)

“Hey, um, Idon'tevenknowyournamewhatamIdoing, can you start chopping up all those veggies for the omelette specials?”

March begins his preparation--making crepe batter, since it needs to be chilled and such--and turns back to Rebekah.

“While you're at it, might as well cut up the fruits as well.”

Sweet perfection. Prepare to have your socks blown off, random customer who honestly needs something better to do than terrifying unprepared new recruits.
© 2007-2017
BBCode Cheatsheet