STATUS: If you want a good adaptation of Tolkien's work, just go listen to Nightfall in Middle-Earth. 7 days ago 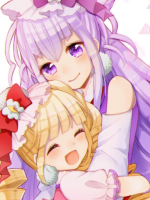 7 days ago
Current If you want a good adaptation of Tolkien's work, just go listen to Nightfall in Middle-Earth.
4 likes
3 mos ago
Isn't that just a Fate RP?
2 likes
5 mos ago
Yeah see apparently "isekai" includes "time travel" and "unable to log out of a VR game". Don't ask me why, I didn't come up with these weird definitions even if I will abuse them to make fun of them.
1 like
5 mos ago
If people can claim that A Connecticut Yankee In The Court of King Arthur is "the original isekai" then I can claim that Army of Darkness is the BEST isekai.
6 mos ago
That's pretty much most slasher movies really.
1 like

In Blades of Iron Roses: An Anime-Inspired Knight RP → 18 hrs ago Forum: Casual Roleplay
Alodia
It was a little overwhelming, really, riding alongside so many people for the first time. Sure, she'd talked to a lot of people since she started leaving the forest, and she'd seen a bunch of them around the castle a few times already, but this was her first time actually out on assignment with them. Admittedly she was riding at the back, supposedly because she was inexperienced in actual combat and due to her not being as physically capable as the actual knights (although with how trigger happy she was that was probably partially just an excuse), but still... Not only that but she'd never rode a horse for this long either! Honestly, she was starting to get a little bit twitchy by this point.

"Then again I guess Granny always said life's all about new experiences!"

Like bandits. Bandits! Back home in the forest you rarely ever saw actual bandits, and when you did they were usually being victimized by wolves or boars or trolls or the angry trees with vine tentacles. Thinking about it, she should probably go back to her cottage at some point in the near future. The trees were probably getting hungry again, and that was never a good thing.

Although really, when she stopped to think about it she wasn't entirely sure what was going on with the bandits. Fanilly (she looked so young and cute! Was she really the leader of these knights?) had mentioned something about one of them being a king or something, and something about a rebellion. Honestly, trying to remember everything the captain had said made her head hurt. Politics and current affairs were definitely not her area of expertise, after all.

Speaking of Fanilly, she seemed to be about to give the order to dismount. At least that was something she could understand. After all, if she forced her horse to cross rough terrain and ended up getting it hurt, the horse spirit would probably be disappointed in her at best.

Now, if only she could remember how to actually dismount this thing.

"Yeah, I know, you probably think it was good for me to get out there and see the rest of Japan, maybe get a bit of perspective or something. You always said that's what you wanted to do when you graduated, didn't you?"

Naoko Hifumi let out a hollow laugh, hanging her head as she sighed.

"I wish you could've been there with me, Rena. You'd have loved it."

It never got easier. Even after three years, whenever she thought about it... It was like there was a gaping hole in her chest, like something vital had been carved right out of her. And there was nothing else she could be thinking about as she kneeled in front of the Katsuragi family grave. Still, she'd learned to keep at least some composure after all this time, even if it took a full year for her to not break into tears whenever she came here.

"Heh..." She knew Rena couldn't hear her. All there was here, all that was left of her, was a slab of stone and an urn full of ashes. She was gone, and that would never change no matter how hard she wished it would. But no matter how much she wished she could see her again, she knew Rena would've wanted her to keep going, to keep on walking and keep on fighting no matter how painful it was. So that was what she would do, and that was why she was back in Tokyo. Even if she couldn't find the closure she was looking for, even if she couldn't finally find out the truth of what happened that night, she still had to keep fighting even if it was just to ensure no-one else had to go through this.

Bowing respectfully to the slab of stone, Naoko left the cemetery, the pain in her chest only slightly numbed.


By the time Naoko got back from the cemetery, it was already dark. Convenient, really, as true to their name Shades mostly came out at night. It had been a while since she'd patrolled Shinjuku but it wasn't like much would've changed over the past year, so after grabbing a can of coffee she began following her old route.

"Wonder if anyone took care of this whilst I was away..."

She took a sip as she strolled the streets, idly checking her phone for any Shade sightings as she did.

"...Fox?" That sounded vaguely familiar. If it was who she thought it was, she wouldn't have much trouble with a minor Shade, but it was the first lead she'd actually gotten tonight so she may as well follow it. Ducking into a nearby alley, she prepared to change.

"Where there are demons, I slay them."
"Where there are saints, I slay them."
"Mine is the way of the sword."
It was... Silly, really. When she first became a magical girl, her nerdy older brother somehow found out and insisted she use this phrase he knew from... Something-or-other she didn't really know... Whenever she transformed, and somehow it had stuck. If Naoko really cared about appearances, she would probably have worried that she sounded like a big old dork saying this edgy incantation as a black, almost militaristic uniform appeared on her in a flash of light. And like another flash of light, she headed straight towards where the Shade report had came from...

...And as soon as it was in her sights, with a wave of her arm the Shade suddenly resembled a giant pincushion, albeit one where all the pins were katanas.

"I'm here," she stated flatly, before noticing the fox-tailed magical girl who'd sent the call. "Yukimura, as I assumed. Been a while."