9 mos ago
Current hey, i'm busy right now. I really will reply later
9 mos ago
i want to write a story so bad

hi, i'm summer. i'm a tomboyish girl sorta and i love playing video games
I have a computer that's been broken for 4 months and now that I can't play any games, i'm back to roleplaying
I trade stocks and write books on the side
i once got into a dungeon and dragon's game (Might and Magic VII) that i lost so much track of time that i peed myself
i shoot lightning bolts when i'm asleep, so nobody dares to wake me
That's all for now!

In Future of Pern _side story → 2 mos ago Forum: 1x1 Roleplay
can we talk about the story that we want to make?

my original idea was that, in this alternate dimension, my hero uses your hero's teleportation ability to teleport to other weyrs to gain allies against the evil bad guy, Bryo

is this ok with you?

what type of story do you want to make?

@Omni5876
In Future of Pern _side story → 2 mos ago Forum: 1x1 Roleplay
do my people in my weyr know about the concept of INBETWEEN?
do my people know that you came from the future or the past or from another place on pern (and teleported to your current location in my weyr)?
In Future of Pern _side story → 2 mos ago Forum: 1x1 Roleplay
"Get inside, Lyda!" said her father, who then climbed onto his dragon. Together, her father and her father's dragon shot into the air at a speed that awed Lyda. His four guardsmen did the same thing. Not before long, all five dragons had already fallen into rank with all the other dragons of the Weyr in the sky. All her father's dragonmen and their dragons formed a formation, which was a 80-dragon arrowhead that faced the incoming enemy dragons that were still far far away. Her father led this arrowhead at the tip.

"He will know when you are killed," said Franth.

"Oh, why fear? My father will win this battle. Bryo's dragons will never reach you and me. We will watch," said Lyda.

"If that is your choice," said Franth.

Together, Franth and Lyda stared into the red sky as the battle unfolded. Her father's dragons were so far away, yet Lyda had amazing eyes. She could see everything that happened.

As she watched, she couldn't help but feel entranced in the battle and its outcome. Her fate rested on her father's battle skills. If he lost, she would die. If he won, she would live, and Bryo's men would die. She wanted so desperately for her father's dragonmen to win this battle in the name of all the people in her weyr. Bryo, the man who wanted to kill her father, would show no mercy to those who rebelled against Bryo. Bryo would kill everyone even if they surrendered, as an example to all who opposed Bryo. Her father had to win.

And so, she watched. Lyda reminded herself that there was nothing else she could do. She was a child. She could only watch. And learn. As the two groups of opposing dragonmen reached firing distance of each other, Lyda tried to suck in every detail. She made several observations.

As the two opposing dragon forces intermeshed, Lyda made her first observation: it was easier to kill while chasing a dragon who moved in a parallel direction, so head to head intersection battles were frequent. Her second observation was that the accuracy of each dragon's fire was a big component to a dragon surviving. Her third observation was that: anywhere it happened, double teaming made it much more likely for a side to win. Her fourth observation was that speed was the most critical factor that led to a dragon's survival. If a dragon could not fly fast enough, it would get double teamed. And if it could move fast enough, it could double team an opposing side's dragon. Her fifth observation was that morale was a big factor. Her father's dragons had incredible morale, because they were fighting for their lives and the lives of their comrades and their families in the Weyr who they protected. The enemy's dragons - Bryo's dragons - did not have this morale advantage, and so they were much less willing to risk their lives to win this battle. Instead, they were much more likely to flee when things looked bad.

The entire battle took twenty minutes to finish. By the time it came to a close - even though Bryo's side had more dragons - it was Bryo's dragons who fled in retreat. her father had won!

Lyda screamed in elation. Her father had won! Her vision was so accurate that not only could she tell that her father, who led the spearhead, had lived, but that each of his closest guardsmen had lived as well. Everyone she cared about had lived! Most of all, she had learned. Her father - so brave - had won. This sent shivers of admiration up her spine. Better yet, Bryo's men had lost. Lyda was one step closer to seeing Bryo's downfall.

Yet she knew Bryo would come back with even more dragons - and more, and more. Bryo had so many henchmen - men who followed Bryo out of fear, or was it tyrannical loyalty to Bryo's evil charisma?

The war was not over, but at least Lyda would live another week or month before the next invasion occurred.

That was when she noticed something very odd. Another teenager was here too, but Lyda had never seen him before. He was a stranger to her weyr. Who was he? Why was he here? How did he get here? This teenager gazed at her curiously, and so did she. Both this mysterious teenager and his dragonnet were out of place, as if they didn't belong here or, for that matter, this time.

"Who are you?" asked Lyda. "Why are you here?"
In Future of Pern _side story → 2 mos ago Forum: 1x1 Roleplay
woops... after writing my ic post, i just realized that you're in the south and i'm in the north. can you pretend you're in the north and is in the same weyr as me so our two characters can interact?
In Future of Pern _side story → 2 mos ago Forum: 1x1 Roleplay
Lyda Cumela loved the idea of flying. One day, she dreamed that she would be able to ride her dragonet across the red sky. She'd dive through clouds and feel the wind on her face. And she'd be able to say that she was truly a dragonrider, just like her father, the Weyr master. One day, she would fight amongst her father and rid her family of her family's enemies. That would be the day she could be proud that she had succeeded her father's wishes.
But that was not today. Today, she was only 13 and her dragonnet was barely larger than a cow.
Today, all she could do was pet her dragonnet, whose name was Fran. Fran was a young female dragonnet who had just hatched weeks ago.
"Fran, Fran, Fran," whispered Lyda. "One day we will do battle in the clouds, but until that day comes, our only goal will be to grow. My father's enemies can wait."
"I'm afraid not," telepathed Fran. "I hear dragonsong coming from the east."
"What of it?" said Lyda.
"They are not our dragons," said Fran. "It is an invasion force."
This shocked Lyda. "Today?"
"We must go," said Fran.
Suddenly, the horn of the Weyr sounded. All the dragons nearby (and their dragonriders) grew alert. "An invasion force!" yelled the ranks of dragonmen.
"Quickly. We must hide," said Fran. "We must allow the adults to do their duty."
Lyda followed Fran as they headed into the Weyr. Everywhere, adult dragons drew battle harnesses and began stretching their wings for the coming battle. Lyda saw her father, who was arranging a quartet of his most trusted guardsmen (and their dragons) in preparation for the coming battle.
"Father!" said Lyda.
"Not now, Lyda!" said her father. "Get inside, and don't come out until the horn is sounded!"
"Yes, father!"
Lyda and her dragonet scurried into the Weyr. She wanted to be just like her father one day, but today was not the day. She admired her father, but at the same time, she couldn't help but feel fear despite her father's bravery. As leader of the Weyr, her father would be the first target of the enemy dragonriders.
The enemy... she hated them. They were led by this man named Bryo, who wanted control of all northern Weyrs. An ambitious evil man - someone Lyda was told again and again never to involve herself with when it came time for her to pick a mate. She wanted to kill this Bryo, but she was too small to do it.
She looked her hands. They were still a child's hands.
One day, she promised herself. One day, I will put Bryo out of his misery, and my father and all the other Weyrmasters will have peace.
In Future of Pern _side story → 2 mos ago Forum: 1x1 Roleplay
i have to tell you something. i have never actually read any of the books. so if i write my post, i won't be able to utilize all the concepts that one learns from reading the books. i'm basically starting fresh. 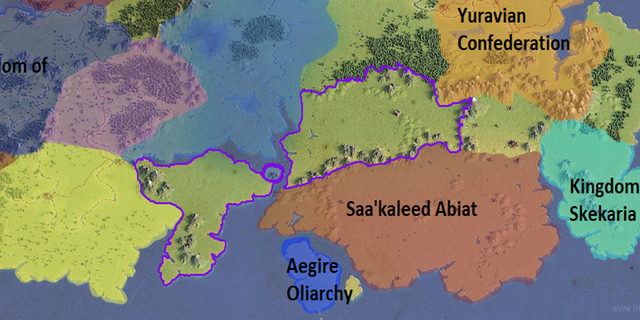