STATUS: Emotion of the day: Relief. 14 days ago 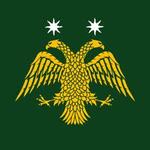 14 days ago
Current Emotion of the day: Relief.
2 likes
23 days ago
Started a new project, then found out I have no energy left for it. Mental exhaustion is just... ugh!
26 days ago
Hmm... It seems that mistakes are legitimate opportunities to learn from, not (just) messes to erase or cover up.
1 like
1 mo ago
Perhaps its time to dial back; let others have the spotlight.
2 mos ago
New development: I now know when to back down instead of constantly escalating. Just thought you guys might want to know.
2 likes

There are a few pirate clans scattered about, but nothing worthy of forming a nation out of. Anarchic space is going to be synonymous with dead space, ruled by Scourge or pirates.

I see. Hmm, to be honest, give me some time to try and get inspiration - If you don't hear from me after a while; assume I didn't find any for this RP.

Edit: Sorry too if I was rude; that was not the intention.

Edit 2: And... I saw an opportunity to join an entire site dedicated to a single ASOIAF RP. Sorry about this, but it seems I might not be able to join this game - Apologies/Sorry!
In The Tide Will Return (Space, Nation, Fantasy) → 14 days ago Forum: Casual Interest Checks

Whichever you like. There are existing nations you can create a character within, or you can write up your own. I'm not gonna say what to do like I'm recommending a lunch course to you. Taking over an NPC nation would be rather difficult, though I suppose not strictly impossible. As for building one, that's up to your writing, isn't it?

Yes, true. Are there any relatively anarchic places where I can carve out a nation from NPCs?
In The Tide Will Return (Space, Nation, Fantasy) → 14 days ago Forum: Casual Interest Checks

Not really. Zark's race has some bender-type powers, but they rarely occur. Wide-spread or naturally occurring psychic powers would be rare and... I dunno. Maybe. You'd have to really sell me on why your character or race should have psychic powers.

Understandable. So, what would you personally recommend? A character or a nation?

Can a character build a Nation or take over an NPC one?
In The Tide Will Return (Space, Nation, Fantasy) → 14 days ago Forum: Casual Interest Checks

Still breathin', people, just had some unfortunate disappearances. A few folks who expressed interest have just not been seen again, for example. I want another person or two, really. And maybe I should make some finalized sheets. 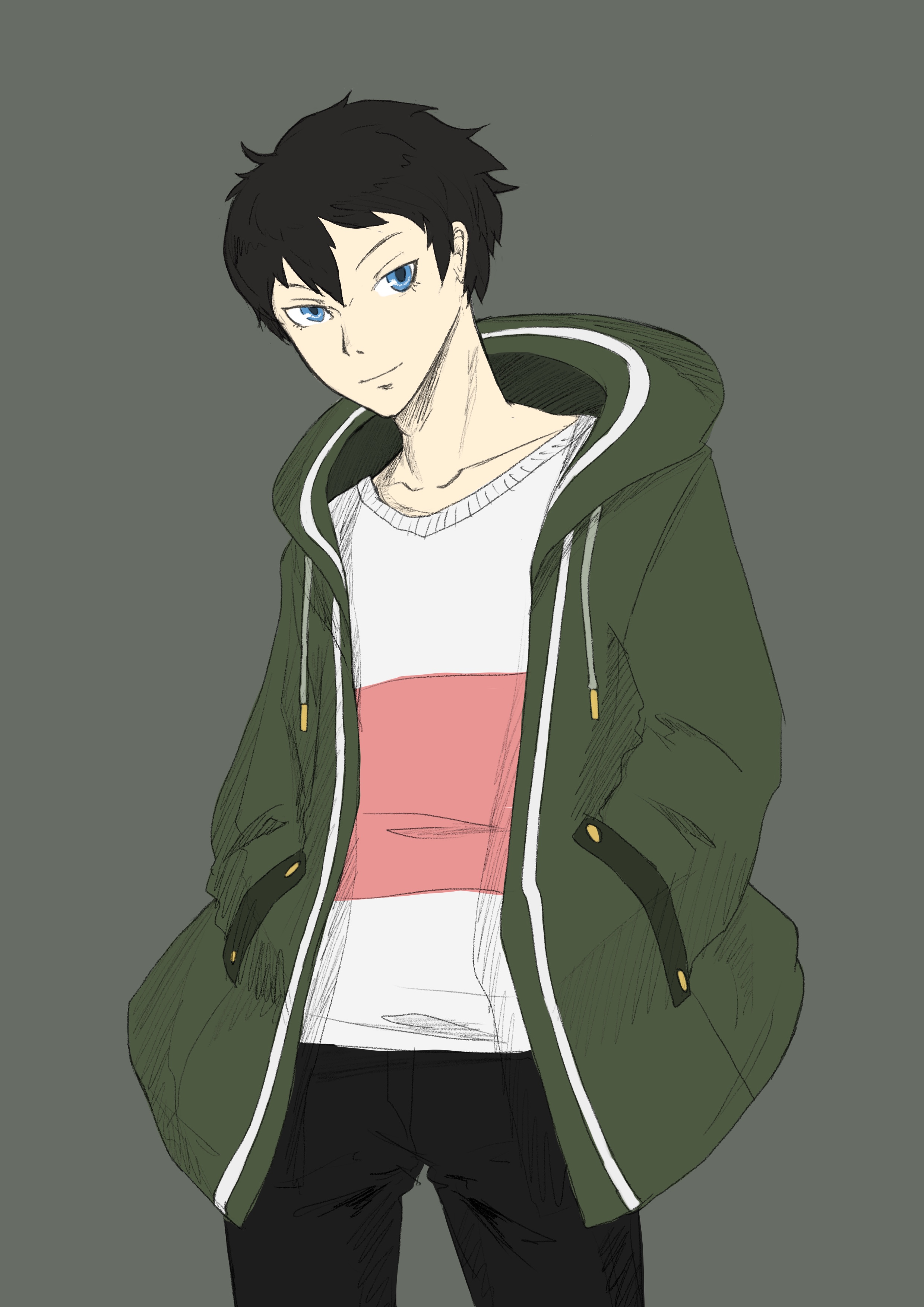 Biography: Ken’s earliest memories were of flames, blood and hunger, as his family fled with a convoy of refugees towards a flotilla of ships which led them to the city of Rhea, the jewel of the world. There, he remembered kind faces, warm soup, and the faces of his parents, who had fled their plagued homeland of Izumo in order to find refuge in foriegn lands. As his parents worked to feed and educate him, Ken’s gifts, physical, mental, and magical, manifested themselves, opening the gateway to a more privileged life, as it was clear that he was given the favor of a very powerful God or Goddess.

Nevertheless, despite the privileges given to him, Ken remembered what it was like to be weak, to see himself and others suffer, and appreciated the sacrifices his parents made for their family. But at the same time… There was something dubious about the stories they told him about why they left, about the details of the plague in Izumo. For one thing, they refused to discuss why they became refugees, being content to imply that they were mere civilians, even peasants, who fled the plague. But if they were really peasants, why did they look so… aristocratic?

One day, an envoy from Izumo came to their house, addressing his father as ‘Imperial Prince’ within Ken’s earshot, and Ken’s life changed forever. It seemed that the reason for the plague was Ken’s grandfather, the Emperor of Izumo, trying to experiment with a piece of the Ancient Evil in an attempt to win a tournament, and cursing his land for ten years as a result. Now, those ten years had passed and Ken’s Uncle was the new Emperor and was inviting him and his family back to Izumo to take their place as Imperial Nobility.

The following night, both of Ken’s parents, whose real names, he learned, were Shinsei and Maki Ikari (with Maki’s madien name being ‘Illustrious’) receieved a message from a mysterious source saying, ‘Don’t trust the envoy’. Said message came from a member of the newly-formed Vigilantes, but he didn’t know who. And sure enough, when Shinsei followed the mysterious advice and refused to return to Izumo, the Envoy left, but not before making veiled threats, which were followed up by assassins trying to kill the family during another night - The family was able to easily beat this challenge.

After that, Ken, who was already studying at St. Laurel’s, joined the Vigilantes, hoping to find the person who gave them the mysterious message and also to find out how and what they knew. Earning a reputation as a courageous, intelligent, and driven boy, Ken also learned to respect King, the leader of this new faction, as well as his fellow group-members, many of whom he learned to sincerely like. He also discovered he was bisexual and liked both other boys and girls, but he regarded that as unimportant when he still haven’t found the person who gave his family the message which had saved their lives.

He did, however, discover that the assassins targeting his family were sent by his Uncle, who was afraid that Shinsei, Maki, and Ken were able to claim his throne…

Core Power: Highest Heaven, Lowest Hell - Ken has the power to strengthen all nearby Magic, whether it be positive magic, negative magic, his own or other people’s. However, he can control what specific spells he strengthens and who he empowers. If need be, he can either empower a group of about six others with his powers as well as himself, thus making him an asset in single or group fights.

First Power: Gimlé, the Glittering Paradise which survives Ragnarök - Not actually a power so much as an enchanted item Ken commissioned from St. Laurel’s Engineering Section and then amplified by his abilities, Gimlé is a ring which when worn by Ken, projects a shield of glittering, golden light which protects against magical and physical attacks, but can be broken by enough force.

Second Power: Ankh of Life - Another enchanted item, the Ankh contains a mild healing spell which Ken can amplify until it can regenerate major wounds and replenish blood, and (at a high cost to magical energy) regenerate limbs.

Third Power: Ame-no-Murakumo - A straight, double-edged sword which is nevertheless unlike ‘western’ blades, the Ame-no-Murakumo is an ancient heirloom of the Izumo Empire which nevertheless ended up in the possession of Ken’s parents as they fled towards Rhea. This sword not only has a fine edge, but can also control the wind; both attributes can be enhanced by Ken’s Core Power.

Nevertheless, Ken holds himself back when using this blade unless facing a serious threat; he does not want to waste its power on trivialities…

- Part of the Vigilantes.
- Loves his parents, Shinsei and Maki.
In The Final Conquest → 16 days ago Forum: Nation Interest Checks

Let me put in a caveat, though; I need to make sure I have mental and creative room for this first.
In The Final Conquest → 16 days ago Forum: Nation Interest Checks

The Concept:
A vast world divided in several continents and even more factions. The goal? Total domination.
Each player creates his/her own faction/nation within the world, or joins as part of an already existent one.
The players in the world engage in several ways, such as Political-military-diplomatic RP between factions or subfactions. This is where the real test of intrigue and determination is usually put! But epic, large scale nation-centric rp is not the only form that can be seen, as thhere may be players interested in hosting Lore Events. Tales DMed by people owning factions, who wish to let players explore further the lore of each land or faction in more narrative, or personalized stories.

This endeavor is to open a large world with a cooperative and competitive conquest system, allowing the players to make their own mark in the world.

The setting is Medieval-styled fantasy. Magic is meant to be present, yet there may be players who wish their nations being more into arcane, while this is not a prerequisite.

I am actually also thinking to establish a very loose mechanic for players to be able to evaluate eachother's army's or character's strength level, so that there will be no space for misinterpretation, should the engagement becomes competitive!

SO, with these said, I was curious to see if people would be down for such a setting, so that I could shoot some mapping and preparation for the fun to launch!

I might be interested, yes.
In World of Darkness RP Test Page → 23 days ago Forum: Test Forum
World of Darkness: Heart of Infinity (Anime Facelcaims Permitted; Sorry if you disapprove.)

Infinity City is the newest metropolis in the US, built on what was once Olympic National Park during the closing years of the 2000s' as part of a plan to stimulate the economy. A controversial project even among the many conducted in the World of Darkness, Infinity City was advertised to be a showcase of future technology, where all races and classes can live in peace and prosperity, law and order, where new methods of administration and education can be applied without restrictions from 'tradition' and 'culture'. Obviously, it was too good to be true.

Those who thronged to Infinity City for new opportunities found themselves preyed on instead, not just by Mortal swindlers and oppressors but by Supernatural beings who hid in the shadows and sought to influence the fate of the city. Vampires who sought blood and power, Werewolves who wished to protect the Earth but hated civilization, and Mages who sought to 'guide' Humanity to 'Ascension' according to their chosen ideals, Infinity City eventually became a secret battleground. For its fate will decide Humanity's doom... Or salvation.

Long story short, this is a World of Darkness (Old World of Darkness, specifically) roleplay set in the fictional city of Infinity, Washington. You get to play Vampires, Werewolves, and Mages (other Supernaturals need GM Permission), in an Open World where you can focus on politicking, action, and crime even as a greater threat rises in order to test your spirits...
© 2007-2017
BBCode Cheatsheet