STATUS: Binged Chilling Adventures of Sabrina and fell in love. Was skeptical at first since it was by the same people who produced Riverdale but I was not disappointed. 2 yrs ago

2 yrs ago
Current Binged Chilling Adventures of Sabrina and fell in love. Was skeptical at first since it was by the same people who produced Riverdale but I was not disappointed.
5 likes
2 yrs ago
Heard my manager say "I couldn't give less of a fuck" and I think I'm gonna replace "I couldn't care less" with that piece of treasure
7 likes
3 yrs ago
Finally back! Apologies to my RPs I'm behind in I'll be using the next few days to catch up when I can!
3 yrs ago
Currently on a trip for 10 days apologizing to all the rps I'm in I'll try to remain active/contribute as much as I can while traveling around
3 yrs ago
Finished season one of Wynonna Earp and now has me in the mood for wearing leather jackets
1 like

Kimmi
Age:21
From: United States
I enjoy making playlists on Spotify, art, and reading webcomics (LINE WEBTOON to be exact)
Favorite genres are: drama, modern, slice of life, school
Also, do banners and signatures as a small hobby
Currently in college dying getting a digital arts degree
And always looking to make new friends!
If you're chill, like 80's music, standup comedy specials on Netflix, or memes I'm yur girl.
Also I have a pet bunny named Luna

Haji scans the variety of faces in the room as soon as he was done talking. Some fortunately played along and started forming a circle of joined hands. Others however, were rightly suspicious of the act.

"Right you are, who doesn't like games? Although I am being serious about this matter." He eyes down those that were still wary and gives them a reassuring smile. "But you'll just have to trust me on this everyone!" As soon as Haji is sure that nearly everyone was holding hands with one another, with all hands leading back to him he announces-

"Now everyone close your eyes! If not, it'll blind you for a good minute." But before anyone can ask what he meant, a bright blue light shimmers around the group. In a flash, those who were participating in the circle immediately vanished from the common room. 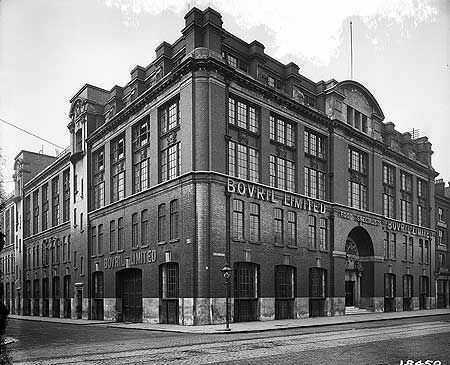 Just a second later the group reappears in the lobby of a newly rebuilt factory. It was all disorienting teleporting almost a dozen individuals, all of whom were not prepared for their little instant trip across the river. Haji- with sweat now beading down his forehead merely laughs and starts apologizing to those who had the unfortunate timing of keeping their eyes open.

"Alright everybody welcome to headquarters! I'm going to go retrieve the remaining souls that decided not to join in on our fun but Ms. Alice will take care of you from here!" The man in the green turban vanishes once more leaving the recruits still dazed.

Alice who stood watching all of the chaos unfold then approaches the group, a record book in her hands. Most of them have seen the woman before from being helped moving into SBH, adjust in London, or have met through knowing Edgar Kinsley. She lets those whose eyes were blinded recover before speaking to them,

"Welcome recruits to the Bovril Limited Factory. Or to us it will be the headquarters of our operations here in London." Her eyes fall upon familiar faces among the group but her tone is kept formal.

"I have to apologize for Haji's behavior... that's just his way of welcoming you all to the family." Not a moment after she mentions the crazy turban man, he reappears with the remaining recruits. He does the same thing with the last group that he did with the first before giving a salute to them all and vanishing once more.

"...As I was saying, I know we all called you here for the introductionary meeting. Although it will all be your first day here at the agency, we've planned something different in mind." Alice's face switches to a more serious tone as she flips through the record book in her hand. "Our city of London has fallen in the hands of those who will use their powers for something more wicked. Therefore, your first case begins today and how you handle it will determine if you truely are the right fit to serve the Queen's Hand."

The two double doors behind Alice creaks open and the group is ushered into the next room. There, old machinary fill the floor and in the center a woman of African decent stands beautifully tall, her eyes glow an intense gold and the lights seeping through the windows seem to create a spotlight on her. Alice leads the pack to the center and gives a slight bow to the woman dressed in colors that further compliment with her eyes.
"Ms. Yoma Jang will explain more details on the case with you. She will also be head of our intelligence department." Alice gives Yoma a nod before heading back to the lobby, passing the recruits along like a bunch of school children.