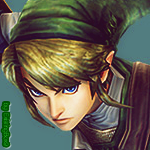 Reason for being present in the Bitter End
A two-fold plan: To seek the buyer of the stolen lightsaber and retrieve the ancient Jedi artifact for his own ends and to seek the potential thief, the rumored "Heretic Sith," Darth Callidus, to slay and officially become a Sith Lord himself.

Looks
Syn is a tall man (6'2") with a slender build. He is athletically fit and possesses an acrobat's grace, all of which allows him to perform magnificent and demanding feats as both a Dark Jedi and a bounty hunter. His hair is black and falls to his waist, his forelocks cut above his eyebrows so not to obscure his sight. Tan skinned, Syn appears to be a man who grew up on a desert world.

The bounty hunter had kept his original black jedi robes, removing the sleeves and replacing the traditional Jedi outer robe with a hooded, sleeveless long coat. In addition, he modified his appearance further by commissioning durasteel armor (sans pauldrons) to wear over the robes and tabard, along with a unique helmet.

Held on his back by a magnetic holster, Syn possesses a blaster rifle-- a modified Westar-35 Blaster Carbine. In his right durasteel thigh plate is a built-in pistol holster for his DC-17 Hand Blaster, which was modified with a longer barrel. On his main belt is a lightsaber which emits an orange blade.

After becoming a bounty hunter, Syn got a tattoo of a black chain that wraps around his left bicep.

Personality Description
Syn is a cold individual with a professional disposition. Prone to being silent and only speaking when necessary, the Dark Jedi's confident and stoic demeanor provides him with an intimidating presence. Described as being highly intelligent and bold, Syn never shies away from danger-- however, he is never reckless. On both the battlefield and in everyday life, Syn is always a strategist and tactician; always manipulating, always misleading. Always having the upperhand.

Cynical and callous, Syn has little regard for life and is quick to distrust others. He keeps his concerns to himself and always seeks to exploit those he believes are plotting against him. Despite his dark nature, Syn keeps his word when he gives it; though if his promises endanger him, he will seek alternative ways to circumvent these promises. A survivor first and foremost, Syn is selfish and cautious, unwilling to compromise if there is a greater risk to him and his goals. Pragmatic, Syn will use whatever he can to survive or to gain whatever he desires. To him, everything is a weapon, a tool, for his own grand schemes.

Unlike most others that had fallen to the dark side, Syn seems to keep himself in a perpetual state of calm and refuses to act on his emotions. Rather, he exploits his own emotions as a tool to achieve his own ends, using them as fuel for his actions. Syn seeks complete dominance, not just over the galaxy by means of shadows, but over the idea of the self and the dark side. Thus, he can be seen as both patient and cruel, as well as secretive and introspective.

Despite his ambitious goals, Syn is content being a bounty hunter. As a bounty hunter, he is able to collect credits and information with ease, as well as raise his reputation as a fearsome individual; a fact that pleases him greatly.

Syn Dumarr was brought to the Jedi Temple on Coruscant at a young age. Raised as a youngling, Syn became a Padawan to a purple-skinned twi'lek Jedi Knight by the name of Xara Anube. During his time as her Padawan, Syn had grown close to his master at the nascent of the Clone Wars and had learned her style of Form II [Makashi], which possessed elements of Form III [Soresu]. Syn, however, favored Form III to such a degree that he inverted his master's style to suit his own. He was regarded by his master as a prodigy in lightsaber combat; however, he was also seen as a troublemaker due to his naive and inquisitive nature.

During the Clone Wars, Syn would often be separated from his master for missions. This brought great strain to the Padawan, as he did not desire to be away from Anube. Despite his victories as a commander, the toll of those many battles had resonated deep within him. The loss of the innocent and the presence of the dark side brought about by death echoed around him. Near the war's end, Syn was no longer the bright eyed and curious padawan-- but a worn down soldier disillusioned of the Jedi teachings. During their last mission, Xara Anube sought to put the young man at ease, though her attempts were batted aside by Syn's newfound cynicism.

When the clones turned on the pair of Jedi, Anube had Force pushed Syn over a cliff in an effort to save him. As he fell, for just a single instant, Syn saw his master gunned down by their entire battalion. Syn survived his fall with the help of the planet's locals; though they should have let him die. Nightmares of the war and visions through the Force plagued the young padawan as he lay unconscious in a bed and his attendant had the misfortune to be present when he awoke. The young woman died as Syn crushed her throat with the Force. Dead was Syn the Jedi Padawan; now arose the Dark Jedi Syn Dumarr.

The war had been pointless. The Jedi had failed. The galaxy had betrayed him. In his grief, Syn performed a vile act of killing everyone who attempted to help him. Whether or not any remaining clone troopers had discovered the sanctuary did not concern Syn. He only cared about leaving the galaxy to its fate. He sought the Outer Rim.

Upon arriving on Tatooine, Syn spent some time hiding before his grief solidified into a crystalline goal. His ultimate revenge against an uncaring galaxy. He would master the dark side, he would rule and undermine the newly founded Empire, and in its place, among the dead and the shadows, he would have his own empire truly worthy of a Sith Lord. However, like any other war, he needed an important weapon. A weapon that could win wars. He needed information.

Simon waited...
In Scattered Shades: Arcadia Chronicles → 5 yrs ago Forum: Casual Roleplay
@tex I'm gonna have to drop from this. I have too many things going on right now and I don't have the energy to keep up. I'm sorry, mate :(
In Scattered Shades: Arcadia Chronicles → 5 yrs ago Forum: Casual Roleplay
Lone listened to Luke and he felt highly unsure. Paranoia sent his mind into a spiral and the lack of a plan made it all the more worse. Could it be a trap? To destroy the Diver's that actually cared enough to preserve their way of life? Lone did not trust Luke and his ilk. Tactically speaking, using the chaotic Diver's against organized mages would be beneficial, especially if the mages from Arcadia were rather green around the edges. But something didn't feel right, nothing sat well with Lone. The warrior sighed and shook his head, though he immediately stopped with Jenson and Luke. Was there a sound? Lone didn't hear anything, but he was also so deep into contemplation that the entire world didn't exist to him. Lone looked around, incredibly wary.

Edging for a fight while also worrying about other things... what is wrong with me? Lone thought, feeling as though he had dulled as a warrior. However, he disliked the idea of unnecessary bloodshed. If Luke and his gang were trying to pull anything, Lone made it his top priority to take them down when the entire skirmish was over.
In Scattered Shades: Arcadia Chronicles → 5 yrs ago Forum: Casual Roleplay
*sighs* Dammit, life is getting annoying. I'll try and post soon. I couldn't get around to it Monday due to guests. I closed at work Tuesday and immediately went to bed. Yesterday was... not my greatest day...

I'll try and post when I get off work tonight.