STATUS: I'll be leaving now. It was fun seeing how abysmally low the moderation team has fallen in my absence, but uh... NO THANK YOU? I advise everyone to do the same. 2 mos ago 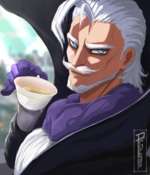 2 mos ago
Current I'll be leaving now. It was fun seeing how abysmally low the moderation team has fallen in my absence, but uh... NO THANK YOU? I advise everyone to do the same.
2 likes
2 mos ago
Isn't it impossible to post in that thread though.
1 like
2 mos ago
Why the hell would that be deleted.
2 mos ago
What was this "PW" thread anyways.
2 mos ago
Yes. Shoot me a DM.
1 like

Nihilist, but like, the cool type of nihilist, you know?

The moderation team of this website are entirely incompetent. If you're reading this profile, leave this website while you still can.

"I'm above killing children. It's the only rule I must abide by. The only rule that the Sullen Pirates must abide by. But you aren't walking off this boat without losing something." She tossed Molly onto her bed and stomped over towards Shane. "You take something from me, I take something from you."
In Rise of the Shield Hero - From Another World → 2 mos ago Forum: Casual Roleplay
Marcus tried to take the information being slung at him in stride, but it was too much. His mind went blank as the priest went on, until they were finally escorted single-file out of the dank little room that they were... "Summoned" to. Magic, heroes, weapons, danger, prophecies, and to top it all off, a child king. It was like trying to dance along a thin rope while having knives flung at you one after the other. There were many points where Marcus was keen to object. Points where he had the urge to shout his confusion at the top of his lungs and demand the attention of everyone in the room, but his energy was sapped. Cruel memories of his collapse several years ago made him impish, too insecure to speak his mind, even now, in this insane world of nonsense.

He didn't nod. He didn't acknowledge anything being said. Marcus kept his eyes glued to the ground, almost unconscious on his feet as he stumbled into the lineup. He'd glance over at the other heroes briefly whenever they spoke with disdain. Two of them were readily accepting of this new world, like they had nothing back home to return to. Maybe this was a paradise for them. Maybe being torn away from a life that had yet to even begin was like a blessing. Marcus didn't feel the same way though. He was torn away from his home. Ripped from rebuilding his legacy. Perhaps worst of all, he was being escorted around the cold halls of a castle in nothing but his bathrobe. What a hellish outcome.

When the king spoke of statuses, Marcus rose his head. His right eye caught something peculiar near the corner of his vision. It seemed tangible, yet, fused with the atmosphere like some ethereal mechanism. A menu? Like, the kind of menus you'd find in those old role playing games from the 90's? It's been so long since he'd had time for video games, but as soon as he reached for the little node, memories came flooding back, and the windows the popped up flooded him with nostalgia.

Marcus shut the window, only to be greeted by a hulking loudmouth with a straightforward proposition. It sounded more like an order though, something they were forced into whether they liked it or not, much like this whole 'hero for hire' garbage. The hierarchy was starting to become clearer, but as far as he knew, the heroes was more indispensable than anyone in here. Maybe with that leverage, he could find a way out of this terrifying dream state, and back into the real world.

Just after catching his bearings once again, he was approached by one of the vassals presented to them, a small girl with long brown hair. The girl's voice was soft, almost that of a child's, but she spoke with the poise of a lady. Normally he would have the wherewithal to return her request professionally, with due elegance, but the situation still had him staggered. With fog still rolling through his head, he looked the girl over and opened his mouth to speak, but tripped over his words.

"You- Um- It's quite-" He stammered, "Sorry. Forgive me. This still doesn't quite feel like reality to me. To be told so many things and expected..." He paused and looked to the king. Marcus cleared his throat and strengthened his posture. With one hand, he tightened the fuzzy belt around his robe, and rose his voice so that he would be heard clearly by all.