STATUS: Can I just uh...delete that weird as pm? 1 yr ago 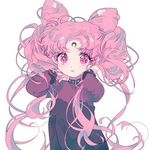 1 yr ago
Current Can I just uh...delete that weird as pm?
1 like
2 yrs ago
Making my reply rounds 👀
1 like
2 yrs ago
I’ll be making replies to rps tomorrow!! Also I’ve just finished watching the first season of My Hero Academia and I wanna RP it so bad bc...big gay cuties OuO
1 like
3 yrs ago
Making my rounds of replies! Hopefully I’ll get them all finished today but if I happen to miss you just know I’ll be finishing up replies this weekend as well!
3 yrs ago
fuck florida and its hot ass weather >.> Fucking hate the heat
3 likes

In Usagis CandyShop (1x1 Partner Search!) → 2 mos ago Forum: 1x1 Interest Checks
Hello! I’m currently looking to double up on a Harry Potter roleplay!
Dm if interested!
In A Night Out ( 1x1 Search, MxF, FxF 18+) → 4 mos ago Forum: 1x1 Interest Checks
Hello and welcome to this little thread of mine! I’ve been craving a pretty intense plot full of the ups and downs of debauchery! This plot can go anywhere you like, can be a long term story or something more simple and short term! All I ask from you is being able to write in third person POV and give at least 3 paragraphs a response! I am open to a male counterpart, a female counterpart of even a female futa counterpart! I will accept anything from humans to anthros to mythical creatures, whatever floats your boat!

You have the option of choosing a personal thread or a pm roleplay! You can either simply pm me continuing from where I left off or we can discuss ideas first and then you can reply to my starting plot! I wanted something more simple and laid back so don’t feel forced to reply super fast all the time, I work so I understand! if you wish to continue the plot with me, simply let me know! I have no limit on how many want to do this, and without further ado, the plot! 💕

The Plot:
Penelope Von De, a successful and well respected business woman on Wall Street. Standing as one of the most popular companies within the states, she has become quite the force to be reckoned with. Her age, appearance and so much more had quickly become the face of business corporations, helping her rise to power. However, Miss Penelope wasn’t just a blue collared business woman, no she was quite the party animal as well. A week prior to the new year, a night club opened up in the downtown district, instantly gaining in popularity thanks to...no limitations on how far you could go.

It is said that the club had the addicting stench of drugs and sex, leaving others to give in to their darkest fantasies. A place such as this breaks all the rules, destroys the very foundation that the local police officials have been trying to make. So, how could something like that simply exist without consequence? Simple, one of the most powerful people own this club, Penelope Von De. It was believed that she’s tipped off the police, funding them for whatever they could desire, corrupting them to her will. She runs the bustling city and runs the toxins that get put into it, though it’s rumored she never makes an appearance in her own club..that is until tonight.

It was another boring, straight edged day in the office, another day wasted on business meetings and paper signing. It had left the young woman feeling restless and in need of some form of release, anything to get her mind off of the frustrations of the public. Perhaps that was why she dared to make an appearance today, why she dared to slip on that right red dress of hers sitting in the back of the closet. Why she downed a few shots and smoked before leaving. Why, even as she walked in through the doors, she gave every single person there who dared to look at her, a flirtatious and hungry smile. What was one night of fun going to do? Surely it wouldn’t matter?

Smiling to herself, she slowly made her way over to the bar, slipping behind it and brushing up against one of the bartenders. “I’ll take it from here my dear, why don’t you go have fun with the pretty blonde staring you down hm?” A soft, British accent rolled off her tongue, as sweet as honey as she licked her lips, turning to face the growing crowd of people. “Now..who’s next to be served?” She cooed, eyes glittering with mischief.
In Twilight Interest → 4 mos ago Forum: 1x1 Interest Checks
Hello! I’m currently looking to do some Twilight Roleplays of doubling up? I can provide anywhere from 4+ paragraphs :) I know this is short and sweet but yes lol! Please dm if interested!
In Usagis CandyShop (1x1 Partner Search!) → 8 mos ago Forum: 1x1 Interest Checks
Currently looking for BNHA rps or Game of Thrones rps! I’d like to double up! Finally having time to roleplay Again!
In Fandom Search (Alice in Wonderland AU) → 11 mos ago Forum: 1x1 Interest Checks
Hello and good morning! Firstly I apologize my thread isn’t super cute atm, I’m using my phone for this haha! My name is Usagi and now that life has finally began to calm down for me, I can finally come online to roleplay properly and enjoy some stories! Lately I’ve been really craving something fun and I thought that fandoms mixed with an Alice in Wonderland AU could do just the trick! It’ll be real simple, there’s a basic plot idea I have for the AU, all that’s needed is to pick the General fandom! We can play as CanonXCanon or even OcXCanon, and I’d love to be able to double up for this(they can be two separate Roleplays to make things less confusing!)

You will have the option to play as either ‘Alice’ or any of the characters from the AU, all but the red queen of course! I ask that you at least are able to give 3 paragraph replies, if you can do more then awesome! I usually only RP in third person! If you need a writing sample from me I’m more than happy to provide it for you, it’s not required that you do the same just so you know💕

Below are a list of fandoms I’d love to do, including who my oc would be paired with and who I can play!

I can play all of the characters in this show!

I can play any of the characters from the show!!

I can play any of the characters from the show!! 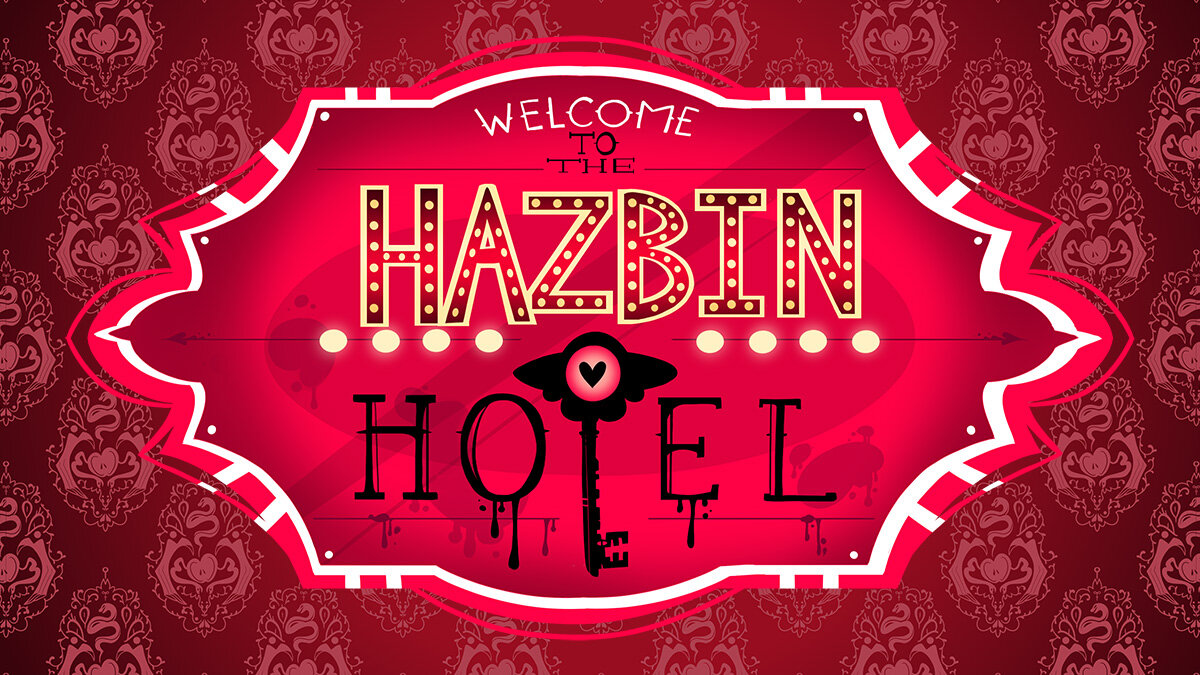 Welcome, as the title implies, I am currently on the hunt for Hazbin Hotel related roleplays! I have plots, pairings, ideas, anything you can think of!
Please do feel free to take a look around, see what catches your fancy, Below are just a few things to read before we can move on to the main attraction!

About Me:
I go by the name of Usagi, but i also have another name I go by which is Starr, either one doesn't matter to me!
➵ I am currently 23 and Married, and I have a fur baby!
➵ I have been roleplaying since i was 13!
➵I am a cosplayer, each year I choose a cosplay to use, each convention is the same character in different kinds of outfits, this year is Tsuyu Asui!
➵I love making new friends and getting to know people, it is always so fun!
➵I can play a total of 9 instruments, why i put this...i don't know~

Looking For:
A 4 paragraph minimum, I love attention to detail and reading a good reply!!
➵ Someone able to play both genders in a romantic interest.
➵ Someone who is willing to double up
➵Canon X Canon or Oc X Canon. Currently uninterested in Oc X Oc my apologies.
➵ MxM, MxF, FxF! I am up for literally any gender pairing.
➵ I usually prefer PM based roleplay but I am also comfortable with Thread Roleplay as well

Looking For:
The More *'s added to the pairing, the more i'm craving it! The role i wish to play will always
be in italics, if neither role has an italic then i'm happy playing either role! Also yes, while it is said that Alastor is
likely Asexual, I will not be roleplaying as such, he will more than likely be portrayed as Pansexual.

Below are a few simplistic Plots if you'd like to involve one or add to one for our own rp,
Muse A and Muse B will be used to simplify things, you will get to choose who gets which role~

Do I Know You?
Muse A and Muse B once knew each other when they were alive, now the two are face to face at
the hotel entrance and shockingly enough, Muse B has no recollection of Muse A(their relationship before can be anything from
platonic friendship to a relationship). Will Muse B be able to get Muse A to remember, or will they have to accept that Muse A is no
longer the one they had known so well?

Tying up Loose Ends
Muse A runs a pretty steady system down in hell, they answer to the life of supply and demand, often
leaving chaos in their wake. Both Muse A and Muse B are at the hotel, however, Muse A is currently tied up with old enemies getting
in the way, because of this they got to Muse B for help in..ridding of their problem.

Welcome to Hell
Muse A is a fresh new face here in hell, having been sent there unexpectedly after an accident(You can choose what kind)
Having felt this result wasn't fair, Muse A checks into the hotel where Muse B is already at, hoping to get redemption and be sent to
heaven instead. However, Muse A and Muse B start to get to know each other better, making Muse A want to stay in hell, especially if it meant
Muse B was there to keep them company.

If you have any questions, or if you are interested please PM as it will be the fastest and easiest way for me to reply!!
I also have a discord for OOC chat, however I will not take my roleplays to discord.

𝐍𝐨𝐰. . . 𝐒𝐭𝐚𝐲 𝐓𝐮𝐧𝐞𝐝.~
In Usagis CandyShop (1x1 Partner Search!) → 1 yr ago Forum: 1x1 Interest Checks
I’ve been rewatching attack on titan and I’m in love soooo if anyone is up for doubling up on an Attack on Titan RP message me! OcxCanon works just fine since it’s what I’m interested in currently lol
21 year old brat Naruto, Black Butler and ouran host club are my favorites I like to write naughty fanfics Wattpad: @/petiteusagi Instagram:(for Roleplay) @/queenofsmut Currently interested in horror anime’s Likes to be smol and cute Doesn’t like loud noises Fufufus a lot Hnns a lot Whines a lot Okay Bye
<div style="white-space:pre-wrap;">21 year old brat<br>Naruto, Black Butler and ouran host club are my favorites<br>I like to write naughty fanfics<br>Wattpad: @/petiteusagi<br>Instagram:(for Roleplay) @/queenofsmut<br>Currently interested in horror anime’s<br>Likes to be smol and cute<br>Doesn’t like loud noises<br>Fufufus a lot<br>Hnns a lot<br>Whines a lot<br>Okay<br><br>Bye</div>
© 2007-2017
BBCode Cheatsheet