STATUS: Working on my new post for "Mystery of the Key - a Collaborative Writing Story" 7 mos ago 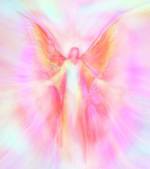 7 mos ago
Current Working on my new post for "Mystery of the Key - a Collaborative Writing Story"
1 like
10 mos ago
You could also join other RP's ^_^
9 likes
10 mos ago
Agreed! Looking forward to continue these awesome RPs
2 likes
10 mos ago
Whats on my mind? "You were always on my mind"
2 likes
11 mos ago
Waiting on posts in the RP I am in, looking for an extra RP.
1 like

I love Fantasy Roleplays.
I love to Roleplay in groups. I love these group's members to travel together and explore the unknown, defending whatever needs to be defended, chase anything that needs to be chased.

As long as it is friendly, EPIC and FUN, anything goes!

In Mystery of the Key - a Collaborative Writing Story → 7 mos ago Forum: Casual Roleplay
Okay, cool. Looking forward to it.

His pal Gordon stood up behind the waste bin he had taken cover just second before. Gordon took a look at Roland, he sniffed loudly and vowed that he would not let the same thing happen to him. Gordon cracked his own neck with his hands and then stretched his body as wide as he could. He looked menacingly at Clark and his human friend while getting ready to attack them.

"Now is the time to fight or get the heck out of here", Clark whispered. Arthur nodded very slowly.

Gordon started walking toward the two and he was now only 30 feet away from them. "Don't worry Roland, I will make them pay!", he shouted at Roland who was still stuck at the wall of an inn with the name "The Doberman's Pit". A couple of guests wondered what caused the noisy ruckus and now a bunch of people stood outside watching the violent scene.

"NOW!", Arthur screamed. He grabbed Clark's hand and the both of them turned to an alley and ran into the alley as fast as they could. They were lucky as they had barely missed the impact of Gordon's thick metal shoe.
The alley was filled with empty boxed thrown out by employees of the inn and the ground was filthy, filled with rotting food. Every couple of feet a small group of mice or other vermin were eating anything that was still edible.

Gordon had a tall and thin stature which was to his benefit, were it not for the hanging drying racks with wet clothes obstructing his view. He swung his fists blindly in the direction of Clark and Arthur and even hit Arthur on the head once. Arthur fell down on the ground, but Clark pulled him away just in time when Gordon tried to squash Arthur's head to smithereens.

Arthur quickly got up and the alley ended, leading them to a crowded street that led to the market.
"Which direction should we now take?" Clark asked Arthur, hoping Arthur would have a helpful idea about the next step of their escape plan. Arthur shook his head, but they both knew they would have to hurry up if they wanted to ditch Gordon.

In Mystery of the Key - a Collaborative Writing Story → 7 mos ago Forum: Casual Roleplay
Right!
In Secrets of Arrow Oak → 8 mos ago Forum: Free Roleplay
I fully agree with you. Things happen and a new fresh start, with or without the old characters, may be what this thing needs!

I am on for the campsite exploration and then finding the portal and discover more!
In Secrets of Arrow Oak → 8 mos ago Forum: Free Roleplay
I am still interested, however I hoped that others would be more interactive as well. I say we can still have fun, just been super busy with work lately.
In Mystery of the Key - a Collaborative Writing Story → 8 mos ago Forum: Casual Roleplay
Clark groaned and stepped forward, knocking the little velvet divider rope out of the way as he reached for something shimmery. "Hold it right there, fella!"

The cricket froze still and looked to his right side, where the sound came from. A petite bodyguard rushed to the gang of three. "Don't touch anything! Have you not read the large sign at the entrance?", the obviously annoyed bodyguard asked. He pointed the index finger of his small left hand to the large sign at the entrance that couldn't be missed.

Clark took a step back and looked at the bodyguard from head to toe. As his body was smaller than the average human being, the guard was panting after the fast yet short sprint. It was a peculiar contrast to see how a relatively large cricket Clark actually was compared to other crickets.

Arthur and Geoff looked at the sign near the entrance that read "DO NOT TOUCH ANYTHING!". They wondered how they could've missed it. Clark was still looking at the bodyguard, now staring at his tiny hands, and a few moments later finally read the entrance sign. "I guess I did not see it", Clark said and he shrugged his shoulders.

Geoff and Arthur now realised how small the bodyguard was and Arthur's mouth opened slightly of astonishment, but quickly closed it when he noticed his mouth was hanging open. He took a look at the bodyguard's nametag and saw it was blank. He was about to ask his name when he was interrupted by the guard.

"I am happy to see that SOMEONE finally read the darn sign, even if I had to point it out myself", said the guard, irritated, "I almost thought you were blind!"

He took a few steps and circled Geoff, Clark and Arthur. Then he scraped his throat. "All the valuables inside of the 'Hall of Fishmongers' are authentic items that cannot be touched with filthy hands of the likes of you. Only true connaiseurs are able to truly value these gems", he proudly decided.

He also let them know that they had 5 minutes in total to observe the so-called 'valuable gems'. After that the Hall would be temporarily closed for an hour. A highly sophisticated business woman would come to have a private observation and was actually interested in the remains of the scubadiver and the manatee.

"Unfortunately I cannot share her name, but I can tell you one thing: she is a succesful business entrepeneur and owns a very popular casino", the guard went on, "please leave within 5 minutes so I can make sure everything looks top-notch!" He looked at all three of them, a bit disgusted, turned around and walked back to his seating.

Arthur, Clark and Geoff had a pretty good idea who was coming in to grab her key. They had to stall some time.
In Mystery of the Key - a Collaborative Writing Story → 8 mos ago Forum: Casual Roleplay

The first person was told to post and they did, and you did the same. I don't consider that a threat :P

I read it as Clark blurting it out really quietly, but I think @Stuzzie got that, as I read his post to be everyone preparing for the ambush in their own way. I could be wrong though?

True.. a read it as a little noise. We needed more storytelling I thought
In Mystery of the Key - a Collaborative Writing Story → 8 mos ago Forum: Casual Roleplay
Tension arose in the room. Delia's two business partners looked at her with stern looks on their faces, as if they were asking her to never look away again during a serious convergence.

Clark silently and slowly bumped Arthur's shoulder. Arthur caught his glance and saw what Clark saw, one of the henchmen standing behind Edgar was pulling out a small knife out of it's trousers backpocket. The henchman stood in such manner that Delia was not able to see it coming. Arthur gave the smallest nod possible and looked at his friend to let him know that he also saw it and scraped his throat. Both Edgar and the Chief looked at him as if they were about to murder him. "Luckily" for Arthur they were not after him personally.

"So....", the chief spoke out loud, demanding all attention, "how about we discuss my handling fee now?". He gave a discerned look at his city guards and started to elaborate on how much money he deserved to have based on how much money all the drug dealing had been creating for both Delia and Edgar. Edgar and Delia didn't interrupt the chief once while they listened to his boastful story. Through the corner of his eyes Arthur was still keeping an eye on the bodyguard that was hiding a knife in his left hand.

At that moment Clark was standing on Delia's right side and she had her bodyguard in the form of Arthur behind her left shoulder. Left to Arthur was the red haired city guard from the day before, he and his colleague were standing directly behind the chief. They stood there like statues, their ears wide open to gather every single word being said. The chief stopped talking, looking proud and certain of his financial victory. To his left was Edgar, sitting and looking content with his two bodyguards behind him. Edgar nodded soundly, "Hmmhmm", and smirked.

Immediately alarm bells went off inside Clark's head, "OH BOY!", his mind went. He could hear thoughts inside of all the bodyguards' heads. Secretively they were getting ready to strike soon, two other guards were getting out weapons of their own choice and hiding them from Delia's sight. "But wait.. Only two guards?", Clark wondered. One of the guards was just standing still, half-listening to the conversation that was going on, staring blankly in front of him. Clark became aware that the only guard of the Chief's or Edgar's who was not out to fight was the red haired city guard.

"What did it mean? Was the red haired guard a fresly brought in stand-in to guard the chief? Or was he just doozing off and did he not see the smirk on Edgar's face?" If only Arthur could read minds as well, if only Arthur knew what Clark knew...

In Mystery of the Key - a Collaborative Writing Story → 8 mos ago Forum: Casual Roleplay