STATUS: I'm sorry to all those waiting on me. I've been really busy with flying... but I should finish up soon! Once I'm done, I'll be back to normal once gain! Here I come, I am Teknomon! 6 yrs ago 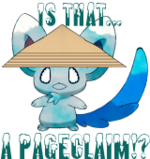 6 yrs ago
Current I'm sorry to all those waiting on me. I've been really busy with flying... but I should finish up soon! Once I'm done, I'll be back to normal once gain! Here I come, I am Teknomon!
7 yrs ago
I'm back from vacation! Actually I was back yesterday, but it doesn't feel like being home until you get a good night's sleep. *Yawns*
7 yrs ago
Heading out on vacation! Sorry if I'm slow to respond/don't.

In Code Lyoko: XANA's Return → 6 yrs ago Forum: Casual Roleplay
@Jollan
Oh wait, did I say you? Sorry. Okay, gotta check who need's to respond next, then I'll get back to this. Sadly, I'm going to be out of the house until later tonight... so... ya'll have to wait. Sorry, :S

And probably someone else too, not sure.
In Fourth Dimension → 6 yrs ago Forum: Casual Roleplay
{???}
W-what's going on? Where am I? the student said in his head. He held his head tightly, his thoughts feeling like fire to himself. Once he came to his senses, he realized what was going on. A giant fourth dimensional monster was attacking the school! And... he could see it. Most people were running in circles, some towards it... the sorry fools. Other's ran away, just to be caught quickly by smaller monsters.

The monster itself was huge. At least twelve feet tall, at least. It stood quadrupedal, four bulky stubs to hold it's massive spherical body up above the ground. A smaller sphere for a head sat attached to the front, without a neck to turn it... yet somehow it still managed to look upon the destruction with ease. The back was glowing, revealing a massive hole on the top leading directly into the center of the beast. Five grown men could easily fit side-by-side within it. Smaller versions of itself, but built with thinner spikier legs, and a longer torso. They were also about the size of a small child. Their small size didn't stop them from easily pouncing on the frantic students running around. Often those without the fourth dimensional view of sight could see them flicker into existence, just to disappear and reappear on top of them.

One of the small monsters was coming for him now. Stop, wait, wait! Stop! Why are you charging me!? he thought, raising his hands up. The thing lunged, but was shot backwards as a bolt of energy was sent from his hands. The second the impact hit the monster, it was sent on it's back twitching, before dissolving into nothingness. As it died, several others turned to witness the attack, and now prepared themselves for a dangerous opponent. Oh no, this... okay, no, I think I understand now. the man thought as he prepared himself. The three charged him, as he charged up his hands, sending bolts at those who got too close. With each one down, more joined.

<Heros>:
As the blast doors started to close, Audrey jumped in just in time before they were all locked in. The two guards had remained outside the doors, so it was now just the team. "Garsin!" Dr. Fukui's voice rang in Garsin's ear, before it was repeated over some speakers in the dimension-locked room for everyone to hear. "As cheesy as this sounds, this is your first mission. Except Garsin. If you make a mistake, you can expect full punishment once you return. As for the rest of you, you will receive ten percent less punishment. I usually go as low as twenty, but I don't like you bunch. So don't mess this up!" his voice yelled through the room.

The room was slowly allowing fourth dimensional powers as he talked, allowing at least some sort of distraction as they waited for the other door to open. "This is a VIP mission. That means there is someone of particular interest to us in the area. We want the lot of you to bring him or her in to be examined. If he refuses, you have the authority to use force, as long as there is no permanent damage. And no, I don't count broken ribs as permanent damage. Oh yes, and of course there will be the monster to take of too... if you can manage to bring that in for examination. Otherwise, try to minimize damage done to the city. That is all." he said. The re-dimensionization of the room finished well before he finished, but the doors remained shut until he stopped talked, at which point they slammed open. "Oh yeah, take the red tunnel. At the end there will be a ladder to climb up. There's a lever at the top, just turn it and climb up from under the phone, and close it after you're all out. It'll auto lock once it's closed."
In Fourth Dimension → 6 yrs ago Forum: Casual Roleplay
*Raises hand*
Okay, THIS post is mine. Sorries!
In Code Lyoko: XANA's Return → 6 yrs ago Forum: Casual Roleplay
I'M HERE! Sorry, I've been going through A LOT lately. I've been learning to fly planes, most of you should know (I hope), and that takes quiet a bit out of you. I'm nearing the end now, so I should be able to post regularly again soon. I'm going to fix my recent trend, by getting a post in now. I'm honestly, truly, entirely sorry guys! Please forgive me! Don't leave me, D:

I think you have it backwards. Chuck Norris is he.
In Google Picture War → 6 yrs ago Forum: Spam Forum

How does that beat the Tholian web?