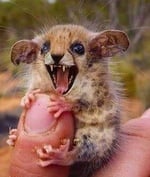 Old enough for what you want me for.

This is the first call for volunteers to ride with the regiment! Please confirm you're interested and if we get at least four, besides myself, I will put up the OOC and a discord channel!
In Lions of Rhaetia → 23 hrs ago Forum: Advanced Interest Checks
@Duck, welcome! Looking forward to having you.

The three friends should be buddies in the regiment, preferably, so you have someone to kind of "control", if you don't mind. I assume your Fredrick is different than my Frederick?

Also, if he doesn't like horses, he ain't in this regiment, so that will have to change.

Otherwise, solid. I like his quirks. Some nice touches there. Well done!
In Precipice of War - The Reboot of the reboot → 8 days ago Forum: Nation Interest Checks

***Brazil (Got triggered by Germans sinking their ships still, and basically took to assaulting the Germans at sea and building up some navally to do so. Capturing some ships, however, they also take these back home and ride out the rest of the war providing some support to the Entente before their diverging government decides to build up. With the USA not involved and a desire to become a world power, Brazil begins a campaign of internal unification and industrial/military buildup. Maybe triggers Argentina or such, etc. XD)

Shoot me a message on the discord my enthusiastic friend, we should talk.

In Precipice of War - The Reboot of the reboot → 9 days ago Forum: Nation Interest Checks THE REPUBLIC OF ARGENTINA
"A revolution is not a bed of roses. A revolution is a struggle between the future and the past."
HISTORY
Argentina tangoed through the Great War more or less unscathed, maintaining close ties with their ancestral homeland and reaping the benefits of the near impossible rise of Spanish power on the world stage.

In 1928, current president Hipólito Yrigoyen wins the national election; running on promises of extensive reforms to labor rights. His victory agitates the fractured conservative factions in Argentina, who began plotting to overthrow a sitting president for the first time since the Argentine Constitution of 1853.

Buoyed by their close ties with Spain, the Argentines let the good times roll. The flamenco was alive and well, guitars had never been so popular. The sturdy matron of the hacienda began to give way to the devastating beauty of the sassy señorita. Football was exploding on a national stage and no weekend was complete without at least one car getting torched by a victorious mob.

Eager to capitalize on the nations energy, and after months of plotting, a pro-fascist coup lead by army general José Félix Uriburu was launched against the Yrigoyen government in 1930. However, the plot was swiftly detected and Uriburus efforts quickly thwarted. After such a humiliating failure, the Argentine military was quick to dissociate all ties with Uriburu. In the end he, and a dozen officers supportive of the coup, were summarily executed to much fanfare.

Yrigoyen became bolder by 1935 and imprisoned several political leaders, censured news publications; and took over the nation's universities, eliminating the autonomy and co-government that they had enjoyed since the University Reform of 1918. The only institution that remained largely unchanged was the Argentine Military; still considered a scared institution by the people.

In 1936, in an effort to maintain power without angering powerful military generals, Yrigoyen officially raised his own personal militia and began to wield them against the population. His actions and lust for power would eventually lead to war with Paraguay in 1937. This war, fought largely by the militia loyal to Yrigoyen, dragged on for nearly ten years. Over half of Paraguays population would end up killed or missing before their surrender in 1946.

Buoyed by the success of the Argentine economy and their links with Spain, the Argentinian middle class began to grow and expand, investing heavily in neighbouring countries until the likes of Chile and Uruguay found themselves facing nearly fifty percent ownership by Argentinian firms. Even Brazil, long a powerhouse, found itself sliding into the shadow of Argentina as several small naval "incidents" resulted in the sinking of most of Brazils Navy and a semi-permanent Naval blockade enacted by the military leadership.

Over the next eight years, Yrigoyen would antagonize his neighbours and even the Spanish who, fed up with his rash actions and blatant cruelty, quietly let it be known in military circles that they would support his removal. For many army generals the very idea is out of the question but to the young, it is a challenge.

As the mid-1950's dawn there is no in doubt in anyones mind that something big is coming. Yrigoyen balances on a knifes edge as he plots his next move. To arrest military officers is to invite retaliation, but the rumours of a possible coup cannot be ignored and so he must act.
In Precipice of War - The Reboot of the reboot → 10 days ago Forum: Nation Interest Checks
Just noting down the dibs on Argentina.
In Lions of Rhaetia → 10 days ago Forum: Advanced Interest Checks
@Skwint, they will be standardized. You’ll get a chance later to go a bit rogue.
Old enough for what you want me for.
<div style="white-space:pre-wrap;">Old enough for what you want me for. </div>
© 2007-2017
BBCode Cheatsheet