Any questions, comments or whatnot, I will make up an answer as quickly as possible.

Simple Background: Rae had been in Hometree when the sky people came, she learned to speak enough of their language to understand what was said. She was very untrusting when the battle between the two races continually broke out. She had two opinions when the sky people were allowed in her home, she and her best friend went on hunts in different parties.

She barely made it out when Hometree was destroyed. She lost her best friend that day, she felt her world was nearly over. She wasn't even able to burying him, she had to leave him to save her own skin. That decision hunted her ever since.

Rage pulled her through the fighting with bullet wound scars forever etched in her flesh. Now, she wanted to heal and go back to the way things were. Hunting, swimming, singing and listening to the stories of their past. She wanted to forget the humans and live a peaceful life.

Simple Background: Travis arrived on Pandora soon after Grace set up shop. He was part of the biology team, he was one of them that was able harvest and grow plants in the little garden. He rarely knew what was going on around him unless forced by some of his coworkers to get his head out of his work.

He wanted nothing more than to grow plants, his efforts on Earth were meaningful, in some ways. Not like here where everything was so fertile. He always in awe of the grounds capability to spring forth new plant life. Grace never allowed him beyond the fence sure he would get lost in the vegetation and be eaten.

After assuring he was not part of the conflict, he was allowed to stay on Pandora and tend to his beloved plants. Only now, he was not able to keep his mind fully on the plant life.
Hidden 3 yrs ago → 3 yrs ago Post by Thinker
Raw —
GM 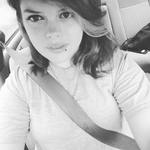 Background: Oliva traveled to Pandora when she was only 18. She had just graduated high school when she received an invitation to study the life of the indigenous people on Pandora. Growing up she learned about the of the strange planet during school. She loved hearing about the bioluminescent plants that glowed at night and the strange people that still fought with bows and arrows. V was invited by her high school anthropology teacher to travel through space to study the Na’vi and hopefully win them over to the humans cause. They took some of her blood and mixed with with the DNA of a Na’vi to create her own Avatar. Once they landed on Pandora, she was assigned to Grace’s team to help learn about the people’s ways. V grew close to them, even fell in love with a warrior. She was amazed at the connection the people had with their planet and with each other. It was nothing like Earth had. After years of studying and befriending them, she was devastated when she learned of the plan to attack Hometree. She was one of the fighters, she tried to stop the attack, but was locked away in a separate cell. It wasn’t until the fighting was over was she released. Upon hearing that her warrior love was dead and Hometree destroyed she broke down in tears and refused to speak to anyone for several days. They almost sent her back to Earth, but she begged them to let her stay. She no longer had a life back on Earth; at least here she could help the Na’vi rebuild their lives. Now at 22 years of age, she has been allowed to remain on Pandora as human to help with the rebuilding of their lives. Occasionally she will use her Avatar to help with the lifting of heavy objects and just to feel the world around her, but she mostly keeps to herself, still hurt by the events leading up to their current situation.

*I couldn't find a picture of a real person that looked like what I wanted her to look like. If the anime pic bothers you too much I can always describe her.
Hidden 3 yrs ago Post by Thinker
Raw —
GM

Member Seen 3 yrs ago
Thinker
124 posts
in 2340 days
Seen 3 yrs ago
No, anime doesn't bother me. I like how you brought her to Pandora.

Member Seen 3 yrs ago
Thinker
124 posts
in 2340 days
Seen 3 yrs ago
Me too. I will get to a reply this evening. My health is not so good today. Sorry about the delay.

Did you get your vampire thread going yet?

I could continue to advertise and we could hold off until more. It is up to you. I am okay either way.
Hidden 3 yrs ago Post by OliviaV
Raw —

Not yet, but probably tonight.

Sure if thats what you want to do. Otherwise, I suggest we take this to a 1x1 RP?
Hidden 3 yrs ago Post by Thinker
Raw —
GM

Member Seen 3 yrs ago
Thinker
124 posts
in 2340 days
Seen 3 yrs ago
I added more to my last post. I think it will be easier to respond.