3524 posts
in 2188 days
Online
I see you've stumbled into the hideout of Criminal Bears.

Welcome to Honey Heist! The basic premise of this is that you are a criminal bear with a plan to steal a large horde of honey! However, that honey is well guarded...

So what makes this future so dark?
It ain't mass media where kids are forced to kill each other, or a dystopia lacking emotions.
No...this...this is a dystopia that is far worse. Especially for bears like yourselves.

Every bit of food that is sweet is either completely gone, or in really short supply. Even the most common of berries have completely soured.
Honey counts for the latter. Honey thankfully still exists, but it is either really hard to obtain or is just expensive. Where would the Earth be without bees after all?

However, your leader, Code Name Papa Bear, has seen things and claims that there is more honey than what meets the eyes and the richest of the rich are hoarding the honey to themselves and sell that honey to make a quick buck. He is looking for a team of fellow bears to steal this honey. And you are a part of this team for...whatever your reasoning might be.

Member Seen 13 hrs ago
Duthguy
Someone who can't spell Dutchguy 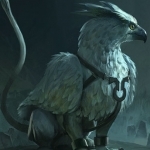