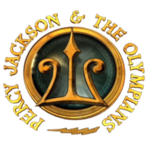 Overview
Locations: Long Island Sound, & various other locations
Time Frame: June 1st, 2019
RP Tags: Modern, Slice-Of-Life, High Casual, Advanced, Large Group, Fantasy, Superpowers, Survival, Mystery, Romance,
Premise of the RP: It's another summer at Camp Half-Blood, as other campers are coming for another year at the camp those that choose to only come in the summer anyway. The camp is still bustling with new campers coming in every year in the escort of Satyrs that are assigned to protect them at camp. Though there are rumors around Olympus that one of the Seven Muses has gone missing without a trace.