The Umbrella Academy: Hunt for the 36 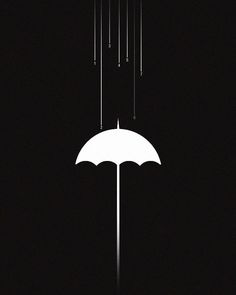 By now almost everyone has heard of the extraordinary events that happened on October 1st of 1989. It was the day the famous children of the Umbrella Academy were born. There isn’t a soul in this world that doesn’t know their names. You know what names they don’t know by heart though? Our names, the names of the other 36 children that were also born on that day with the same amazing gifts as the children Reginald Hargreeves raised. We were the children that weren’t found, that were overlooked, or could not be bought because our parents were naive and didn’t know what exactly we were.

Sometimes, I must say, I hate the day of October 1st. Yes, it was the day I was brought into this life, but it was also the day that the horror that was my life had begun. Well let me rephrase that, it’s the day the horror that was our life began. See, thankfully I wasn’t alone when I was brought into the world. My brother, Adrian, also shares this wonderful life as well. Our parents were one of the ones that should have certainly given us to the Umbrella Academy when Reginald came knocking at their door. As stunned by our birth as they were, at that time, they had a hard time just giving up newborn children to a complete stranger. Believe me from what I heard he really wanted us. We are the only set of twins that were born that day, after all.

I bet I know what you are thinking, how lucky are we that they didn’t give us up, I admit it was touching. I’m sure many of you weren’t as lucky as us. As touching as our parents not giving us up was, in the end of things, it would have been much better for them if they had. Let’s not get in to that now though, it’s not important. What is important, is now and the dangers that are creeping up on all of us.
Some of you may have an idea they’re on your tail, some of you are in hiding already, some of you may have no idea what I’m talking about, and some of you may be foolish enough to think you’re safe. For those of you idiots that think you are safe or are blissfully unaware, they’re coming for you.

Who am I talking about? The Commission you dumb asses. They’ve been after my brother and I for years and now they are after others that threaten the time continuum as well. You may be years away from making the decision that will cause the ripple in their precious timeline, but that doesn’t matter to them. They would rather take out the threat now then wait till the last minute.

Now you’re probably thinking why am I telling you this, why do I care about the rest of you and not just myself and my brother? Well first off, Adrian has seen your deaths and I promise you, you want us to care. Secondly, the 43 of us were all born for a reason. You can’t tell me our parents got pregnant and gave birth in the same day to super powered children for no reason. We are not their pawns and we will not be taken out by them like the rest of the poor souls they have killed over the decades. If the Hargreeves can build a team to take out robbers and murders, we can build a team to save each other.

For those of you Commission Assassins that are no doubt reading this right now, you are probably hoping I’m going to write this lovely part where I tell my fellow weirdos were to meet my brother and me.

Come on now, don’t you know by now I’m not that stupid? Why even bother reading this?…Well to crush your stupid and pathetic dreams, I’m not going to ask them to find us, we are going to find them. Hell we already know where most of the those on your kill list are already. I promise you, we will get to them before you, after all, we see everything. And just so you know, once we are strong enough, we’ll be the ones coming after you…All of you. It’s only a matter of time.

If any of the 34 of you left out there are reading this, we’ll be seeing you soon!

So as told in Haven’s letter above, this RP will be centered around the 36 super powered children that were not raised by Reginald Hargreeves. These, now adults, have lived many different lives. Some of you were abandoned, some of you were given up for adoption, and some of you even led normal lives. However, now some of the 36 are in serious danger. At some point in their lives they will be making a decision that will alter the course of time. A decision that will change events that the Commission wants to happen in the world. Because of that decision, you are now on their kill list. You may know you are on this list, but most of you have no clue.

We will be starting the RP all separated at first, but we will come together as my characters try to find you all before the Commission sends one of their assassins to kill you. The goal is to change the course of time and take out the Commission once there is enough of us to stop them. There will be some twists and turns along the way and some of us may very well be killed, but don’t worry! IF your character dies, you can still stay in the story and make a new character.

Of course, 34 slots will not be open in this RP, that would be too much! I will be cutting it off at some point, but when someone drops out, we can easily add in new people to replace them.

For this RP you will be able to pick your own powers, but you will need to get them approved by me first.
Just cause I have a feeling it might come up, I will allow some people to play members of the Commission. I will only allow a few spots for those types of characters though.

If you’ve never seen the Umbrella Academy, I would certainly look it up. I don’t think you will have needed to watch the show or have read the comics to play in this RP, but I would recommend at least reading up on it a little. It’s a great show so I highly recommend watching it though

The Commission is an organization that deals with the time space continuum. Their main job is to make sure that all events that are supposed to happen, happen. To do this, they have agents ready to travel through time and to eliminate anyone that poses a threat to their job. The way they travel to these time periods is through suitcases that are more or less miniature time machines. These agents are normally sent in pairs, unless they are the best of the best and are known to get the job done alone. They are highly trained assassins that are trained in many different forms of fighting and weaponry. Agents are not easily killed and show very little remorse for what they do.

These agents are assigned their tasks by the management of The Commission. Tasks are given to the agents with the help of pneumatic tubes that contained messages within in them and can show up anywhere at any time.The main headquarters for the Commission is in the year 1955. It is implied that a person by the name of The Handler is the head of this organization, but this person is only met by agents of the highest clearance. His or her name is never mentioned by anyone and their true location or time is practically unknown.

Ever
Haven Evers- Pusher: Can implant memories, thoughts, and emotions into someone's head.
Adrian Evers- Precognition: Can see the immediate and not so soon future. These visions can sometimes be effected by someone's decisions
Hidden 1 yr ago Post by Saarebas
Raw —

7032 posts
in 2330 days
Seen 2 mos ago
Bio
Defiantly interested! Just finished the Umbrella Academy and I fell in love with it. I'd be super excited to get in on this =)
Hidden 1 yr ago Post by Ever
Raw —
OP

Defiantly interested! Just finished the Umbrella Academy and I fell in love with it. I'd be super excited to get in on this =)

Wonderful! Glad to have you aboard!
Hidden 1 yr ago Post by FourthKing
Raw —

Member Seen 1 yr ago
FourthKing
73 posts
in 963 days
Seen 1 yr ago
Interested, I liked the show and I'm curious to see where you'll take this.
Hidden 1 yr ago Post by MonkeyBusiness
Raw —

490 posts
in 1099 days
Seen 3 mos ago
Awesome guys! Here is the OC if you wanna start on your characters.