"In the Ironsworn tabletop roleplaying game, you are a hero sworn to undertake perilous quests in the dark fantasy setting of the Ironlands.

Others live out their lives hardly venturing beyond the walls of their village or steading, but you are different. You will explore untracked wilds, fight desperate battles, forge bonds with isolated communities, and reveal the secrets of this harsh land.

Are you ready to swear iron vows and see them fulfilled—no matter the cost?"Click here to access guidebook

Ironsworn is a 2019 free to download tabletop roleplaying game created by Shawn Tomkin. It is set in The Ironlands, an untamed wilderness populated by powerful warriors, strange magics, and terrifying beasts. This will be a very collaborative experience, and I'm looking for players who are able to take the initiative and collaborate to come up with the story, world, and lore.

What am I trying to do here?

Ironsworn can be played solo, co-op (multiplayer with no GM), or guided (Multiplayer with a very loose GM role). I would like to start a Co-op game with some of you lovely people, primarily using Roll20 for dice roles and mechanics, and the guild for posts. Outcomes and the world will be decided by 'oracle' tables - random generator roles that prompt interpretation from the players. In the broadest sense of the term, the game will be GM-less as story is guided by these tables and your own creativity, however I will be serving in the role of moderator and facilitator in order to make sure things go smoothly. The good thing about this is that it doesn't require much in the way of GM input to keep the story moving - you can generate world details, NPCs, and balanced encounters off your own back. This does require a greater effort from players, but will likely prove to be quite rewarding.

Ironsworn as a system is unforgiving, dark, and brutal. With the vanilla rules, your character will most likely die, become seriously injured, or lose themselves to darkness. Personally I'm not a huge fan of character death as I see it is a pretty boring way to end a story I'm invested in, and in my own games I prefer to play with character death 'optional'. This doesn't mean no consequences however, I just prefer making my characters claw their way back from rock bottom and live with the horrifying consequences of their decisions to starting afresh with someone new. Because of that, I'm going to leave it up to you as the player whether or not you go through with character death or not - if you choose not to however, you need to be prepared to make the consequences hurt. A lot.
Hidden 2 mos ago Post by RedVII
Raw — 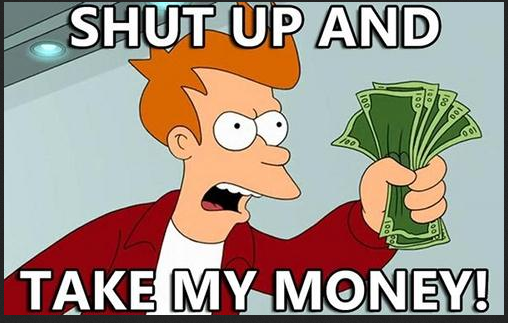 3551 posts
in 2048 days
Seen 35 min ago
Bio
@NorthernKraken
What mechanics other than dice rolls would we be using Roll20 for? Also, why use Roll20 for dice rolls when we could simply use the dice roller on this site?
Hidden 2 mos ago Post by NorthernKraken
Raw —
OP

220 posts
in 511 days
Seen 2 days ago
@rush99999 The Ironsworn character sheet on roll20 is really good, and generally I prefer to use it as opposed to working everything out manually (cos yes, I am super lazy). If you have a strong preference for using the guild one though, I don't mind discussing it further when we get things up and running :)
Hidden 2 mos ago Post by rush99999
Raw —

3551 posts
in 2048 days
Seen 35 min ago
Bio
@NorthernKraken
When will we be starting exactly?
Hidden 2 mos ago Post by NorthernKraken
Raw —
OP

220 posts
in 511 days
Seen 2 days ago
Was planning on waiting to see if we get anymore interest, but I can go ahead and get the OOC up in the next few days
1x Like 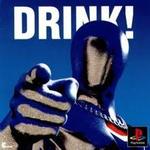 3084 posts
in 2315 days
Seen 6 hrs ago
Bio
I was kinda on the fence but I'll throw my hate into the ring too. Is the game going to still be play by post or will it be sessions?
Hidden 2 mos ago Post by rocketrobie2
Raw —

3084 posts
in 2315 days
Seen 6 hrs ago
Bio
I was kinda on the fence but I'll throw my hate into the ring too. Is the game going to still be play by post or will it be sessions?
Hidden 2 mos ago Post by NorthernKraken
Raw —
OP

220 posts
in 511 days
Seen 2 days ago
@rocketrobie2 Play by post I'm thinking, with a strong emphasis on collabs, partly because timezones, partly because I'm interested in seeing how the specific mechanics affect the flow of the game in a pbp scenario and what players might do with that independence - if we find that it doesn't work, or people have a strong preference for scheduling in sessions, I'm very open to changing things.
1x Thank