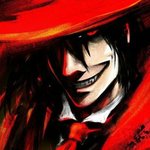 25 days ago
I read recipes the same way I read science fiction. I get to the end and I think, "Well, that's not going to happen."
9 likes
25 days ago
The easiest time to add insult to injury is when you're signing somebody's cast.
8 likes
11 mos ago
My ex girlfriend had this really weird fetish. She used to like to dress up like herself, and act like a fucking bitch all the time.
11 likes
11 mos ago
“I have 3 kids and no money, why I can’t I have no kids and 3 money.” -Homer Simpson
11 likes
11 mos ago
"Give it to me! I'm so f*cking wet! Give it to me now!" She can scream all she wants, I'm not giving her the damn umbrella.
8 likes 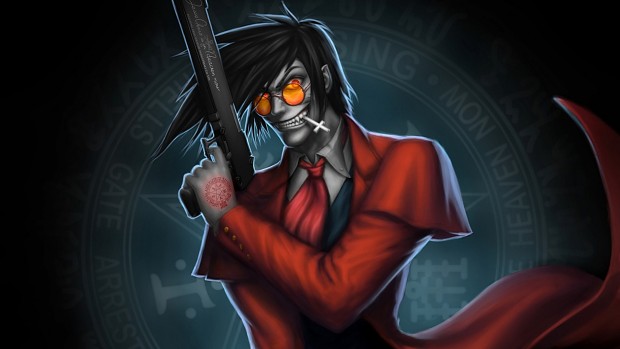 Magnificent Bastards: The Many Faces of RedVII

In The Red Hoods: Rebirth → 7 days ago Forum: Advanced Roleplay

Repeating in his mind were his objectives and he mentally sorted and resorted their levels of priorities, not quite sure how best to tackle the tasks. On the one hand, he was closed to the meeting spot he chose to pass along to the Maxwells. On the other hand, the sun was already beginning to set and he had left Kiri behind hours ago without checking back in on her. And then, of course, there was always the matter of hunting down Samael. Perhaps his elevated status within the underworld would lead to a wider network of information, a way for him to better track the rogue wizard's whereabouts. And when he finds Samael, maybe that will lead him to a way to help Kiri get back to her world of yesteryear, the world Zeke had already lived through and left behind.

In contemplating the possibility, he couldn't help but theorize about time travel and how it would affect his own history and the future that he currently lived in. His earshot began to fill with jovial commotion, prompting him to look down the street upon which he was walking and take in the sights of a growing crowd amidst newly erected festive structures. The Duncaster Unity Festival. He looked upon small children wearing red hoods and holding hotdogs, teenagers with werewolf masks and others with vampire makeup. He could spot the authentic specimens that were peppered within the crowd as well, all of whom appeared to share varying degrees of interest in this celebration that took the lore of the Red Hoods and capitalized on it in an attempt to bring all of the diverse species that made up the citizens of Duncaster and unite them together for at least one night.

Zeke's stomach growled again. His previous conundrum of how to prioritize his objectives was suddenly straightened out by his hunger. Food first. Food is right by the river... Maxwell second. After completing his task he could report back his success and finally be one step away from the criminal kingpin of Duncaster, who could hopefully point him in the direction of Samael who would either help Kiri or die... that's third.

Franks A Lot, he read as he approached one of the food cart. Hotdogs were easy enough. As he made his way to the front of the queue, a husky, balding man inside of the trailer poked his head out and said, "What'll it be, big guy?"

"Five?" the cook repeated, seemingly dubious. "Five what?" he gave a nod toward the menu plastered on the side of the trailer.

"I don't care. Just give me five." The cook squinted his eyes for a minute and forced himself to get passed the strange order and got to work. Minutes later, he produced five franks dressed in a variety of ways. Zeke slipped him a couple of large notes and left, forfeiting his change. After four massive bites, he was down to just three hotdogs left. He decided to take those and sit on the curb of the street, his eyes glued to the waterfront as he waited for Vance Maxwell to show up.
In Who knows what evils lurk in the hearts of men! → 7 days ago Forum: Introduce Yourself 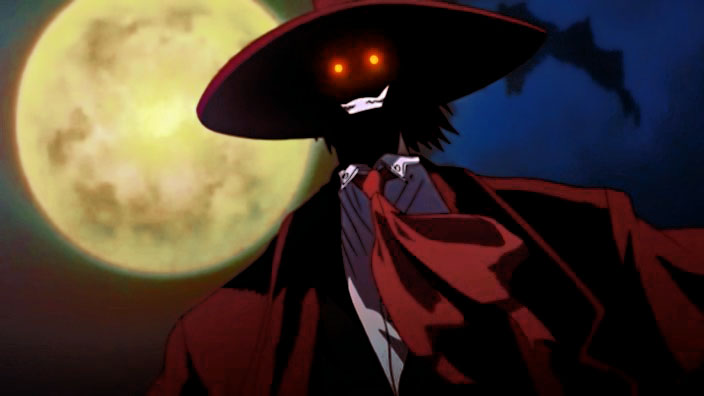 WECOME!
In The Witcher: Under the Shadow → 15 days ago Forum: Advanced Roleplay
After some thought, I'm going to go ahead and retract my application, mainly due to schedule and also my own lack of familiarity in regards to the universe.

For years, I had considered investing into The Witcher franchise but had never pulled the trigger. After watching the Netflix series, my motivation to invest obviously skyrocketed. I've bought the videogame trilogy, have progressed halfway through the first one and am quite eager to jump into the second and third. I also hope to pick up the books very soon, too.

All that said, I think I could better serve in a Witcher RP once I've got more of the lore under my belt, but I am very excited to read along and see how this RP goes and, if there is ever another installment afterward, I'll be sure to throw my hat back in at that point.

Thanks much for the consideration and opportunity!
In War of the Monsters - Kaiju Battle Arena → 15 days ago Forum: Arena Interest Checks
I think I'm in. Gonna give it a shot, at least. I'll try and get my CS together tomorrow or the next day.

In The Witcher: Under the Shadow → 16 days ago Forum: Advanced Roleplay

@RedVII Not a bad character. Though I think you should add certain locations on where he grew up in his backstory, and fill in the blanks a bit. You don't need to tell me about every day, but we can't skip 10-20 years by saying he simply grew up with his mother.
Also, I suggest you give him a gambeson or some light mail, but that's just me. If you want him to wear cloth it's up to you.

Lemme hit the workshop this weekend and I'll see what I can do about fleshing it out. Thanks for the input!

In The Witcher: Under the Shadow → 17 days ago Forum: Advanced Roleplay
Such great profiles! Well done, @Hank I swear I can add more, if needed for my guy. Overall, I am so incredibly impressed with what everyone has brought to the table. If even a fraction makes it in it should be a good game
In War of the Monsters - Kaiju Battle Arena → 18 days ago Forum: Arena Interest Checks
I can't believe our last roundabout was 8 months ago! Feels like 2 months at best!

In any case, I am not currently committing, but I am officially reserving interest. And, if eventually committed, I'm finally gonna test my boy out! 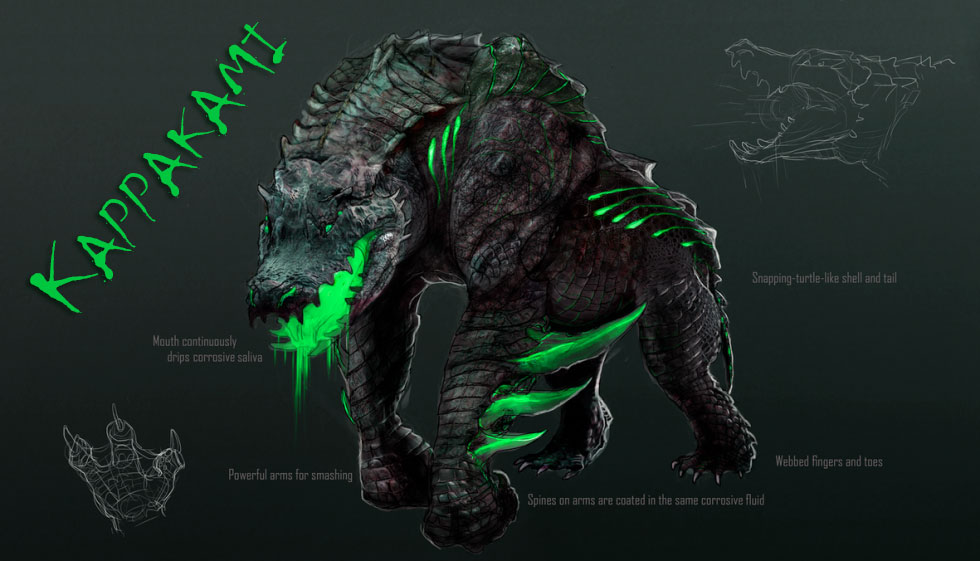 I should be able to say one way or another soon but, regardless of my situation, I hope this goes well for you!
In The Red Hoods: Rebirth → 19 days ago Forum: Advanced Roleplay 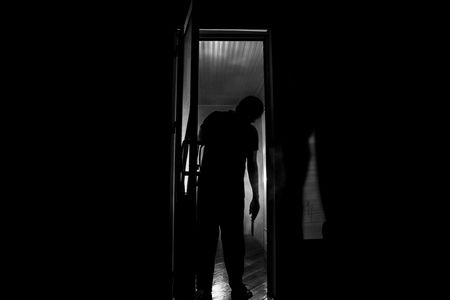 we're baaaaaaack....
may the horror continue!
In Howdy Ho → 20 days ago Forum: Introduce Yourself
Howdy, partner! Welcome to the Guild. Looking forward to seeing what your creativity brings to the table :)
In Looking for some nice books. → 21 days ago Forum: Star Wars OOC
youtini.com/collection/getting-starte…

The first one they recommend is Lost Stars

OUR SYNOPSIS
NO SPOILERS
You may be familiar with the events of Star Wars’ Original Trilogy, but Lost Stars manages to re-explore its major plot points through the eyes of brand new characters Ciena Ree and Thane Kyrell. Along the way, it tells a love story that rivals that of Anakin and Padme.

Claudia Gray is among the elite Star Wars authors when it comes to crafting compelling stories. This books excels by giving a fresh take on the Star Wars story fans already know and love.