STATUS: They who smelt it dealt it works as well for those that accuse cheating are usually cheating 8 days ago

8 days ago
Current They who smelt it dealt it works as well for those that accuse cheating are usually cheating
8 days ago
Is it me or do the animals seem to be plotting against humanity
1 like
10 days ago
To try and fit Reality into Fantasy is like sex with a cousin ; "It might feel good but you know it's wrong"
1 like
16 days ago
Better to be a Geek Goddess than a Soccer mom
3 likes
17 days ago
I was looking at a list of politicians and was surprised how cheaply you can buy many of them the republicans cost a little more than the democrats but give more bang for the buck
2 likes

Where do I come from? I could be a smartie an say the "Great State of Denial" but lets just agree that I like keeping my RL Life disconnected from my RP Life.

“Yuki!” yelled the Shop Manager at Go Go clothes a trendy store in the downtown area.

When she looked up she knew this was going to be one of those sales that meant she’d be subjected to the I’m such a Ladies Man egos her two customers projected.

They took up her time but their egos made sales as she flattered them and they proved easy to deflect with the old I have to care for my sick grandmother trick.

Her day done and her lunch ruined because the store was too cheap to provide a refrigerator Yuki rode the train back to her low end 1 room apartment her stomach embarrassing her by growling.

So after another obento box bought at the corner 7-Eleven and counting her money to see she had the cash to pay entry in the local pool she went to sleep.

The alarm went off and Yuki rolled over smacking it off before sitting up and stretching. Next as she did every morning Yuki began stretching exercises before she gathered up her swimsuit and her bag of clothes that included one set for school and another for work. It was a routine she’d developed since she’d moved out of the orphanage and she was one of the lucky ones. Yuki had been a top scoring student and athlete despite the poor conditions that she’d grown up in.

Now she was going to a teacher’s college studying to one day be a school athletics instructor and because she had no money to speak of it wasn’t the best or even middle level college insuring the only way she’d get in a good school after graduation lay in the fact she was an all round swimmer who scored high in almost all the events at the meets she attended.

Packed and ready she headed down the stairs of her apartment building and was surprised to notice the landlord had painted the railings. It was at that moment she also noticed the sun’s position; it was noon or close to it causing her to panic. She looked at her watch and it said 5:15 which couldn’t have been right because the sun said different so instead of heading to the pool she sprinted for the train station.

Once she was there she stood on an empty platform puzzled. It wasn’t the fact that a station that would have normally been moderately crowded was empty this time of day but that across the road from the station was a Ramen shop then as she looked around herself she noticed other discrepancies.

An elevated rail and so to was the platform she should have seen the harbor then the sea but she saw a river perhaps 300 meters across.

That was when the train arrived and she climbed on in a sort of daze and had a seat. The train was empty and so were the seats down below; it was all so strange she missed her stop and had to get off and wait farther down the line and ride it back.

When she got back to the stop where the pool was she found it was there but it wasn’t the same pool and was an outdoor pool instead of indoors. Knowing how swimming helped her think she still stripped and suited up and did her laps as she would have done then lay on her back and floated looking at the sky and the thick clouds overhead.

Feeling prunny she climbed out and took a long hot shower then went to school an once more spent the trip just staring out of the window at an empty citySchool added to the shock she was beginning to feel; it was like everywhere else empty.

She tested out the library computers and found they worked and that she could still answer her questions so she surfed the net typing in such strange searches as Empty World, What could a world without humans mean, and so many more and none actually answered the question that she wanted so she headed home.

She walked into the 7-11 and grabbed her usual and when she got to the counter she felt strange just walking out without paying so she checked her own purchases out.

”The First Day”
In Minions Of The One True Goddess Of Chaos → 1 day ago Forum: Character Sheets
PROFESSOR WINFIELD
GHOUL STUDIES 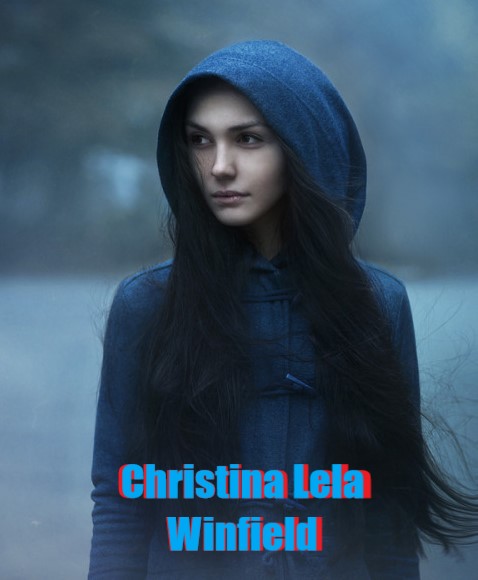 CLASS : Ghoul Studies (This is an elective and takes place shortly after nightfall.)

Bio : Born somewhere in Greece around 1949 Christina was what was known as a temple child because her mother was the Last High Priestess of Hecate and her father unknown. Conceived to be her mother's successor Christina's destiny changed in a senseless attack which left her an orphan and destroyed the temple she'd called home for her first nine years of life.

Raised by an Aunt who was barely related to her Christina was and still is watched over by her mother's ghost and is the reason she is considered one of the Wizarding World's experts on Ghosts, Specters, Spirits and Poltergeist..


She attended Koldovstoretz in Russia where she proved a quick learner but a problem because of her ability to call Ghosts to herself. Still even with all of Christina's Spectral troubles she graduated in the upper 10% of her class and went on to study Euro-Glyph School of Extraordinary Languages in Paris France.

Also an expert maker of potions it is known by a few that Christina has discovered a potion to slow aging or that is at least the suspicion which is why her actual age doesn't match her perceived age.

Sought out by the Death Eaters in the first war Christina became their enemy for refusing to join them and actually aiding those against them. And in the lull between wars Christina made friends with Minerva McGonagall who later asked her to become the former Ghouls teacher's replacement.

She has written 23 books on the various types of Ghosts, Specters and Poltergeist her most famous "The Fetters that Bind and The Dead have Feelings" she also has written 9 books on deciphering the texts of antiquity.

PERSONALITY : Christina is in simple terms spooky many claiming they get a chill whenever she's near, this could be due to the fact that she is always accompanied by a Ghost or just nerves. She's most definitely a night person who's rarely seen out in daylight and when she is she wears dark glasses and a large hat.

Friendly unless angered Christina can become a powerful foe who's mastery of spirit magic can summon an army of Ghosts to her aid.

Patient and thoughtful she genuinely enjoys teaching often helping her students in classes outside of her own.

WAND :
(neutral wood, the stronger the will, the more effective the spells.)
11 inches slender and flexible.
Core
(Extremly Useful for Dark Arts and Stunning)

PET :
A Large snow white Irish Wolfhound who can rest his paws on Hagrid's shoulders and look him in the eyes

Deep in the dungeons of Hogwarts is found the Serpentine Hall and the classroom of Ghoul Studies.

Serpentine Hall not properly part of the Dungeons but the entrance to the Catacombs but by Salazar Slytherin in the tenth century. The hall is home to some of Hogwarts most beautiful stonework and sculpted art. But like many such places it is a facade that hides behind it's beauty many secrets in the Catacombs of Hogwarts.

This lonely hall is the place quoted in the legend of horrors that the older students and siblings use to frighten and astound. It is haunted by ghosts which names are known to only other ghosts and of course the Professor of Ghoul Studies

The quiet Miss Winfield is almost never seen above ground in daylight and at night seen more outdoors except on rare occasions at Feasts or important school functions. When she speaks people must strain to hear her but she has demonstrated either an ability or spell that emits a scream equal to a Banshee's which she used to drive back a group of three direwolves that had wandered on campus.

Her quarters are off her classroom and were once an abandoned crypt built for one of the Heirs of Slytherin and are twice as spacious as those of the other professors. (The only draw back is no view.) The Ghoul Studies class is conducted in the catacombs themselves but has as it's actual classroom is a small amphitheater who's lectern sets recessed into a natural half dome of Large crystals. The students desks are spacious and even described as comfy and sit 3-6-12-28 on each level. Four seats are occupied permanently, 2 on the highest level with 1 each on levels 2 an 3. ( 1 Mummy and a Skeleton top level, 1 Ghoul on the third and a former student's ghost on the second level)

Class begins exactly two hours after dark or evening meal in the long nights of winter. Usually Miss Winfield tells her class the history of the area they'll visit that night or the legends of the ghosts they might encounter. Sometimes though Miss Winfield's mother a ghost takes over teaching a portion of the course mother and daughter call practical questions and answers. No one is sure what Miss Winfield does on those night's which she doesn't appear to teach.

Once a month Miss Winfield locks the students in a catacomb section where Peeves is allowed to play with them anyway he wishes so long as they are not harmed. ( Feel free to try magic on Peeves but be warned that he's resisted many attempts to expel him and a couple of those that tried had to leave the school shortly afterwards.) Hi guys I included a bit more in the Leader at the top of the thread
In Minions Of The One True Goddess Of Chaos → 3 days ago Forum: Character Sheets 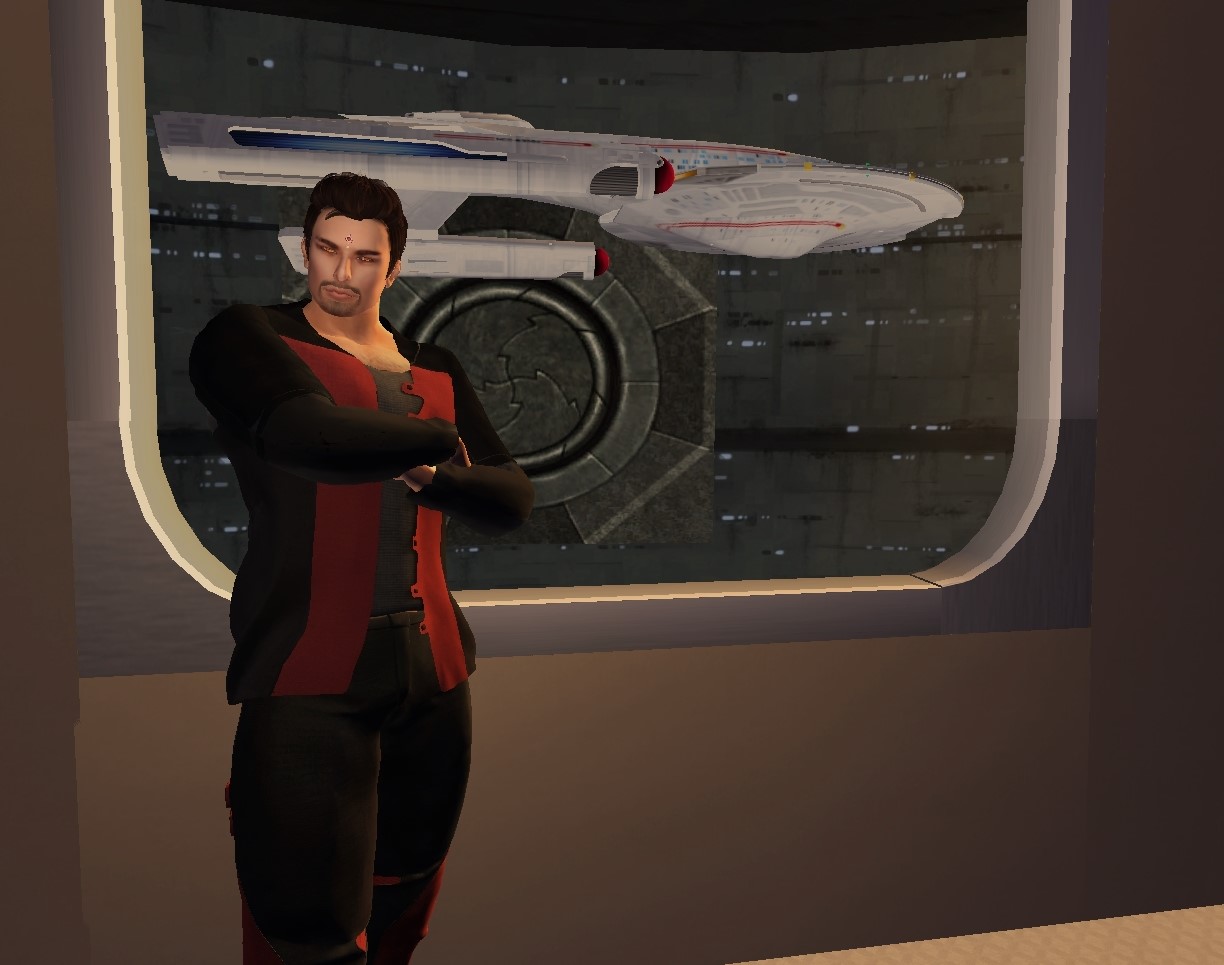 In Minions Of The One True Goddess Of Chaos → 4 days ago Forum: Character Sheets

In False Motives [OPEN] → 4 days ago Forum: Casual Roleplay
Can't think of what you mean here

T H O U G H T S
Your character will gain thoughts and ideas from interactions with NPCs & events, these can leads to side arcs, something good for character or something bad. You'll be PM'd with every thought you get and you can choose to Opt in or Opt out.