Member Online
tobiax
3815 posts
in 2504 days
Online
This is a resubmission/mirror/re-ad/what-have-you of an interest check that I posted in general. I prefer going in-depth with detail, settings, lore, and posts when I can (though I'm not a stickler for length, as things can get busy and I don't always have a lot of energy these days). That being said, I'd like to shake the rust off and try running an RP again, since there aren't too many that have been tickling my fancy recently that aren't already full by the time I get to them.

As the title says, the RP ideas I'm thinking of starting are as follows: Animorphs- based on the book series from the mid/late 90's/early 2000's, Bionicle- the Lego set line from 2001-2010 (aka the original storyline), and Azure Striker Gunvolt, a videogame series by IntiCreates which is somewhat of a spiritual successor of Mega Man X/Mega Man ZX, involving super-powered humans, with some elements similar to X-Men, Final Fantasy VII, and fast paced action, with some social awareness that was usually missing in Mega Man games.
I'm willing to accept people who are unfamiliar with the settings and inform them as they need. (In fact, not knowing how things go with specific detail would be helpful for an Animorphs RP, as it would make the characters more genuine.) Just to make this clear, we will not be playing as the pre-established characters from any of these franchises. Instead, each RP will be removed from what the "normal sequence of events" would be in one way or the other. (It's way more fun that way)

So, full disclosure, two of these are reduxes/reboots of previous RP's, those being Bionicle and Gunvolt. I was in an Animorphs RP years ago, and I sort of got a double nostalgia shot thinking about it, so I decided to give it my own shot. I won't be mirroring that RP, but I will be borrowing the concept for the CS being in first person, as I feel it added an interesting depth and feel to the characters. For those who are interested in more details, the old OOC's will be linked below. 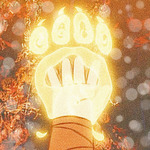