A question about planning

302 posts
in 72 days
Online
Bio 32 min ago
Here is a simple question for anyone that is a prolific GM. How much if at all do you plan out your games in advance? That is to say if you have a good idea for a setting and a stuff like a general goal just how much planning do you put in for things like the main quest, NPC's and sidequests and how much is improvisation?

I am curious to hear your perspective on this.
Hidden 9 days ago Post by TGM
Raw — 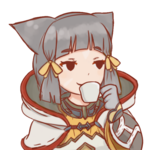 Sometimes I plan farther ahead, sometimes I keep the motion of what's important in the short-term. Other times I do a "touch-and-go" approach and see what sticks. I’m of the opinion that you should have an idea of how a story starts, an endgame, and your foundation. Planning too far ahead cripples your project as you don’t know how your ideas will change or your players will affect the motion of the story in a different direction.
Hidden 9 days ago → 9 days ago Post by BangoSkank
Raw —

457 posts
in 1363 days
Seen 5 hrs ago
Bio 6 hrs ago
You also have to figure out if you have a story you plan to tell and want folks to go on THAT adventure with you or if you want to just go with a theme and a setting and see if folks want to go on AN adventure with you.

You could be Captain Black Tom piloting the legendary Pirate Dragoon "The SeaSquash" trying to evade Lance Corporal Cory Lance of the Spanish Armada de Baptiste de Santa Maria de Los Pequeniños, who is hunting you down for seducing his wife, his daughter, and his personal tailor. You and your crew must fight legendary sea creatures, scurvy, other lesser pirate crews, and seek to pull that one big haul before Lance Corporal Cory Lance can hunt you down and see to shivering your collective timbers in order to restore the legacy of the Baptiste de Santa Maria de Los Pequeniños Family.

You might also be Captain Tom Black, having just inherited a quite capable ship but having lost the crew as you haven't proved yourself. You need to put together a crew and find your way in the cut-throat world of being a cut-throat. Blood, riches and booty await. Yar maties yarrr.

Either way you could always add more detail to make it more specific. Stating a theme or a time period or a genre. Maybe it's a piratey romance, or a comedy, or a slice of life. Maybe it's post apocalyptic pirates. Maybe it's classic pirates but grim dark. Maybe it's kung fu pirates vs olden times boxing British colonial navy.

Here is the setting I'd like to do. Here is some indicator of the tone I like. Here are some themes I'd like to cover. Then you can lay out how much of the idea you have down as a mandatory thing and how much you are open to changing.

You might even list different versions of the story or entirely different stories you'd like to do. Sometimes you have a decent idea and someone comes in and has a different take on it that you like better than your own and then the story you were going to tell becomes second fiddle to some weird wacky shit.

I like a teaser. I like a solid enough idea to see that you have certain elements you want to explore but also enough openness that I have a good shot at convincing you that actually a Halfling would fit in your world. I like some opportunity to iterate. I personally quite like when it becomes collaborative and we each add a little to the story stew.
1x Like