STATUS: Luck and timing seems rarely in our hands, doesn't it, Wraith? 3 days ago

3 days ago
Current Luck and timing seems rarely in our hands, doesn't it, Wraith?
6 mos ago
At a point where I'm just not going to do RPs for people anymore. I'll do my thing and if people app then that's cool, but no more requests.
4 likes
6 mos ago
Open the door, get on the floor; everybody walk the dinosaur.
4 likes
7 mos ago
I make RPs and RP accessories.
6 likes
1 yr ago
The people you hate the greatest tend to have the flaws you see in yourself that you resent the most.
4 likes 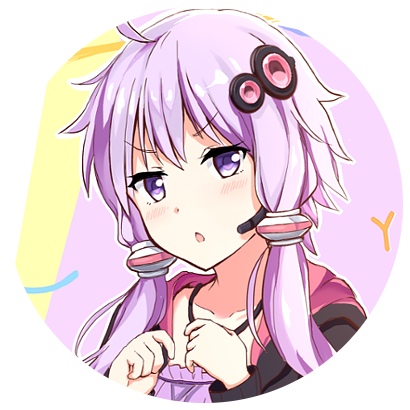 If you’ve been around you know the bullet points. I’ve been in the roleplaying medium too long and for a long time not nearly consistent enough. You either like me or don’t. I don’t care anymore, I’m gonna be me. If you want to RP my interests are anime vibes that doesn’t suck, dark fantasy, space westerns, actual westerns, modern fantasy, slice of life, survival horror, superheroes, and basically everything. I’m asexual but I’m open to romantic plot beats if they’re good.

Send me a PM if you’re into semi-decent writing in any these categories.

I have a personal discord and if I know who you are, I'll give you a look.

Every attempt to fix it has failed because it is like building on top of that failing foundation.

That's going to happen when the people who genuinely want to contribute positively to the site and improve it have been pushed out for one reason or another. Not sure its productive or kosher to go into that, but I do agree that the central component of the problems present is administrative decision-making. I feel like enough of us have spoken at length on this and are exhausted about saying it again. Those who know know.

Otherwise, my point is all that we, collectively, can do is contribute positively because no administrative changes can be made by us. It is out of our hands, so what can we do that is in our hands? That's the question to ask because Mahz and the administrative staff issues are things we cannot help with.
In Feature Request Thread → 9 days ago Forum: News

This has kind of gone away from the topic of feature requests...

As a feature request, maybe it's possible to add "zeroth" posts to test threads?

The only thing I really want that is near a "need" is tabs in PMs so I can RP cohesively in PMs without 2-3 different threads. It'd, frankly, extensively improve my 1x1s.
In Feature Request Thread → 9 days ago Forum: News
Solely blaming the administration is an easy excuse, in my experience. While I agree that the way Mahz has designed the leadership policies (and not being active consistently) is a factor in the larger community's dissatisfaction but I think the problems are a little more than that. RPG is stable and it has a lot of baseline features needed to roleplay, but the lack of community can be put on us at times as much as it can be on Mahz's policies. People who had the drive to do community events were driven out. People keep shuffling out due to the hobby falling out of their hands and we aren't retaining many new members who do public roleplays. The discord server is basically dead. Contests have less engagement than they used to. Off-Topic Discussion on site has gotten tepid.

Not every single issue can be laid to blame at Mahz or the staff's feet. As Dion said:

A shitty QoL feature that is at this point outdated far enough that it's offered as PnP plugins for forums isn't going to change this. Nor is a twitter account, haha.

The only thing that is going to change RPG is a new influx of members that stay, feel welcome here, and want to roleplay. Do the staffers even want to solve that issue? No, they've been told they are janitors and nothing else. Otherwise those of us who remain will just try to keep doing as we do until the site inevitably fades into the annals of internet history. The only way [without a influx of new members] we can revitalize RPG is to roleplay and do the community engagement ourselves, which is being way more optimistic than anything else.
In Feature Request Thread → 10 days ago Forum: News
Yep, Dion's pretty much correct here.

The community is shrinking and apathy is exponentially growing by the day; there's less user engagement and people feel less concerned about building community between each other. As awful and ridiculous as past spats were, we still had a lot more community agency and unity in a way. It's more than Mahz stepped away and new features can't be added--those are just bells and whistles. Those don't bring new users in and retain them nor does it convince those who are basically on their way out from RPing as a hobby from keeping themselves from retiring outright.
In The old Roleplayer Guild RPs → 10 days ago Forum: Roleplaying Discussion

Yeah, I don't think so. There was the Wayback machine, when Guildfall first happened, but that's about it, and not everything got saved even then.

In the past, a few wayfarers having a little duel or fight in the middle of a town center wouldn’t have amounted to much of anything.

It was a pretty common occurrence in online games where “pvp” was something you toggled for one reason or another. However, the world of Aetheria had changed since the glitch in many ways and much like those ways another one seemed to turn up at the worst possible time. As Graves admitted defeat and the group of wayfarers finally easing up a loud whistle screeched across the city streets and before the group could realize it they were surrounded by armed denizens and one particularly angry one at the center of the sizeable group.

By all obvious appearances the group were, well, they were the city guard. It didn’t take a rocket scientist to do the obvious math that fighting in the streets had been reported and they were carrying out their investigation.

To anyone who had spent enough time in Thorinn doing busywork, or particularly knew any snippet of the lore, the one who spoke was Lendie Everrandis, the leader of Thorrin’s city watchmen and in the past, general quest-giver for new and intermediate players who chose the city as their home. She was not a denizen who had much of a… sunny disposition.