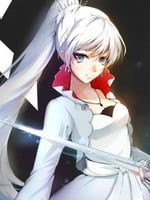 2678 posts
in 2321 days
Seen 8 days ago
I would have stuck with this a lot harder but I got a sudden drag on my time. I still really enjoyed what little I did though.
Hidden 4 yrs ago Post by Sage
Raw —
GM 753 posts
in 2320 days
Seen 2 mos ago
Bio
As the new and improved Sanctuary is being drafted rn, I wanna give out a few awards for those who participated in this... (let's call it a) prototype:

BEST CHARACTER: Thanar. Played by GrandGM for like the first 3% of the RP, I have to say he had the coolest looking character. My favorite piece (with a very unique writing style) who unfortunately did not carry through the rp.

BEST POWER:Yugeto. Spiritually augment on anyone? This motherfucker was like a walking, talking upgrade machine.

BEST DIALOGUE: Vates/Vortex. FatBoyKyle's british wit just gives him that ability to make his character's conversations fun to read no matter how plain they are. lmao.

SOVEREIGN'S KEEPER: For the one person who consistently showed a lovable amount of effort and thought. This person, being new to the entire roleplay, seemed to always know what to write to keep shit interesting. The thought that went into this person's posts had me rather impressed and they not only showed dedication, but true skill. This goes from character development, to paying attention to things like the mass of a character being increased due to their power (thus slowing down a shuttle), to combat instinct, utilizing a crashed shuttles' smokescreen to defend our characters from lightning ballistae. BBEAST, Zachary and Kaa'is win what is essentially "best roleplayer". Thank you and I hope to see you in the reboot.
1x Like

Got fired yesterday, so I'm using some of my new found free time to re-read this rp :P

Damnnnn haha, I re-read it recently and while I cringed at some of my corny ass writing, I enjoyed the story and characters a lot.
1x Like

Bio
If there was an award for corny ass writing, you'd win it.
2x Like

If there was an award for corny ass writing, you'd win it.

Oh look it's my secretary.
Hidden 4 yrs ago Post by Skai
Raw —

Oh look it's my secretary.

Anyone in any good rps?
Hidden 3 yrs ago Post by BBeast
Raw —

Don't you have college to do?
↑ Top