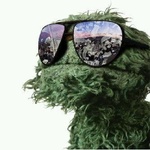 5407 posts
in 2198 days
Seen 12 mos ago
By 2040 miniature computers have advanced to the point that Neural Computers are available to the everyday consumer. Costing as little as a few day's pay or up to several month's pay, these implants allow a person to use the normally unused portions of the human brain for data processing and storage, though at various levels of efficiency, allowing them the convenience of a personal computer and cell phone without having to carry around a device for it. Even the cheapest of NeuralComps (NC) give you several terahertz of processing power and dozens of terabytes of storage space. NCs can also allow you to network with outside computers, letting you expand your capacity, interact with devices, or go into VR mode with others.
Soon after they were introduced, however, the NCs started to locate areas in the brain which, should they access them, would allow the user conscious control of their autonomic functions. and could even be used to enhance these functions. Doing this would eventually cause damage to the body and brain of the user, however, so the manufacturers released an update to block this function. Some people, known as Brain Hackers, can bypass those blocks and allow this function. In fact, with only a few hours of research on the DarkWeb and a Bitcoin or two, you can purchase programs to hack your brain for you, allowing you to effectively buy superpowers.
The more you hack, and the more you use the hacks, the more your brain and body are injured. We, as Brain Hackers, must learn this the hard way.

I don't care what your character can do, as long as it is an enhancement of or control over a function your body already has. In fact, if you are creative enough, you might even be able to create a convincing explanation for actual super powers (amplified electrical current through a nervous system that has higher electrolyte levels gives you taser-like abilities, for example.) Just remember that the more you enhance it, the more strain it puts on you. Giving you conscious control over your heart rate or letting you go into REM sleep at will won't strain you much but controlled adrenaline output will stress you at different levels depending on the adrenaline levels.

5407 posts
in 2198 days
Seen 12 mos ago
Name:
Age: 19
Appearance:
Neurocomp: A fairly basic model that he bought a year ago for use in school, it is limited to 2.5 terrahertz of processing speed and 12 TB of storage space. It includes programs for teaching and translating languages (Google Linguist) and several dozen language files, some of which he is using to learn other languages. It also includes a textbook download and access program called Fastlearner which lets him learn faster in his classes by accessing relevant passages in these books. He also has several video games and emulators for older games, and a program which lets him access schematics and create and break down 3d object models.(description, special features, speed/storage, other programs)
Brainhacks: Controlled Adrenal Burst (maximum effect is 20x brain processing speed (bullet time), 10x strength, and 5x speed. Downsides include the fact that it rapidly tires him out and the fact that high-level usage of its strength or speed enhancements can lead to tearing of muscles or tendons.), "Vulcan Mode" (A hack developed by a fan of Star Trek, it drastically weakens his emotions and ties the information processing capabilities of the NC into his brain, making him more logical.)
Personality:
Bio: A college student.
Hidden 5 yrs ago Post by GingerBoi123
Raw — 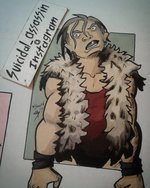 Just because it kind of fits, though you'd give yourself 3rd degree burns and probably use so much energy you'd either kill yourself or go into a coma by using it. Or you could get some high end prosthetic arms and combine it with the brainhack.
↑ Top
© 2007-2017
BBCode Cheatsheet