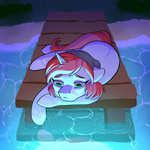 12 mos ago
Current 4 years later~
5 yrs ago
Replies will be slow due to upcoming exams. Have patience. I'm sorry for any delay
5 yrs ago
I seriously do not understand why I need Calculus for Computer Science. Let me just take my programming classes and get this degree over with....
5 yrs ago
Stressful Calculus test tomorrow. Completely clueless. Will be slow to reply for a few days while I recuperate...
5 yrs ago
It's been 4 months since I disappeared from this place...and it's never looked so beautiful O_O
1 like

I draw crappy pictures of animals. I play a lot of video games. That's my life.

I'f you're interested in starting a 1x1 with me for whatever reason:

I can play any gender
I will post at minimun one paragraph a post. At least enough for you to go off of
I'm no stranger to dark themes and gladly accept them
I'm fairly open minded

So hit me up with your ideas

And so you know ahead of time I'm going for a male barista.
Can I get a general layout of the cafe?
In Making a plot: How do you do it? → 12 mos ago Forum: Roleplaying Discussion

To railroad or not to railroad. To say 'You're inside this village, do whatever you like' or be a guiding hand? Maybe some GMs have other people where they can be trusting that giving them too much freedom is okay. But personally I've experienced that your players always say 'I want muh freedom!' but if you give em too much, they might lost interest because they either can't or don't do much with it.

Thinking about it now, this might be a problem I have. I don't want to have to keep edging my players along the story's track so that they have freedom to have fun with their characters. On the other hand, derailing from the main objective is when I'd often lose a player or two. Either it takes too long due to spaced posting times or it's getting everyone back together.

I've recognize since those times to just let them do their thing and subtly lead them back toward the main quest. It's as much their game as it is mine.

As for World-building: I never knew how much was too much. For a recent pirate RP I co-GMed we did a lot of World-building. Mostly because the more we talked about it the more these little ideas and tidbits for the world came up. Just little stuff to give the world depth. Unfortunately, the RP didn't survive long enough to explore all the minor concepts and details we put into it (Though I'm hoping to revive it and go a new direction). Felt like all that brainstorming wasted. But coming up with the ideas was fun, so I don't regret getting too invested in the world.
In Making a plot: How do you do it? → 12 mos ago Forum: Roleplaying Discussion
So, I love roleplaying, and when it comes to making characters and their backstories, I can get creative. I also love running RPs myself, being organized and such. But my problem is that I suck at coming up with storylines and plots for the RP as a whole. I can think of some general ideas, but I find it hard to think of the story in the long run and how people will be able to play through it, what obstacles they will face along the way and what will drive them to progress the story.

So, to you GMs out there, how do you begin planning a story out and running your RP? What things do you think about? What mistakes have you learned?

Specifically talking about heavy story driven RPs and less slice of life.
In Searching for partners. -Open → 12 mos ago Forum: Free Interest Checks
I may be interested in RWBY, Pokemon, or HTTYD. I'm just really bad at plot creation and stuff
In Café Crème, the Catmaid Café! ♥ → 12 mos ago Forum: Casual Roleplay
Hey, the interest post lead me here. I haven't been rping on this site or much anywhere in some time, but I think this is casual enough for me to get started again, if you're still open for more peeps.

Bookmarking for now while I fill out the sheet :3
In Dragon's Mask: Storybook Fantasy with All Children PCs → 3 yrs ago Forum: Casual Interest Checks
How many people are you looking for? This idea sounds really interesting. An all child cast would bring something new to the table in how they interact and develop.
In Hunters of Remnant: Bleeding Hearts (High Casual/Low Advanced, RWBY inspired) → 3 yrs ago Forum: Casual Interest Checks
Are you still looking for people? I've been meaning to make a RWBY character and have an idea in mind. This could be a great way to expand on the character.
In It's all over but the Crying (Fallout Equestria) → 3 yrs ago Forum: 1x1 Roleplay
WIP

Name: Aloe Vera (Vera)
Age: 19
(Sub)Species: Pony - Earth
Gender: Female
Orientation: Straight (bi-curious)
Personality: Vera is a very steadfast medical mare and fairly driven in her quest to heal every pony in need. She's ambitious and stubborn when it comes to the health of others, often using force if a patient is resisting her efforts. She will go to great lengths to help other ponies and the like, even those she may call enemies. Though she tends to be one who holds grudges, she doesn't let her personal feelings get in the way of her professional life. She's a very strong willed individual, despite lacking in offensive skill. She isn't afraid to throw a punch, but that doesn't necessarily mean she can dish it out very well. She is very adamant about sticking to her morals, but can often find herself stressed and conflicted over what's right.

If you're someone who managed to gain her trust, Vera will be a very faithful companion. She is the type of friend who will be straight up with you and not give you any bullshit. She won't sugar coat things and may sound harsh at times, but it's only because she respects you enough to tell you the truth. Despite this, she knows when she needs to tone it down and be comforting.

To anyone she would call an enemy, she would do what she can to make your time with her a living hell, to the best of her ability. This often lands Vera in tough situations as she rebels against those who are physically strong than her. She may not be the strongest pony, but she can hold her own for some time, even if she knows she'll lose in the end.

Due to her childhood, she developed a fairly high tolerance for pain and abuse.

Background: Vera grew up in a nomadic lifestyle, her parents often taking her with them on the road. Her mother was a caravan vendor that traveled the Wasteland selling goods to lone travelers and supplying various settlements. Her father was a mercenary who ended up becoming her mothers caravan guard after taking the job. The two of them fell in love during their time together, if Vera's mother hiring her father more frequently until their relationship turned from professional to personal. Very personal..

During one of their routes to a larger settlement, the caravan was attacked. In the wake of a fire-fight, Vera's mother (a unicorn) teleported the frightened Vera to a nearby bush as she and her mate (Vera's Earth pony father) fought off the Raiders. She watched in horror as her father took a bullet for her mother and cried out for them. One of the Raiders took noticed and grabbed Vera from her hiding spot, taking off with her when her father began to shoot back. The last thing she from them was her mother shrieking her name and her father letting out a blood-curdling scream as her shot down the raiders. To this day, Vera doesn't know what became of her parents, but she holds her memory of them close.

The raider who took her brought her back to his camp in an what use to be a hospital. After a careful, and intrusive examination by the leader, Vera was deemed viable to sell off to slavers. During her time with the raiders, before she was sold off to slavers, Vera took advantage of the camp and read up on old medcial books scattered around the hospital when the raiders let her out to tend to some 'clean up'.
She grew up as a slave, being treated very poorly and often times manhandled. She had many owners over the years but they all often returned her due to her rebellious and stubborn personality. She would often fight an argue with her 'masters' who would eventually turn her back over to the slavers. Why they never thought to kill her, she never knew. Vera often thought it was due to her skills with medicine. She was valuable to them.

She was able to finally be free of the slave life when, by chance, a kind, but wealthy client bought her. Over the course of 2 years, her new 'master' fell for her. It was gradual, and in the course of that time, Vera never let up or allow the hardships get to her. The resistance to succumbing amazed the stallion who bought her,
Weapons: --
Other: --