That guy you knew

STATUS: I've started the process of writing an adventure book for my most ambitious GUTS+ campaign, and hoo boy, it's exhausting. 1 mo ago 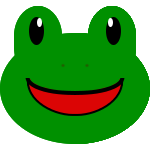 1 mo ago
Current I've started the process of writing an adventure book for my most ambitious GUTS+ campaign, and hoo boy, it's exhausting.
2 mos ago
1 month later...
1 like
9 mos ago
I'm attempting to make some one-page adventures for my GUTS+ system. We'll see how that goes!
1 like
9 mos ago
I'm not a spambot, I'm just excited about my hard work on my app and I want people to not use spreadsheets to make conlangs anymore because that sucks!
3 likes
9 mos ago
Do you make conlangs? Do you want to? Lexiconga just got a huge update, so if you're still using a spreadsheet to track your words, you owe it to yourself to check it out: lexicon.ga

A web developer who makes apps for extremely niche interests. If you happen to find the username "Alamantus" anywhere else on the internet, it's pretty likely that you've found me, so say hello! :D Just be sure to say where you're from and how I know you when you do or else I'll have to ask. :P
Random Details:
Current RPs:
Closed:
Available:
Dead:
Things I've Done/Made:

In [GUTS+] You Awake in a Dark Room → 2 mos ago Forum: Tabletop Roleplay

Swallowing her unease, she traced the bolded path on paper towards the middle hallway, pointing at it. “This way should be right. It’ll turn later, but that’s what’s drawn,” she said. Then, taking a breath, she exhaled, looking to Duncan. “Let’s go,” she said, leading the way down the hall.

Carefully walking down the hall... nothing happens. The flat, blank walls are somehow very good at absorbing sound rather than echoing it, and their footsteps are strangely muffled.

When they approach the first turn indicated on the map, they see a similar hallway, and continuing down that, nothing continues to happen. Their fear naturally lightens with the lack of noise and activity, but their unease remains, perhaps deepening. This maze solution seemed to not be leading them anywhere dangerous at least.

Following the map, they make the turns as directed, pass two doors, and finally reach the end point of the map: a large, wire-reinforced window set in a dead-end wall and a small gap at the bottom of the wall that is far too small for Duncan or Pebs to fit through. Looking through the window, they see something that could only be described as "unexpected": a flat room with very tiny, maybe 4-inch-tall walls that zigzag and appear to create something of an obstacle course? At the end of the course is a ramp that is aimed at the wall, and on the wall is the word "PUSH" painted in block letters with dripping white paint with arrows pointing at a big, green button below it on the wall.

@Typical@Vertigo
In [GUTS+] You Awake in a Dark Room → 3 mos ago Forum: Tabletop Roleplay

He pushed the door as open as it would go, hoping the light that poured through would help illuminate the way a little. At least until they found another switch. Duncan squinted his eyes and walked forth, only stopping when he realized the corridor split into three. He tried to look around in each direction to see if he could spot the familiar shape of a light switch - or some other source of light.

Looking around, Duncan quickly finds another conveniently illuminated light switch on the wall right next to the door! Turning it on, the bland, white hallways are illuminated. There are no decorations aside from the occasional dirty smudge where someone must have touched the wall as they walked through, the floor is still smooth and relatively clean cement, and it simply splits into three directions, just like the map that Pebs found seems to predict.

The Map had shown the line moving up the center hallway first before turning left, then right, then left again after skipping a couple of branching paths...

@Typical, @Vertigo
In [GUTS+] You Awake in a Dark Room → 4 mos ago Forum: Tabletop Roleplay

“Right, yeah, key,” she said, turning back to the door with said key in hand. It took a second of fumbling for her to match the key with the keyhole, and when she did, she inhaled, pushing it in.

As Pebs jiggles the key in the lock, it sticks for just a moment before turning with a slight click! The door practically swings open by itself, as if it was anticipating the key and hoping to be unlocked. Pushing the door open a little bit more reveals yet another dark room, but the light pouring through reveals two corners several feet beyond. If Pebs squints in the darkness, she could swear it looks like three hallways—one forward and two left and right.

@Typical@Vertigo
In [GUTS+] You Awake in a Dark Room → 5 mos ago Forum: Tabletop Roleplay

It seemed unlikely, but that was the first thing she thought of. She had no way of confirming this, though, but she peered at the paper anyway, trying to connect dots between the two rooms she’d seen and the image on the paper. Did the red line turn the right way if she faced the right way? Did the walls the doors were on match the turns the red line took?

No matter how she turns the paper, Pebs can't seem to make the rooms they've been in make sense with the layout of the map. Hallways seem to fan out from one point in three direction and branch off each of the paths as they go. No linked rooms or hallways are depicted as far as she can tell.

@Typical, @Vertigo
In [GUTS+] You Awake in a Dark Room → 5 mos ago Forum: Tabletop Roleplay

“Keys are always nice, and this paper,” [Pebs] said, opening the folds, “hopefully it’s as helpful as the last.”

Opening the folded paper reveals a very messily-drawn maze of sorts with a red line drawn down what must be the correct path! The maze isn't very long or complicated, so it probably wouldn't have been much trouble to solve in the first place, but hey, maybe it'll save some time.

[Duncan] turned on the radio and tried to steer the car forwards at the same time, hoping he had one more hand to cross fingers with.

Turning the boom box on produces nothing but gentle static coming from both speakers. Looking closer at it, Duncan can see the little spokes inside the tape deck spinning but there doesn't appear to be any cassette to spin!

At the same time, in response to the remote control's trigger being pulled, the now-powered RC Truck zips off the table, smacks into the ground, spins, rights itself, and continues going until it smacks into the door at the opposite end of the hall.

@Typical@Vertigo
In [GUTS+] You Awake in a Dark Room → 6 mos ago Forum: Tabletop Roleplay

Pebs arrived with the speaker before Duncan could think on that any further. He gave her a quick thanks, then started to try and put it back to its supposed place.

It doesn't take much effort for Duncan to take off the speaker cover and Wind the bare wires back around the ones sticking out. From what Duncan understands of wires and speakers, it should be good as new!

The boom box feels heavy as Duncan works with it, and a quick check reveals that its weight is a result of it containing all 10 required AA batteries inserted in place in the back battery panel.

@Typical, @Vertigo
In [GUTS+] You Awake in a Dark Room → 6 mos ago Forum: Tabletop Roleplay

She frowned, glancing back at the plant, then walking over to it.

“This thing’s the only thing alive other than us, but what’s the point of having it at all,” she muttered, bending down to check over the pot.

The potted palm tree's soil is damp, as if it had been recently watered, but the soil appears undisturbed. As Pebs looks at the plant and it's pot, trying to think of the best way to approach it, she decides that before digging through the dirt, she'll check underneath. Unfortunately, this task is surprisingly difficult, because the pot is unexpectedly heavy. She's able to tilt it and turn it so it's moved off of its original space a bit, and to her pleasure, a small, normal-looking, stainless steel key is lying under the pot!

She looks back at the tree and decides to take another quick look, which reveals that what had been the back of the pot had been hiding another piece of paper folded up and taped to the side of the pot!

@Typical,@Vertigo
In [GUTS+] You Awake in a Dark Room → 7 mos ago Forum: Tabletop Roleplay

As he waited for Pebs to bring the speaker over, he checked the drawer. They did have a key without a lock, after all.

The small drawer contains only one thing: a remote control for a radio-controlled car. It's pretty light—probably missing its battery. Shaking it does not cause any rattling noises.

@Typical, @Vertigo
In [GUTS+] You Awake in a Dark Room → 7 mos ago Forum: Tabletop Roleplay
A long fluorescent bulb flickers to life with a buzz and illuminates the rest of the hallway.

The table does indeed span the exact center of the hallway and another door like the first is at the far end of the hall. Pebs and Duncan can now see what appears to be an old boom box on the table. One of the speakers is clearly missing with just a socket where the wires. The table has a small drawer situated in the middle, but is otherwise bare. The walls are likewise bare and white, and the only decoration in the room is a little potted palm tree in the corner by the opposite door.

Splinters of the broken door are scattered on the floor just outside the door they are coming through.

The fluorescent bulb flickers, goes out, but then slowly illuminates again with a more dim light than before.