searching for my Beast

STATUS: To anyone who cares, I will be taking a break from rpg. I don’t know if I am coming back. 2 yrs ago 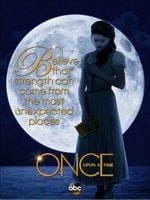 2 yrs ago
Current To anyone who cares, I will be taking a break from rpg. I don’t know if I am coming back.
1 like
2 yrs ago
Going to a dark place again... Trying to claw my way out is getting harder...
2 yrs ago
I am getting very tired of being blamed for things that are not my fault
2 likes
2 yrs ago
When you are so emotional you are close to dropping from every rp you are in just so people won't have to deal with you anymore
3 yrs ago
When a character that meant something to you gets torn down and thrown away like trash... 😢
3 likes

The kid looked like a puppy afraid he was going to be kicked. Jessalyn swore ripely under her breath repeatedly.
"Relax short-stuff I'm not in the habit of shooting kids," she said, rubbing the back of her neck.
Turning, she reached into a box and pulled out two cans. They had pull tabs so easy open. Popping them both she realized she had grabbed two cans of spaghettios with cut up pieces of hot dog. It wasn't the best cold but it wasn't the worst either. Jessalyn stuck a plastic spoon in each can and handed one to Jasper.

Katie heard the sound of the monsters. She had no qualms about leaving the other man behind. He was too hurt. He would die soon and become a monster as well.
She looked confused for a moment when the man who helped her asked about her mom. Then she remembered. "Mama? Oh! Uh..." she looked around rapidly. "Maybe one of the other store entrances?" she suggested, tugging on the man's arm.

She needed to find a way to slip away from this man and head back to the soon-to-be-dead-man's camp and take what she could carry before someone else found it. Maybe she could lose him in the mall.
She no longer wanted to steal from this man. She didn't have to now that the bearded man's stuff was easy pickings.

When the dog growled she backed away, this time genuinely scared. Katie had run into wild dogs before. They were mean and scary. She had seen then rip other animals apart. She was almost as afraid of dogs as she was of the monsters.

In The Walking Dead - Hell on Earth → 1 day ago Forum: Casual Roleplay
Welp I just got off the phone after a big fight with a friend that is no longer a friend. I saw a side to them I have never seen before. It hurts really bad. I am going to cry for a while and try to post tonight. Sorry guys.
In The Walking Dead - Hell on Earth → 2 days ago Forum: Casual Roleplay
I’m sorry everyone. I’m having a bout of depression. I will post tomorrow. Hopefully I will be in a good headspace then.

She never expected him to not have a group. How did a kid survive on his own without a group? Maybe it was a recent thing? He was part of a group and ran away? Or maybe they got killed by walkers? Or raiders?

“Shit kid. That’s... shit,” Jessalyn rubbed the back of her neck and turned away. She took a deep breath and blew it out, looking at the ceiling of the bus as if it had the answers.

She felt a pull at her heart. Just a kid. This world sucked royally.
If the raiders found him he’d have no chance. He’d be their little slave while they trained him to be like them : a monster worse than the walking dead.
What the hell was she thinking? She wasn’t a babysitter. She was on her own and she liked it that way.

She liked it that way damn it.

Jessalyn raised an eyebrow. "You found a bunch of stuff stashed away and didn't think it belonged to anyone? Yeah, alright short stuff," she said, stepping towards him and looked into his bag to see what he was making off with. "Look, I'm not about to kill a kid. Not today anyway. But don't think I'm gonna let you steal from me."

She looked him over. The kid was cute. And an accent that said he wasn't from this country let alone this area. Probably one of the tourists who came to Florida for one of the theme parks and got stuck here. Jessalyn squatted down to his level, staring in his eyes. She narrowed her own and pursed her lips thoughtfully before picking up his bag.
"I'll make you a deal okay? I'll let you take the stuff you already have in here and you won't tell whatever group you're in where you got it. I don't need raiders coming here and attacking me. I worked hard making this little area livable and I'd rather not lose it. We got a deal?"

The kid had a gun but hadn't fired it. So either he didn't know how to use a gun or it was as empty as hers was. She wasn't about to call him on it. If the kid wanted some food and a few meager supplies it was fine with her. She could always scavenge for more in the area. There was a large mall nearby that she hadn't really started surveying yet. Who knew what she'd find there? And honestly, she wasn't about to hurt a kid. No matter how bad things got, that was one dark place she was NOT going to cross into.
In Belle’s Interest Check (always open, always looking) → 5 days ago Forum: 1x1 Interest Checks
bump
© 2007-2017
BBCode Cheatsheet