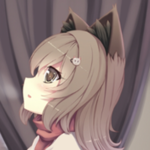 9 mos ago
Current Boomers, the lot of you. ;)
2 likes
10 mos ago
They're bringing Bleach back? That's good, the shops were starting to run out with all this panic buying.
2 likes
11 mos ago
Literally no reason to be like "Of course you chime in". Thank you for your pointless passive-aggression.
4 likes
1 yr ago
"Take out those fuckin' PT boats!" - Call of Duty, World at War
2 likes
2 yrs ago
Don't worry, despite being evicted soon, I found a new place to live. The streets.
1 like

The Elucidora jumped, making it's way toward the destination that it had been set, which was Frost's location. It wasn't too far away, and so would only be a short hop. Once there, Molly would be able to find somewhere to set down, and leave it to be refueled. The problem with leaving a ship on the ground like that is that if Molly had to do something that required her to ditch the ship, such as smuggle herself aboard a different ship, the Elucidora would be left on it's own. Thankfully, autopilot contributed to that, and Molly could remotely set a destination for it. Failing that, she could put in a request for retrieval, and there were multiple ways of which that could play out.

A chime through her headset let Molly know that the call had been accepted by that of whom Molly was calling - Frost. Technically, there were not two individuals on the line, but three - as she was not in deep cover, Harpy would likely be having it's ear in on the conversation. Upon Frost speaking, asking who was calling, Molly nodded her head in acknowledgement. She recognised the voice - of course, it was easy enough to spoof a voice, but the contact was being made very long after Frost had contacted the White Ashes, likely faster than Frost expected. Whichever Contact Handler had picked up the call had spun it off to it's needed places, a brief report being dumped into the Library and a quick quip with Molly's latest Handler, who had passed it down to her.

"The Wicked Falcon, she who sows chaos where she soars," Molly responds. She could easily have just replied that it was the Wicked Falcon and left it at that, but she had to amuse herself somehow. "Anyone peeking into this conversation that shouldn't be?"
In Ûk burz durb... → 19 hrs ago Forum: Introduce Yourself
@Galatarix, welcome! We have plenty of nerds here, so don't you worry, you'll fit right in. :P
In Onto a Sea of Stars | Recruiting → 2 days ago Forum: Casual Roleplay

@datadogie That's fine, yes. When I mean humanoid, I mean bipedal species. Two legged, like how humans are.

Aye, no worries. Was just a touch concerned that you thought catboy meant four legged male feline. I'll get working on my character.
In Onto a Sea of Stars | Recruiting → 3 days ago Forum: Casual Roleplay

I would prefer more humanoid species.

It would be Humanoid, depending on your definition on Humanoid. Would the below be acceptable? If not, easily can change, would just modify the backstory a bit; 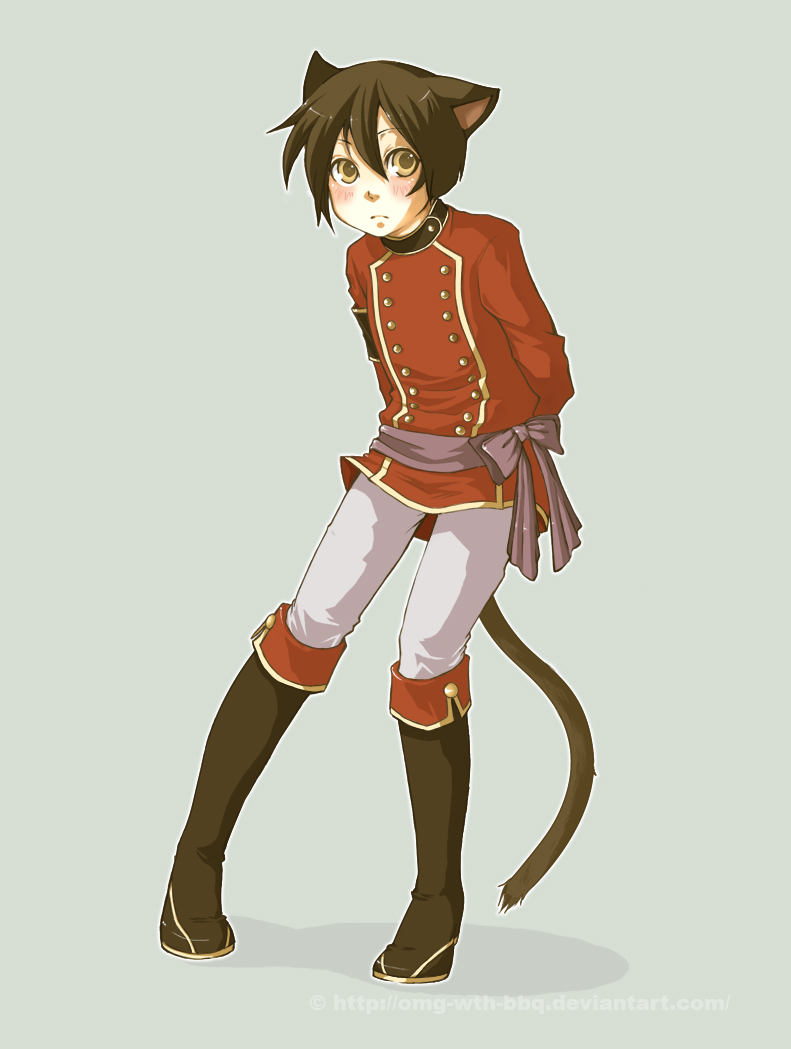 In Onto a Sea of Stars | Recruiting → 3 days ago Forum: Casual Roleplay
Poking my head in here from the interest check to say I'm thinking up a character.

As for species, what are the limitations on them? I joked briefly a day or so ago about catboy in space.
In Space RP → 4 days ago Forum: Casual Interest Checks
I'm slipping my interest into this. A simple and fun concept!
In Tales From Landrunia: Ten Thousand Suns → 7 days ago Forum: Casual Roleplay
Molly Agaphira
Mentions: @Blizz

The opening of Molly's eyes came abruptly, caused by the pinging of the communications terminal, which was in turn beeping in her ears in order to notify her of an incoming transmission. Moving her hand up to wipe the sleep out of her eyes, she took a moment to check how long she had been asleep, a meager fifteen minutes. It would have to do, she thought, bringing her hand to the headset and tapping a button on the side to open up the communications. Rolling onto her stomach, she listened for any introductions from whoever was trying to communicate with her, before nodding her head in respect and acknowledgement. Speaking out another codephrase, the Handler on the other end met her own phrases with his, and security on both ends was established.

"Sorry to wake you up so early, but we have something for you, and you specifically," the Handler says. This intrigued Molly, and so she did not speak, allowing the Handler to continue explaining the task at hand to her. "Debtpuller mission. You'll know her as Frost, you worked together with her around Kastrack. As we've worked with her in the past, she asked any names that she had in mind and yours came out of the hat. I guess you managed to catch her eye, lucky you. Specific mission details haven't been discussed, that's between yourself and the Debtpuller."

"As usual," Molly replies. She had worked in the past with those who asked for the returning of a favour, known as Debtpullers within the White Ashes, though Frost would be the only one that Molly had worked with before Debtpulling. That was likely the reason that Molly got asked for specifically - oftentimes, people didn't believe the fairytales of the White Ashes operations until they saw them for themselves, and that went for any organisation that went above and beyond in it's legends. "How's her Codephrase?"

It was obvious that Frost's codephrase checked out, else this would be an assassination operation rather than the supporting of a Debtpuller. The true meaning of the question was not lost upon the Handler, however. "Hardee har. She checks out, and the effects of her involvement are still ongoing. Threat of a pounce is extremely minimal; Harpy has already started monitoring until you give the all clear, and there are subsidiaries ready to enter play if something does happen. Speaking of which, any deviation from your typical Paranoia settings?"

"No changes," Molly replies. The Paranoia settings existed in the case that an Operative was lost and a rescue mission had to be launched. Oftentimes, Operatives could handle themselves even if they got betrayed by those they were on the side of, but there were a few cases out there where an Operative was in a pickle. In the case that an Operative didn't send an all clear within a specified period of time, based on their Paranoia settings, any action could be taken based on what the Operative had set. An Operative could set it so that after a month, one of the 'Subsidiaries' of the White Ashes, who were in reality just groups that owed something to the White Ashes by money or otherwise, would be deployed. Or, the Operative could set it so that after three days, other Operatives would be sent to help them, though an operative who did this would be dismissed from the White Ashes - and from life entirely. Operatives could set their settings however they want based on their own preferences, and sometimes Operatives who partook in extremely dangerous missions could set themselves up to become a target for elimination if they thought there was a major risk of brainwashing or other methods of making agents turncoat, though this was unheard of, and an agent who played turncoat would warrant the cancelling of almost every ongoing Operation in order to prioritise the elimination of the turncoat. "Harpy, pass me the location and contact details," Molly says.

"HARPY ACKOWLEDGES. WICKED FALCON SAFE. ZERO RISK OF SHOULDERCREEPER. DETAILS SENT." Came a voice that was quite obviously not biological in any form, and spoke very robotically - speaking otherwise took processing power, and Harpy was always using it's processing power. Harpy was one of the few things that every single member of the White Ashes agreed made the Ashes what they were. Whilst every individual of the White Ashes could operate independently and find the information they needed through various means, Harpy could support White Ashes personnel in every way imaginable. It was a computer system that constantly tracked and monitored what flowed in and out of the White Ashes, and could be directed to monitor specific things if needed. It couldn't monitor the entire Galaxy at once, but if you told it to look for something, it'd find that something, or tell you how to find that something. It was part of the reason that the White Ashes operated the way it could with so few members. There were only two members of the White Ashes that knew where Harpy was actually located, the Junior Keeper and Senior Keeper, however everybody, including those who wished to tear the White Ashes down, knew that Harpy had to be in deep space somewhere. White Ashes members were open to wondering if the White Ashes were really lead by the Squire's Blade, or if the Keepers really pulled the strings from behind the scenes.

"Thanks. I'll contact Frost now," Molly says, closing the transmission. As expected, the details of Frost had arrived, and so Molly turned the Elucidora around and let the navigational data Harpy provided plug itself into the computer. As it did it's thing, Molly opened the communications panel again, and let the panel start pinging Frost's datapad, requesting communications.

Beep. Beep. Beep.
In Hello~ → 9 days ago Forum: Introduce Yourself
@KaraSilver
Welcome to the guild!

And if you find any fishy sticks, let me know.
In HIIIIIII im new *smirk* → 9 days ago Forum: Introduce Yourself
@princessrobbie
Hello, and welcome to the Guild!
In GoodPick Intergalactic Mining! (62% fatality rate) → 9 days ago Forum: Casual Interest Checks
I'd like to throw my interest into this, seems like something I'd enjoy!
Hi.
<div style="white-space:pre-wrap;">Hi.</div>
© 2007-2017
BBCode Cheatsheet