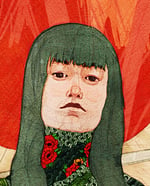 @Brand I have to apologize for the huge delay. I hope things will stabilize for me within the next week :/

No worries! Post when you can.
In Mortal Empires → 4 yrs ago Forum: Casual Roleplay

I would love to speak to the caravan. But I would want to disguise myself first lol.

Yeah I figured you would, haha. Luckily, Atur got a pretty good score on the stealth roll.
In Mortal Empires → 4 yrs ago Forum: Casual Roleplay
@Traveler

If you want to make contact with the caravan we can do the dialogue in one of the IC rooms in discord.

Also, since you and Fetzen are in different locations I want to make it a habbit of posting more frequently for you after each of your posts. (I want to try to respond within 3 days of a post)
In Mortal Empires → 4 yrs ago Forum: Casual Roleplay
Artur

A dilapidated sandstone obelisk towered over the rubble the of the ancient academy, it's majesty now existing solely in Artur's memory. However, there was no time to reminisce on a time long past because the were pressing questions to address in the present. In the time of Artur's life, Kain was still a fledgling empire with its capital resting adjacent to the coast and a mighty river: The Damyat. If the river still held water he could follow it downstream to civilization, though how people would react to seeing him now was uncertain to say the least. Using the position of the rising sun he could navigate his way east and to his memory, he would eventually intercept the Damyat river. He began his journey over the shifting sands, a great ocean of dunes sprawled behind him. The sun bore down relentlessly on everything in sight and if Artur had flesh and blood the unbearable heat would make quick work of him. For half a day he trekked the wastes, gradually wildlife began to appear peppered across his path, the hardier breeds of lizards and scorpions. Then he saw cacti and larger game, a fox and snakes. Then the landscape grew more lively with swaths of golden grass appearing in greater abundance as he made his way forward. Soon the barren, rocky sand gave way to patches of flora, the beginnings of the great plains. Not far off his path he spotted the Damyat, a more shallow crossing judging by the packs of lazy crocodiles lounging by the riverbed.

Then in the distance, on the opposite side of the crossing, he could make out the silhouette of three large shapes all at least four times his height judging by the distance and shapes. The shapes lumbered forward, and staying relatively out of sight Artur could make out three massive elephants with piles of cargo strapped to thier backs. On each elephant was seated a figure wrapped in tan cloth with what looked like javelins secured neatly by their sides. Then marching along the sides of the great beasts were five camel riders with spears, swords, and bows. Artur remained unspotted by all the riders. He could make contact, follow them, or simply let them pass.
In Mortal Empires → 4 yrs ago Forum: Casual Roleplay
Gonna write a post for Traveler tonight, post when you can Fetzen.
In Mortal Empires → 4 yrs ago Forum: Casual Roleplay

I'll have my post ready by tomorrow afternoon, sorry for the delay.

Magic: Darkness and Fire
Backstory: Born as an outcast in society, Eldred had to use his mind to overcome obstacles where his body couldn’t keep up. Where most children played, he would spend all his days, watching, reading, gleaning any knowledge that could benefit him.

Then came his teen years where he went off in search of a teacher to teach him magic. He found no such person and instead learned through books, scrolls, and experimentation.

As he became a man he sought work and tutelage from both ally and foe, learning hard and painful lessons along the way. Still, he yearned for even greater strength, so that he could live his life however he wished. No matter what any would say or do to try and deny him.

Denied. I'm sorry but a few things within this CS make it look as if it wasn't given much consideration.
© 2007-2017
BBCode Cheatsheet