STATUS: Huh. Almost like using cocaine as an ingredient for your incredibly addicting but delicious soft drink... (The toxic part of Nuca Cola totally slipped my mind tbh). 1 yr ago 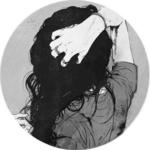 1 yr ago
Current Huh. Almost like using cocaine as an ingredient for your incredibly addicting but delicious soft drink... (The toxic part of Nuca Cola totally slipped my mind tbh).
3 likes
1 yr ago
Fair. Still an odd name for a drink. And I can definitely see Coke doing it as a last ditch effort to ensure the "legacy" would live on.
1 yr ago
I don't know a lot about the lore of Fallout, but I imagine Nuka Cola is Coca Cola. So, does that mean, when shit was hitting the fan, Coke did the most insensitive rebrand they could think of? "YOLO"
1 like
5 yrs ago
Get kid
5 likes
5 yrs ago
Yaasss OG!

Greed is a bottomless pit which exhausts the person in an endless effort to satisfy the need without ever reaching satisfaction.

Anomie’s gaze danced around the other members present, it seemed she recognised every person in one way or another - save for one. It was kind of impossible to to forget the web-slinger, considering his story was one of the bigger disasters of S.H.I.E.L.D history. Agents giggle between themselves when colossal fucks of his kind happen - she wasn't too sure who made the mistake of labelling a weapon of that caliber, but whoever it was, she did question their loyalty. S.H.I.E.L.D agents weren't that dumb... and if they were - they had no business being in S.H.I.E.L.D. Aside from his creation, Anomie didn't know too much about the man himself - she wondered about his ability to work with the team, considering his alter-ego, but then again, she wondered about her own abilities too.

The Wakandan Prince sparked her interest slightly more than the Spider. His presence confused her a little, one didn’t have to be an agent to know the state his country was in at the moment - the news channels had been happy to report on it. She had to wonder if it was a great idea, him up and leaving his country to come and join a band of supers who called themselves “heros”. His age had been a debate across the world, whether or not he was ready to take his Father’s place. Anomie couldn’t have cared either way, there were many monarchs in history who had taken over their kingdoms at even younger ages; and he had left a well experienced Regent in his Fathers stead before heading to America: The Land of Opportunity... the line was laughable now that she thought about it.

Her eyes connected with those of the blonde to receive a wink, which caused a coy smirk to play on her lips. At least someone in this group had a visible sense of humor... but how could she not, Anomie wondered simply looking at the girl - she looked the kind to enjoy getting into shenanigans. She found herself drawing blanks to the girls name or anything about her, which caused her brow to furrow slightly. She prided herself on knowing a lot about a lot of things and to not quite know who this girl was threw her off slightly - causing her to take a far deeper interest in the girl.

Her attention was drawn to Seraphina as Logan spoke to her. She noticed the gentler tone he took with the girl and wondered just how deep this girl had burrowed into his heart... how far he'd be willing to go for her. She tilted her head to the side slightly, her amber eyes blank with an unreadable expression - perhaps she was looking too far into it. Perhaps he was just kinder and gentler with those he knew well and trusted - but he still didn't seem the type.

She was pulled out of her analysation by Blackbird as she spoke directly to Anomie, to which she responded with a small nod before stepping onto the sphere. Out of all the well known agents, she liked Blackbird the most. Perhaps it was due to their similar training - perhaps it was because the Blackbird could understand the kind of person Anomie was and how she operated better than most - she wasn unsure... but she felt the oddest sense of comfort with the woman.