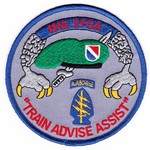 "Yeah, sure thing Detective Garther, since you asked nicely. I'll make sure he comes along, peacefully." Richard told Dirk as the small group of the cop, fake cop and the Italian fella walk off to their set of wheels further down the street. He himself was put on baby-sitting duty for their good doctor, though Richard's harsh comment earlier was more his to-the-face attitude than annoyance.

Turning over to Alonzo, Richard touched the tip of his fedora and nodded to him with his scarred nose. "Being the true gentleman a New Yorker I am, wouldn't dream of anything else. Dr. Scott was it? Barker, Richard Barker. Before you ask, yeah I'm a shamus. Private detective, finding what's bothering people just like you do Doc." Richard introduced himself to the doctor, flicking the dead ash off his cigarette and turning back towards Jeremy's pile of planks and bricks. So the two last fellas were still inside? That didn't make any sense.

" The pleasure is all mine Mr. Barker " Doctor Scott comments back to him with a short smile

Richard was about to ask Alonzo about that Chinese angle when he had the good doctor shouted in his ear like an incompetent nurse had just stabbed him in the private parts. "What are you flim-flamming about, old man?" Richard asked the doctor, giving him a long face at first as if he was talking to someone else. When he was told someone was trapped inside the house and to get Dirk back, Richard looked back and forth the old house and Alonzo. "I've got a feeling I'm stuck behind the 8-ball here. What the Hell are you on about, doc?"

"You can't hear that?" Doctor Scott looks at him like he is the one that is acting crazy here.

It was not until he heard a noise from the house - a loud and brief one, something breaking through wood. Was that the sound Alonzo had heard, assuming someone was stuck inside? Richard sighed heavily, instinctively drawing his Colt Police Revolver as he began jogging towards the house, wondering if their promised bad guys had just gotten the jump on Ambroise and James. If that were the case, Alonzo's need for Dirk to return would be too late. "No time if someone's sent Ambroise and James on a permanent New Jersey vacation. James, Ambroise! You hear me in there? What's the trouble?"

Why he couldn't hear or see neither James nor Ambroise could only be answered by the powers that may be, something only a King or follower would know.

"Are you feeling alright? You look like you need a break."

"when do we get out of here?. This is stupid.... stupid shirt, you weird ass people, Man I'm tired to this. I'll just eat whatever fish they want and then let me go, Man." The large black guy looks around for a T.V. but speaks a little nicer to the woman " What they got you in for
fraud, written bad checks are something?"

Walks in a circle before saying " I'm bored.... I wanna play b-ball of something Man" He kinda jumps up like he was playing with some imaginary ball and shooting a hoop.
In Neptune Experiment → 25 days ago Forum: Casual Roleplay

Mellisa playfully groaned and fell face first against one of the couches.

Maaaaan! They injected you guys with the cool stuff, I got whale shark and it made me go blind. I got these dork glasses now!" She joked. "It gave me these weird reverse freckles too, and now I can't eat regular food!"

Her words were slightly muffled from the cushions, but the childish whining could still be made out. She observed the people around her, trying to take in information about them. She smirked and poked Sarah on the shoulder.

"Sick teeth by the way, they might actually be useful!'

" YO, I need a mirror, where is the fricking mirror around --" It was clear that the darker-skinned man wearing the number 5 sweat gear was getting a bit excited but still playing it down as he spots a mirror and makes his way to it"

** Creepy ass people, crazy talk, injections, don't let them get into your head ** Number 5 kept telling himself ** you'll wake up so and this will be a dream **

Number 5 finally sees himself in the mirror and grins so that he can see that his teeth look normal to him. Then he looks around at those that are looking at him. He then moves to a seat to brood till things become clearer.
In Neptune Experiment → 25 days ago Forum: Casual Roleplay

"Is this one of those Star trek wars convention or something because you guys are like weird and nerdy" Number 5 chuckled aloud.

Number 5's thoughts drifted to other comments that were now in his head
" No, this isn't a prison, it is a medical facility.."
In Neptune Experiment → 25 days ago Forum: Casual Roleplay

Tristesse smiles, shifting her gaze towards the two new voices. "My name is Tristesse, and they injected me with mantis shrimp DNA. What about you two?" She closes her eyes for a bit, and leans back to take in the bulk of a dark man as she slowly opens her eyes to let them adjust. A sort of film had started to cover them, accounting for the blurriness of her vision.

" What are you'll talking about?" The dark man proclaims " Are you guys high are something?" The darkman murrurs for a bit before walking forward and looking around for something.
In Neptune Experiment → 28 days ago Forum: Casual Roleplay
"Okay... who are you guys?" patient 5 asked the group as he walks around, getting a feel for this group.
In The Rain In The Cycolpean City. (H.P. Lovecraft/Cthulhu Mythos Roleplay) → 1 mo ago Forum: Casual Roleplay
how far is the group form the cars?
In Neptune Experiment → 1 mo ago Forum: Casual Roleplay
with a "whooshing sound" form a star trek door, in comes an African American, a heavyset young man that is wearing his clothing with a sag. He takes a few steps inside and scans the room. His eye falls on the women for a second before going back to the males in the room. He is silent and holds a scowl on his face. Walking to a seat and paying attention to anything that might try to get behind him and will start to listen. His eyes finally notice the numbers on the bodies of the others.
© 2007-2017
BBCode Cheatsheet