Definitely made in IKEA 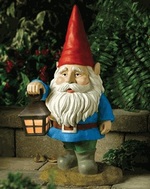 6 yrs ago
Taking a long hiatus from RPing, what with RL and all. Not sure when I'll be back. So long all.
1 like
6 yrs ago
I think I may have been on the guild easy too much at work. It's now banned on the servers and I can no longer access it at work. My posts frequency will drastically lessen.
6 yrs ago
My colleague is on medical leave so I have to cover her shift as well. Well, shit. Screw me.
6 yrs ago
All my RPs are really slow lately. Feeling terribly bored.
3 likes

Alright, there's been some silence from several writers for a while and I'm about to really propel the RP forward.

Please let me know if you guys are still interested in the RP. If not, that's fine. But please let me know asap as I am working on a new post and going forward, I need to know how many people I still have in the main cast.

I'm so sorry for the silence. I've been really busy with work lately. I think I'm going to have to drop due to work stress. I apologise for any inconvenience. It is truly regretted.
In Everbrook: A Teenage Mystery RP → 2 yrs ago Forum: Casual Roleplay
Location: Court Street, Everbrook Public Library
Ruby was parking her bike at the remaining unoccupied bike stands when she heard her name being mentioned. You would think that being so early in the vacation, the town's only library would be relatively empty, but no, there seemed to be sizeable crowd already gathering at the library, and perhaps, just perhaps, it being the town's only library had something to do with it. That was most probably the reason unless everyone here today had the same thoughts of her. Since when did people come so early in the vacation to the library anyway?

She turned around to find out who the owner of the voice was, and found it to be none other than Astrid Evans. At least that would who she would be, if she managed to get her name right. She didn't exactly know the girl well, but Ruby was at least 85% sure that the dark-haired girl is indeed Astrid Evans. The one with the Funeral home. Yep, the more she thought about it, the more sure she was that she had gotten the other girl's identity right. "Yup. I'm Ruby. You're Astrid right?" Finishing up with parking her bike, she spoke up once more. "Here to return some books? I am." She gestured towards her deformed backpack. "More than some actually."

Not delaying any longer, Ruby entered the library and ended towards the bookdrop area and emptied the contents of her backpack, temporarily freeing herself of the burden she had been carrying. She was just about to head towards the Mystery section of the library when she saw William heading towards the front of the library with what looked like an apprehensive and slightly worried expression on his face.

At least that was what she thought it looked like. He mentioned something about it getting really cold all of a sudden, and then realization dawned onto her. It was definitely a whole lot colder than it usually was. "It most certainly is. Now that you mention it, I don't remember it ever being this cold before." Will wasn't the only one that jumped when the loud slams came from the back of the library. Loud sounds tend to frightened her, and she too jumped, giving her a good fright.
© 2007-2017
BBCode Cheatsheet