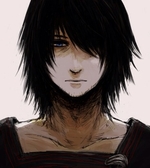 In Rome Inspired Plot → 4 yrs ago Forum: 1x1 Interest Checks
Hey all! I'm presenting here a semi-historical Roman-themed plot, no knowledge of Roman history is required although I believe it could enhance the experience, that being said I'll get on with things.

In the year 298, the junior emperor Galerius, serving under his senior Augustus Diocletian, set about on a campaign of vengeance against Sassanids, the inheritors of Persia's eastern legacy. During the opening conflict Rome was devastated by a major defeat at the hands of their eastern rivals and, although humiliated and berated by his senior colleague, Galerius once again marshaled his forces for a second assault which became known as the battle of Satala. Critical to the Roman victory was the capture of the Sassanid king's wives, harem, and treasury which forced him to the table. This is where our roleplay would pick up.

I'd like to play a Roman, specifically, a praetorian guard (emperor's bodyguard) within Galerius' inner circle who, after the emperor's victory, begins plotting with members of the captured Sassanid party to assassinate the emperor and engineer their escape. Requirements for the roleplay are the ability to post at least once a day and a willingness to play multiple characters. A desire for intrigue and political shenanigans would also be appreciated. Romance is a possibility but not really a necessity and character options range from fellow praetorians to Roman court officials to members of the Sassanid party, really I'm open for most things.

If this plot intrigues you please send me a PM and we'll discuss things further. As of right now I'm looking for maybe 1-2 stable partners.
In Naruto: King of the Dusk → 5 yrs ago Forum: Casual Roleplay
Deep golden eyes flashed with alarm at the ever increasing number of genin which seemed to all but flood the establishment. Sure, Mao had received his orders earlier as to the assignment of extra personel to his squad, but he hadn't been expecting nearly the entirety of the academy's graduating class to show up on his doorstep. For the Jonin the task represented a rather daunting challenge: how was he going to give each of these prospective ninja the personal time and training required when they outnumbered him so greatly?

The Jonin kept his tone neutral, though the surprise showed clearly on his face. "I must say this is a bit troublesome, but I suppose Lady Tsunade knows what she's doing." The hapless instructor allowed himself a small, somewhat embarrassed smile, the sort that betrayed resignation rather than confidence. "I'm not sure if everyone's arrived yet but I suppose I'll go ahead with introductions. I'm sure most of you must know each other from the academy, but from this day forth I'll be your instructor. My name is Mao-Sensei and I was formerly part of the interrogation unit." As the Jonin was speaking the waitress approached from the distance carrying a tray of dango for the group. As the woman set about placing the tray, which fortuitously was quite close to Asuka, Mao reached out, grabbing the tray's contents of three sticks, claiming the three sweets with an obliviousness that seemed to overshadow the hunger that lay in his subordinate's eyes.

Taking a bite from the end of each dango stick Mao continued as if nothing out of the ordinary had happened. "Since you've all been assigned to squad thirteen I'll go ahead and lay out my expectations: Everyone is to train there hardest, cover their partners, and most of all try to have fun." Had the last topic been uttered by anyone other than the infamously lazy ninja it would have seemed out of place, but for Mao it was just part of his character. "Oh, by the way, I seem to have forgotten my wallet. . . I hope my squad doesn't mind paying?" The Jonin's eyes seemed to glisten with genuine humor.
In Naruto: King of the Dusk → 5 yrs ago Forum: Casual Roleplay
Gonna' get a post up sometime tonight. As a general notice I have a military field exercise this weekend so I'll be unavaliable starting tomorrow morning until Sunday night. I don't expect this to progress exceedingly quickly but in case it does I'll leave some general instructions with Jay so we don't get roadblocked.
In Naruto: King of the Dusk → 5 yrs ago Forum: Casual Roleplay
@Vongola_Hasayo

Preferably post an entrance into the restaurant so I can introduce you to the squad. Your character should be looking for us.
In Naruto: King of the Dusk → 5 yrs ago Forum: Casual Roleplay
The post is up. It's pretty short but the skinny of it is that the genin of squads 13 and 14 are going to meet up with squad 15 and co at the Mikaboshi restaurant so we can do some good 'ol meet-and-greeting. After everyone's settled I'll introduce our first real mission: a recon action of a possible enemy hideout. It's going to be some exciting stuff!

I also apologize for the pretty blatant railroading but once we get everyone together it shouldn't be an issue anymore.
In Naruto: King of the Dusk → 5 yrs ago Forum: Casual Roleplay
For those still involved in the bell test.

Due to the evolving politics of the village the Bell Tests of squads thirteen and fourteen were about to come to an abrupt end. A sudden halt in the hostilities of both squads was effected almost immediately by the presence of two messenger-nin who approached both Kyoko and Nagisa simultaneously. "A message from Godaime Hokage. Effective immediately all village Jonin are to be put on alert. Your being transferred to an A-rank squad, Mao will take over your instructor duties." The message was quick, simple, and practical, alerting the two female Jonin as to their new duties. For squads thirteen and fourteen the day ended on something of a low-note with the no doubt disappointing news of their so recently met former sensei's departure. As to their standing orders, the genin of those squads were also approached and given their instructions independently of their instructors. "As of now you'll be under the instruction of Mao-sensei, leader of squad fifteen. He and his squad are currently gathering at the Mikaboshi restaurant in Konoha. Your orders are to meet with them and receive further instructions then."
In Naruto: King of the Dusk → 5 yrs ago Forum: Casual Roleplay
Writing the IC post now.
In Naruto: King of the Dusk → 5 yrs ago Forum: Casual Roleplay
@Dawkins

Glad to see you made it!
In Naruto: King of the Dusk → 5 yrs ago Forum: Casual Roleplay
@SayZun

Looks good, though with the power level of some of the other genins he might could use a healthy boost. (Thats a hint to buff yourself a little). He's approved once those changes are made.

Your character is also accepted

As things are right now I'm on schedule with my post, which should be up in about an hour or so.
© 2007-2017
BBCode Cheatsheet