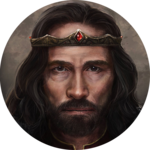 In Dark Ocean Piracy → 2 yrs ago Forum: Nation Roleplay
This is an apology, I will be getting to posts soon, helping my mother in her last couple or so months.

Also, just to make sure, everyone knows there is no posting order, right? You can post whenever you want. I'm deliberately taking time on my character so I don't seem cheaty as I'd be able to GM everything for myself. Hope everyone is having a good Christmas
In Dark Ocean Piracy → 2 yrs ago Forum: Nation Roleplay
@bloonewb

I am still accepting applications, yes.

There's no need, but thanks
In Dark Ocean Piracy → 2 yrs ago Forum: Nation Roleplay
@LordZell

I am still accepting applications

The Officer had little time to extrapolate information from the rumors of sailors and makeshift charts made by them to accurately answer of the captains questions, butt they did their best. "We certainly have the manpower, Captain! It's not right known exactly where natives settle or hide out, not much surveyin' of the land was done, everythin' was done out at sea, safe from the ambushes on the coast! But we both know natives aren't be well organized as we are! But what it will be like depends on where you want us to start scouting, unless you want us to hit a spot hard and clear it fast. Most of the coast has dense forest behind it, butt some areas might just have vegetation. But as always, we are at risk of being attacked or ambushed by Natives. The closer we are to one of their homes, the more likely and how often they'll hit."
In Dark Ocean Piracy → 2 yrs ago Forum: Nation Roleplay
@Heyitsjiwon

I approve of your Application, please make sure the entire application is up-to-date (The Group Name is left N/A yet the Organization does, indeed, have a name). Post it in the Characters tab and you're ready to make a post in the roleplay!
In Dark Ocean Piracy → 2 yrs ago Forum: Nation Roleplay
@OppositionJ

Some hours have passed, yet the Jellyfish returns early. A report was given that the crew immediately found hostile natives and had ambushed them the instant they landed on the shore. The Jellyfish could not offer fire support without any cannons, but the officer leading the ship reports they would not have fired due to the natives and the crew being so close. Many of the landing crew were injured, and some lost their lives. One member of the landing party claims the natives wore green and gold jewelry, but they were absolutely hostile savages and sought to kill them on sight. The Jellyfish returned to see what the Siren wanted to do next.

The Herald did not spot any colonial settlements, as it is possible either they were early to the New World, the area was decided to be unsuitable, or any number of other reasons. However, a large ship was seen, obviously military, escorted by two Galleons. It held the English flag, and due to the groups initial contact behavior, they did not persue the ship. They did not interact, as the officer of the ship felt it was a patrol, and was prepared to fight. They were heading south; the Officer may have more intel. Since they did not find the Jellyfish at the aforementioned location, they choose to head back to the location of the Flagship.

The crew of the Serpentine that went ashore claim there is a location with little more than thin trees and vegetation, the other areas they were told to search is all dense tree line, marshes, and full of predators. The thin tree area could easily be cut down. While it would take time, a makeshift town with a location to shelter supplies and establish a base of operations would take a few days. A large camp can be completed within the current day, in addition to the full settlement later down the line, so they have a place to stay, but it would be all tents and no wooden roofing just yet. Other than some firewood, there isn't much in the way of resources. No threats approached. 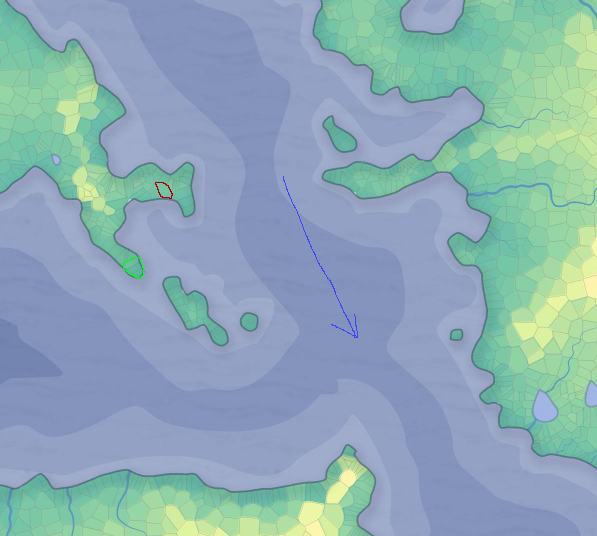 Green - Extremely hostile Natives with green and gold jewelry, armed with spears and bows. Some claim to have seen red and white war paint on the natives.

Blue - Path of the 'large ship,' Officer called it a 'Dreadnought.' Sailors say the ship has three rows of cannons, others say it has more.

I'm currently at the fire station, I'll review your application in a few hours. This is mostly the only time I am busy. Seeya then! Just make sure you have a fully filled out Character and Organization sheet. Images aren't required, but of course up to you. When I approve your character sheet, you can add an image to it in the Character thread.

To everyone, if you find a cool picture for a ship, you can add it to your post in the character tab or Organization sheet as well, in a spoiler.
In Dark Ocean Piracy → 2 yrs ago Forum: Nation Roleplay
@OppositionJ

Hey there, good post. I have your Officers response of information ready mostly, I just need a little screen cap of where you are going. Just snip a part of the map and circle it so I know where you are. If you're afraid of others knowing where you are, metagaming is illegal and comes with an immediate kick. You're safe

Depends on how you treat your crew. It won't be like a game, heh. Roleplay treating your crew well and they'll stay in line... for a lot longer than if you didn't.

The new world could possibly have berry bushes, you could send people out to hunt, raid native villages you find, steal from natives, take *their* wealth, take other peoples wealth, look for trade/supply ships in the area. Just pick a destination and decide how you want to start.

My post said "1/3" and "2/3" but that's just for roleplay. You have No Manpower, Minimum, Average, and Maximum. Doesn't matter if you put 2 people or 20, if you have Minimum, you have minimum.

From the googling I have done, English Galleons have ~900-1500, Race-Built versions (smaller, probably faster) had less than ~300.
French Galleons Have about ~1200.
Spanish Galleons Feel good around ~1000.

These are Combat Complement Predictions, and if you have this many people, you should make sure you can feed them.

Minimum crews for Galleons seems to be sustainable at 100 men and a little less.

You should see similar numbers for Carracks, if not less, due to them being classed as civilian ships more than combat vessels at this time in history, meaning the space for crew and bunks is now used for supplies and cargo more. However, because of their size, a similar complement is necessary for Minimum.

But I will not crunch these numbers. You need far less men to defend, than to assault. If you want to crunch numbers, go ahead, but I am only following roleplay predictions and the Manpower Levels I have stated
In Dark Ocean Piracy → 2 yrs ago Forum: Nation Roleplay
@rush99999

Ask in whatever manner you want, put it all in the Mission portion and say you had a discussion with your Officer IC. I am putting everything IC so that the roleplay shows life, progress, and so OOC or PMs don't get bogged up.
© 2007-2017
BBCode Cheatsheet