Been dealing with a lot of stuff, so I've been away. I'm still going to be away, but I thought I should update anyone who was RPing with me and I just suddenly disappeared. Sorry. In Orean Cause (A magical school?) [Reboot] → 6 yrs ago Forum: Casual Roleplay

You were all sent out to foster homes. But now you are home. And we are.... In Orean Cause (A magical school?) [Reboot] → 6 yrs ago Forum: Casual Roleplay

@kittenlover
Noooo....more like overcoming the after effects of Tylenol PM sweetheart. Other than that, perfectly sober. ^.^ *kisses and nuzzles you*

..... o-o I feel like some child watching there parent acting all sweet with each other XD 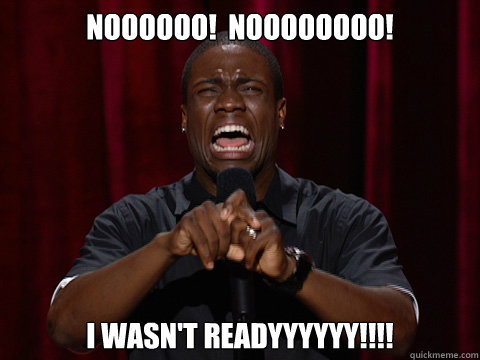 In Orean Cause (A magical school?) [Reboot] → 6 yrs ago Forum: Casual Roleplay
*snuggles back but whispers in your ear*

Its alright.... But on this fast track, I think I'll just stick to my Co-GMing job instead of posting.... I'm a busy woman, lord knows I don't have the time to read all these posts nor the energy at the end of the day. For now, I'm packing up Crystal and putting her in storage.

This was what I was afraid to wake up to.... But morning everyone.
In Orean Cause (A magical school?) [Reboot] → 6 yrs ago Forum: Casual Roleplay

GOD DAM IT that not fair you where not meant to use a glass. *comes back as a pile of snow which reforms into a snowman* Hug me again and I'll have to break out the handcuffs. HEHEHE *holds a pair of handcuffs*

@kittenlover
You know you didn't have to assist her in melting me. Still you welcome *grumbles*

Nuuuuu! Nuuuuuu hand cuffs! Dx
*takes handcuffs and puts them in the drawer of confiscated treasures*

But Love will thaw a frozen heart! :D

Sorry, I missed having a neko in the rp ^^

@LowKey123@Destinyfailhorror17
Thanks comrades, I'll be fine destinty just seeing suck a dismal sky frist thing always put me in slightly sour mood. Please don't hug me so much I'll melt then you'll be out a co-GM

Its gonna be okay! *huggles you along with Desy*

And thanks! :D
In Orean Cause (A magical school?) [Reboot] → 6 yrs ago Forum: Casual Roleplay Nickname
~Miss. USA~
~Glamour girl~
~Miss. Flawless~
~Miss. Covergirl~
~America's next top model~
Crystal has been called these names by most of the female students due to being popular among the male students ((Even though she doesn't want to be!)) and has been chased after by many students ((though she has given them the talk of a life time and has politely told them to "fuck off".... And yet they keep chasing after her)) both girls and boys. So, altogether, she is popular among many students and one teacher ((you know who he is.))

Powers
Crystal has the ability of all magical neko; She has catlike agility and finesse, so she can easily dodge any attacks that come her way and even leap to heights that are beyond a human's ability. She can also land on her feet every time as well. Crystal can also retract her nails into her hands and stretch them to considerable lengths and sharpness as a means of defending herself. And true to fact, Crystal does indeed have nine lives, making her nearly immortal, or at least live for nine-hundred years.

Weaknesses
Due to her sharing the same genes as a cat, Crystal also shares some feline traits. For starters, she has an obsession with shiny objects and will immediately become affixed to them upon sight. Crystal also has a tendency to chase after anything fleeting, such as a butterfly or a red dot, considerably one from a laser pointer. She can even be hypnotized with a ball of yarn. Crystal has a deep affinity for fish as well, as it is the only food she prefers to eat. She will either compulsively buy a fish at the market when she sees it or even steal one from an aquarium. Crystal does not swim either, as she has a natural fear of water. This also includes either having water splashed on her or dumped on her from above, and she absolutely detests the ocean, lakes, or anything close, but she can still take a bath every now and again. Despite having not much hostility towards any canine related individuals, Crystal still feels a slight uneasiness around them.

Personality
She is very dignified, proud, graceful and acrobatic. Crystal prides herself on being one of the fastest and most agile people she knows. She is also quite sarcastic, witty, and charming in both appearance and demeanor.

Background
Born to an unknown woman in a secret laboratory, Crystal was the subject of a controversial and shady experiment undergone by a mysterious group of scientists operating in Area 51. The intentions of the experiment were to inject human fetuses with animal DNA while they were still contained in the wombs of randomly selected pregnant women, whereupon later the strands of DNA would coincide with those of their human genome, thus creating a hybrid species. Later, these hybrid children as they were called, were subjected to even more bizarre and horrible experimentation. Of the original thirty-eight that were born, only ten survived, the rest succumbing to the horrific tests and the inhumane conditions of their holding cells. It was during these tests Crystal showed amazing prowess in hand to hand combat, able to nimbly dodge the attacks of the hybrid creatures and military robots pitted against her and dispatch them with lightning ferocity.

However, as time wore on in the labs and she watched her fellow hybrids die at the hands of the cruel scientists, she became angry towards them and lashed out, first by scratching a few scientists when they fed her, then ultimately gouging out the eye of one, the lead scientist, an former Nazi by the name of Heinrich Schtauffen. Schtauffen soon had Crystal placed with five other unruly hybrids. They were fitted with explosive collars and forced into a cage outside in the desert heat, told they had till sundown to kill their fellow prisoners. The survivor would be granted freedom. If none fought, their collars would be detonated, killing them instantly. Chaos soon erupted as the hybrids pounced on one another, tearing each other to pieces with their bare hands. Only two were left after the bloody massacre, Crystal and a dog hybrid named Firas. The scientists watched with anticipation as Firas had his hands wrapped around Crystal's neck, seeming to choke the life out of her, but then to their dismay, the muscular beast ripped away her collar and helped her escape over the tall outer fence before charging off to face the guards, ultimately dying at the hands of Schtauffen.

Crystal escaped and made her way across the desert, easily avoiding the soldiers and guard dogs sent after her. Weary from her travels, she finally made it to the small town of Primm, Nevada, where despite her oddities, she was taken in by a couple who had a young daughter. The girl was a bit unaccepting of Crystal at first, but soon the two were like sisters. Crystal later began attending singing classes with her sister as a way to distract herself from the painful, traumatic memories of her time in Area 51, discovering she was a natural at it as she had a beautiful singing voice. Soon, singing became a passion for Crystal, and she later made a career out of it when she began working for a famous club in Las Vegas. However, the past soon caught up to her when she discovered Schtauffen was still alive and had sent government agents in search of her. She knew she couldn't stay in Nevada long and decided it was best to find home elsewhere. With tearful goodbyes, she fled the state and made her way to the north, where she happened upon Orean Cause.

The original Music teacher had quit on account of having to put up with a particular art teacher always frisking her thighs and slapping her bottom, and a job offer was opened up for Crystal, who jumped on it immediately. Since, she has been the prime music instructor at the prestigious academy, but also the new object of the notorious art teacher's advances.

Optionals
Crystal has a barcode on the nape of her neck.

Likes
Shopping, Singing, Dancing, Anything sparkly, balls of yarn, chasing after things, lounging in the sun (like most cats do), kneading soft things with her hands, having her hair petted.

Dislikes
Being wet, water in general, being around canines (they make her skittish, and...they sort of remind her of her past), loud noises, a certain libidinous art teacher.

Clubs
Crystal is the head of the drama/theatrical/music/dance club. She has asking Frankie to be able to put on a musical, but to no avail. She is still in the process of sneakily bribing her.