Edgier than a Sphere 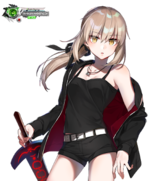 4 yrs ago
I have come up with the ultimate pansexual name! Drum roll please! Roryana. You can thank me later.
1 like
4 yrs ago
TFW you realize your SW character somehow turned into an anime character. I didn't even use an anime avatar. Damn you Japan! Freaking brainwashed me.
2 likes
4 yrs ago
Look away, look away. My profile will ruin your evening, your whole life, and your day. Every single pixel is nothing but dismay, so look away, look away, Look Away!
3 likes
4 yrs ago
Ghost mode disabled.
4 likes
4 yrs ago
As of the end of March, I'll be a fully trained 5e dungeonmaster. Gird your loins, termagants and knaves!
5 likes

Optimism was not the first word that came to Tia's mind either as Boqorro undid the IV, rather roughly. There was nothing optimistic about her future. A thin dot of green sap, richer in color than before but still on the pale side, oozed out and T'a folded her arms quickly to hide it from view. Bandages are for the weak, she told herself. She could not afford to look any weaker or pathetic to these people. What sort of person put a bandage over a hole that tiny? Uneducated or not, she was still a person, and the look that Boqorro was giving her right now - was that disdain or outright disgust? - set her teeth on edge. She realized that Boqorro also asked about her homeworld, but figured he probably had better things to be doing right now, and a history of her homeworld could come at a later date. She may already have bored him with the short lecture on her species's diet.

"E eat like anybody else eef eet suits me. E am not picky," she replied after a short, quasi-awkward pause. "Eet can be sun or food or both." Studying her feet, she shuffled the digits, not willing to let slip that prolonged conversation and caring about the feelings of other people irked her increasingly much the longer they went. "E'll accompany you for a job or two if you truly have me, but only to repay me debt. Eef E do something you don't like, feel free to kick me out on whatever habeetable world that suits you. E may not look it, but E will survive and be euseful." Her tone, firm and unyielding, brooked no doubt, at least in her own mind, whatsoever of her resolve.

Looking around the available space, she inquired, "Wait, where deed the captain go? E thought he said we were leaving here soon? Or is he steel aboard the sheep?"

T'a shook her head slowly, not quite believing the seeming genuineness of the man's words. She thought she sensed sarcasm mere moments before, but now that was gone. Replaced by what though? Acceptance? Surely not so soon. That was impossible. Part of T'a really didn't want to feel indebted to these people. That same part of her wanted her to go back to the authorities on Ord Mantell, turn her in, and face the consequences. She had disrupted the natural balance of these peoples' lives with her very presence and choices. Her grandmother would indubitably be rolling over in her grave if she could.

As Boqorro removed the last of her belongings, namely the leather toolbelt she had scavenged from her grandmother's basement over the years, she looked down at him and asked the question. "E...what about the port authorities here on Nar Shaddaa? Who ees in charge? E deed come all the way across the galaxy to discover me potential. Maybe eet ees really justice to see if E can survive on harsh planet weethout help? What you are doing does not seem fair for you. I do not deserve eet."

Something about the way the grinning dark security chief said "Welcome to the Raven Trespass" made T'a shiver both visibly and internally. Her auburn hair flitted away from him, the source of the psychological stimulus of the "I'm saying hello to you, but I really don't want you here" vibe she was perceiving. She supposed this was a better response than she could have expected. The already raised eyebrow slid higher as she asked carefully, "Wait just like that? You're not going to deport me?" Immediately suspicious of something that seemed to come far too easily, she continued, "What ees the catch? E don't have to entertain you or something? Like E said, E'm not very good with people. What do you eexpect een reeturn?"

At the moment, her hair made T'a look like she was facing a wind tunnel with Boqorro holding the place of a turbine. She tried to will it to stop, but sadly she was having a bad hair day. No surprise given how many days she had mistreated it, having never particularly cared for her hair all that well in the past beyond a daily luke warm sanisteam.

Thus, she had to sit there, enduring what she thought might be a glare, but couldn't really get an accurate read on the big fellow. If he were a machine, she could just look at his wiring. She pushed that image out of her mind as quickly as it appeared, blinking and again trying to shove down her wild flyaway hair into submission. The green spots on her otherwise pale cheeks deepened as her fists clenched.

T'a gave the captain a droll stare, or at least it might've looked droll had the sugar water not been making her look like a queasy human. Perhaps she was simply queasy from the options presented to her, neither of them particularly appealing. Whatever her gastrointestinal condition, the stare she gave at the captain was one of curious study; the neutrality of it tinged with fear.

Changing the subject slightly, she intoned, "Weel, E am very good at fitting eento tight spaces. E am also handy with a heedrospanner. E assure you E deserve what E get, since E had no particular destination or grand mission een mind. E hope to conveence you otherweese." She reached into the brown leather fanny pack at the front of her waist, pulling out one such device. "E suppose you wonder how E was able to access your landing gear from the outside weethout treegering the emergency weight deestribution alarm?" She twirled the hydrospanner for effect, then set it down next to her, raising an eyebrow all the while.

This was partly bullshit, considering all she had to do was cut three wires, then manually trigger the lift-up gear sequence when liftoff was achieved. A public terminal on Ord Mantell had shown her a holographic diagram of the basics. She did have a knack with machines, but T'a had not the frankest idea what her limits were. If the captain ordered some sort of test of her abilities, with another mechanic on-board to check her work...

T'a didn't even want to ponder the consequences of raising the wrath of this man. Suddenly her chances of survival seemed pretty slim at best.

T'a stared back at the man, immediately replying, "E had flown in from Zelos II. E ran out of credits. There was no time or courage to ask you if I could pay my voyage. Eet was eether your sheep or an Imperial sheep, and as I have seen what people who love the Empire have done to my village, I rather stowaway on your sheep. If you think E am a spy, by all means, leave me behind on this planet. Ee'm sure E can get work here somehow. That said, what ees the name of here actually if you don't mind me asking? How far did we travel? E had no way of telling time down there."

Well, she thought, wishing she could melt into the floor and out the engines from embarrassment. I can't tell what's going to come of this, but I have the feeling whichever way it turns out, I'm not going to like it. Her pale cheeks burned with two vivid green spots in a spot on Zelosian blush and she lowered her head shamefully.

@Jackdaw
In a supernatural battlefield: a war to win between the two darkest factions → 4 yrs ago Forum: Free Roleplay
Brennan

This mission is really gonna suck. That was the recurring thought that pinged off the insides of his skull as he plodded along, by himself, up the dried riverbank towards the rendezvous point for the Moon staging area. The Luna Venatores faction had chosen this gods forsaken rainy night to assault the sun clan's forward base (not the actual base; Brennan would be far more jazzed if it was their grand aboveground castle, Sunrise Keep). To make matters worse for them - or better depending on how you looked at it - was that tonight was the eve of a new moon, meaning soon it would be pitch black, so utterly devoid of light that even vampires might have trouble seeing; which was exactly the moon faction's plan.

No, instead, Brennan chose to slog through a muddy, backwoods game trail, climbing over rocks where possible to make any footsteps harder to trace by any passing vampires - friendly, enemy, or unaffiliated. The one good thing about his situation was that he had come up with the idea to stagger arrival times at the rendezvous point, so they all didn't show up at once. Vampires moving about as a group tended to arouse suspicion at a frightening rate. Squish! His boot sank an inch deep and slid in something that wasn't quite mud. "Shit!" he swore, rather accurately it would seem given that flies now buzzed curiously around the sole of the boot that had disturbed their pu pu platter.

As Brennan crested the rise and the camp came into view under sunset's watchful gaze, he swore under his breath. "Sunspawn," one of the moon faction's favorite curse words rolled off his tongue only to be lost amid the popped collar of his black stomach length coat. He thought he would be the first one here since he took the fastest, most direct route. He approached the camp, clucking his tongue audibly three times to signify his membership within Luna Venatores. He could see at least one person had gotten there before him. If there were any others, he knew not as of yet.
Look away.
<div style="white-space:pre-wrap;">Look away.</div>
© 2007-2017
BBCode Cheatsheet