With great annoyance, sigh echoes within Julius's bedroom following the abrupt ring of the alarm clock. As the new security agent swung his feet out of bed he took a moment to wake himself and muster up strength to get up and start his day. Vigorously, he rubbed his eyes until he was nearly blind before stretching and standing up on his own two feet. Upon his toes making contact with the hardwood floor of his bedroom the boy gathered his bearings a bit before making his way out the room.

That's going to take some time getting used to

For a native of the second pillar it wasn't much of a big deal but for Julius's case it was something he hadn't adjusted to. A nice hardwood floor that you did not have to gamble on winning splinters from was something entirely different from the ex-6th pillar resident. Nonetheless the boy was slowly warming up to the coziness of his new home provided by the security unit. His home was a standard 1 bed 1 bath and good enmities, his favorite one being the in-home laundry system.

As he slugged his way over to the bathroom he took notice of the mop of hair atop his head in which he instantly took a comb to and brushed out his hair until he didn't look stupid before tying hair that traveled down his neck into a small ponytail. While Julius brushed his teeth he read up on the news displayed upon the mirror in his bathroom. Aside from the 'situation' that happened recently, not much was being displayed. It was clear enough someone must have had bad blood with late council member, and most likely he'd have to look into it. Julius was already aware of how much of a pain this would be but nonetheless his new job was protecting the privilege of the 2nd pillars residents first and foremost.

Julius slipped into some decently breathable attire. A large black tactical combat shirt along with some grey cargo pants. Over it he wore a large yellow and white parka adorned with black and sand colored accents. Before leaving his house he grabbed his wallet, goggles, and most importantly his Anima. As he wielded the staff he gave the weapon a few spins before shrinking it down to the size of a pen and stuffed into his coat pocket.

Before long he was on the streets of the 2nd pillar and grabbing a bite to eat at a local breakfast vendor. Usually his go to being a bacon egg and cheese breakfast sandwich, From there he was on his way to the tower. While taking his walk Julius sunk his teeth into the sandwich while taking in the scenery. The 2nd pillar truly was a much different place, not nearly as rugged and dirty as the 6th nor as openly corrupted as the 4th was. Even the people were seemingly pretty friendly, it was almost something like a foreign land. On the streets pretty much everyone was talking about the assassination which was not much of a surprise. The public is in fear, not only did whomever manage to kill a newly appointed council member but there was plenty of other causalities. Not the mention that the culprits are still at large, at least in the publics eyes.

Not before long, The sandwhich was finished and Julius was in the front yard of the tower. He had never really came close to one of these and it was surely a sight to see. It truly was an icon almost reminiscent to that of a symbol, for civilians to take purchase in and criminals to fear. Even the people who came inside and out the building, most of them being dressed in business attire with a few exceptions.

Passing through security was easy enough, pretty much just taking all the stuff out of his pockets and placing them through the checkpoint. Now he simply had to ask for instructions at reception

The lady directed the new recruit towards the elevators, before leaving off he gave his thanks and hopped into the elevator. Before long he had reached the meeting place, he had deducted that he was probably one of the last one to arrive considering that there was already a decent amount of people already there. Couple that with the time and you have your verdict. Julius decided to hang out in the back of the group, not wanting to attract anymore attention then he already has being one of the stragglers. Nonetheless he didn't mind considering that the scenic route was definitely more enjoyable
In Delta End → 11 days ago Forum: Casual Roleplay 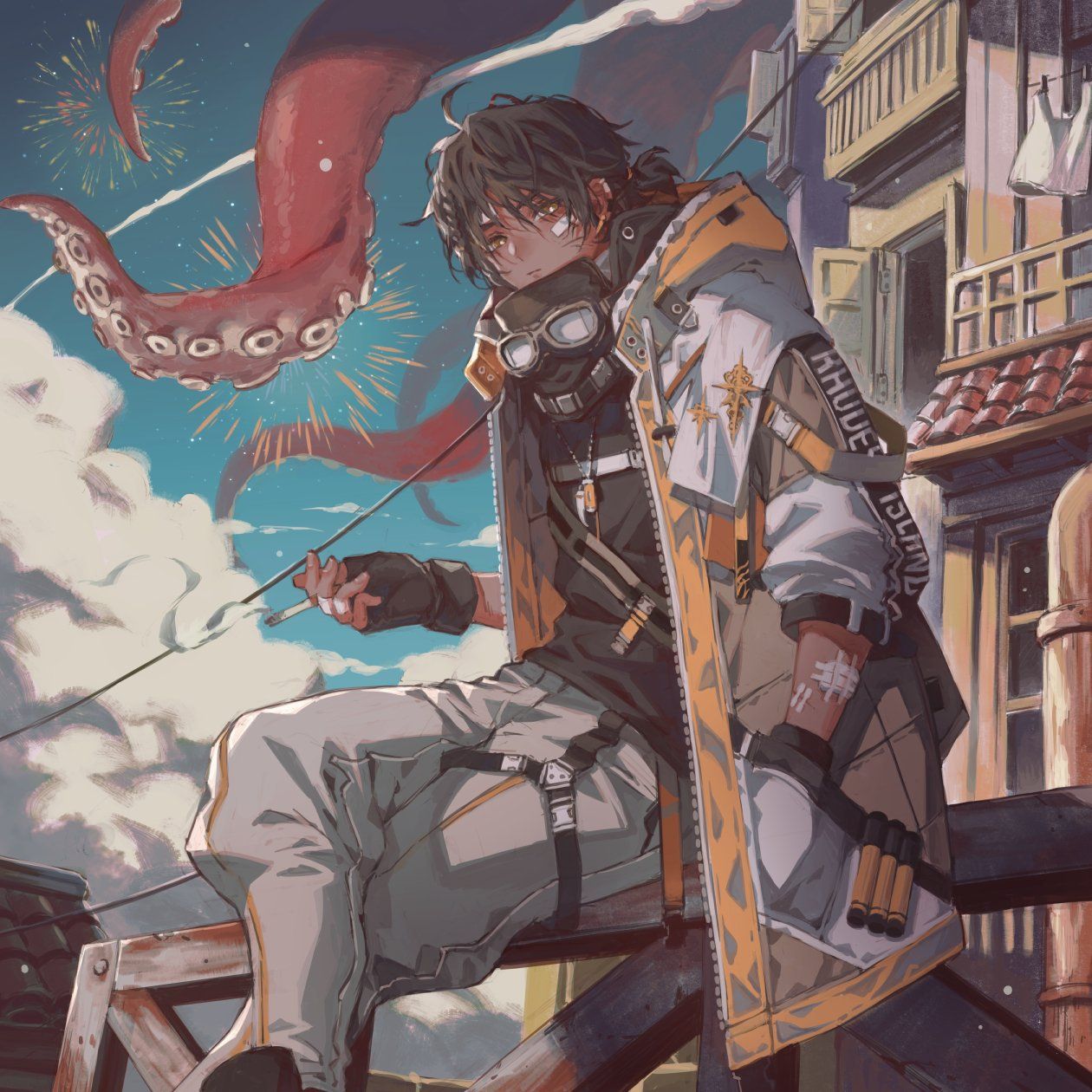 The lotus staff is an anima capable of changing size on command to fit a multitude of uses. The Lotus staff also grants the user the ability to create a doppelgänger controlled by the user. Along with this comes proficiency in combat with the anima as well as benefits such as an overall physical boost in Strength, speed, and agility.

Julius is a crafty individual, often times always plotting schemes and mapping out scenarios within his head for as many given situations as possible. He always has his head on a swivel and is very wary of people. Some might call him paranoid at times but anyone who grew up in the slums knew that you have to look over your shoulder at all times. Upon first meeting him he can come off as rough, callous, unfriendly, and even rude depending on the person.

Backstory
Julius is the eldest of three, born to a rather large family within the Slums with little to nothing. From a young age, the boy had experienced plenty of situations that a minor shouldn't have been exposed to. Death, substance abuse, family in an out of jail, you name it.

Growing up in the 6th pillar was by no means a easy task. The harsh conditions and constant criminal activity made Julius who he is today. Early on in his life, his father equipped him with the skills in order to survive the 6th pillar, let alone in Soma as a whole. Not only the importance of book smart but street smarts and self defense as well, most importantly he taught him the value of family which is probably the only thing to be happy about within the 6th pillar.

Despite his parents working an inhumane amount of hours during the week, they were still short when it came to providing for Julius in his siblings. Often time unable to fix things that broke, keep the power on in the winter, and even provide new clothes for their kids. Even so they always managed to put food on the table with Julius was always grateful for. Even so, it was hard to watch his parents push themselves so much just to provide for Julius and his siblings, the boy decided to take matters into his own hands.

Another prominent person within the boys life was Julius's uncle whom gave the boy a chance to put some extra money in his pockets. In the early mornings of the day, the young boy worked as a transporter for the Seekers, selling product for his uncle as an outside affiliate and being given a cut for his troubles.

Most of his transporter jobs were a gamble, some going smooth and other ones breaking out into a altercation of sorts. The boys parents even grew suspicious of their son and his new found money as they knew just how difficult it was to make a living within Soma. Julius managed to keep this secret from his immediate family for a decent amount of time but he could do such activities for so long before his parents caught on. Ultimately it ended with a big argument which was a given since Julius was still in his teens at the time. Even still he is feeling residual energy from what happened because of the danger if things went awry.

From then on he lived a relatively clean life, managing to land a job within the 4th pillar working security for a high end casino for quite some time before being selected to join the IXth SU's δ division. Enticed by the benefits and pay that was offered to him. 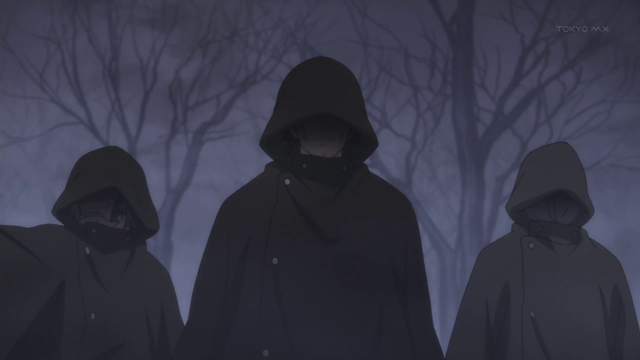 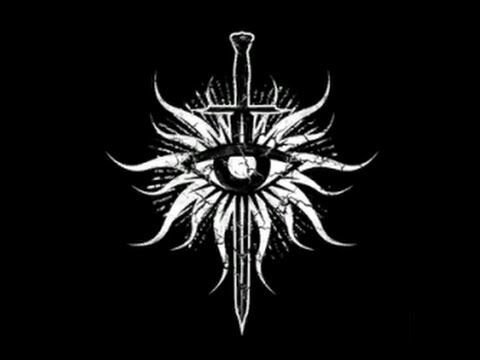 The seekers is a criminal organization slowly gaining momentum within the 6th pillar with a main focus on drug and anima distribution. They also have their feet within robbery and underground fighting rings.
In One Piece Ebb and Flow of Tides Unknown → 1 mo ago Forum: Casual Roleplay
@G3njii

From what it seems we have totally different styles so you’re good.
In One Piece Ebb and Flow of Tides Unknown → 2 mos ago Forum: Casual Roleplay
@LostDestiny@G3njii

Don’t get me wrong I do like it xD, the more I say it the more it grows on me actually
In One Piece Ebb and Flow of Tides Unknown → 2 mos ago Forum: Casual Roleplay
@G3njii

I know the name of the crew is susceptible to being changed but why the blockhead pirates? xD
In One Piece Ebb and Flow of Tides Unknown → 2 mos ago Forum: Casual Roleplay
Haven’t been this excited in a while! Working on something rn
In Potential One Piece RP → 2 mos ago Forum: Casual Interest Checks
@G3njii I also wanted to know if we are allowed to make new races?
© 2007-2017
BBCode Cheatsheet