STATUS: Fucked my arms up on some barbed wire 11 mos ago 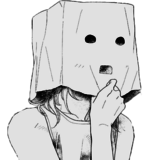 11 mos ago
Current Fucked my arms up on some barbed wire
2 likes
1 yr ago
Nothing is essential//
2 yrs ago
Reaching out broke my heart. The following silence reminded me of my desires. The shards discarded, I quickly departed.
2 likes
3 yrs ago
That's grim.
3 yrs ago
I don't feel like me when I take my medicine.
1 like

Race/Species: Altered Human (Prime Entity) : Her continued exposure to 'Resonance', toying with biodata, and subtle metaphysical modification has left Etreyja as an 'Altered Human'. A 'Prime Entity' is any entity bound to the confines of Corporeal Reality by the nature of their existence. Etreyja is originally human and still bears a great resemblance to them on a biological level, save for the complete cessation of her aging process and modifications to her 'Resonance Pathways' making her something of a prototype to her research's original goal.

Tier/Influence: 4 -- Etreyja is a low-level 'reality' manipulator, utilizing a blend of magic and technology.

Appearance: Of slight, narrow build and a remarkably pale complexion there is little luxurious to Etreyja's visage. She bears not the curvaceous nature of her feminine birth, and scant shows stretches of skin beyond her hands, neck and head. Almond-shaped eyes, feverish in their viridescence and ringed with the darkness brought on from insomniac episodes, sit situated behind a pair of extremely thin lenses. A long nose, oft imperiously stared down, serves as a notably poignant angle on her face; a contrast to the asymmetrical fullness of her lips, but complimentary to her somewhat similarly distinct chin.

Her hair is black and perpetually in disarray, cascading down to her lower back, sometimes obscuring her face. It is not unusual to see Etreyja wearing a long white coat, black undershirt, blue jeans and a pair of unremarkable boat shoes. She does not adorn herself with jewelry, lavish clothing, or hassle with makeup; making her rather plain in the eyes of most.

Personality: Often sardonic and lackadaisical when her attitude is taken at surface-level, Etreyja prefers to keep her emotions in a gray spectrum; a mask of monochrome designed to obfuscate true thoughts and alleviate the pressure of interpersonal interaction. Anti-social by nature, her long lifespan has left Etreyja both loathing and longing when it comes to building and maintaining relationships. She is not 'above' expressing herself directly, but finds it to be an exhausting exercise; usually requiring extreme stress or appropriately favorable stimuli to strip her stony exterior.

Inquisitive by nature, but impatient and quietly demanding; she often grates on her own nerves. Success and failure are two words with great meaning to the Esoteric Scientist, words that she will often pontificate about at length. A philosopher by experience and occultist by profession, Etreyja focuses her research on exploring and understanding the confines of her world and what lies beyond.

Despite her veiled attitude, Etreyja is something of a 'softie' when it comes to human beings and their plights. While her heart is not the most accessible, it certainly contains the full gauntlet of human emotions; a subject that she still has trouble fully understanding and coping with. She is prone to biting her nails when irritated, and seems to adjust her glasses constantly.


History: Head Magitechnician during the reign of King Aquinas, Etreyja made certain that her past was wiped clean from the records of her world. Much of what is known of her is more current information, spanning from 75 (After Catastrophe) to ~91 AC.

Etreyja Atarah Eskridge served her King from the time she was nearly sixteen, until her disappearance from her native reality after the Nine Heroes began their siege of the City of Light. A majority of her actions are technically classified, but were later discovered. It has become known that she was the progenitor of the Weaponized Unit Program and its secondary benefactor within the kingdom of Nalu. Having the King's ear at her disposal, and a near limitless amount of resources, she spent most of her time in the depths of 'Site Four' performing tasks assigned to her; and pursuing her own goals.

Once the location of 'Site Four' had been found, so, too were a majority of Etreyja's notes; though few would know this, given their vague nature and the pseudonym (0RACLE) she had chosen. Gleaned from these records were Etreyja's involvement in several projects of a dire and unethical nature; with the creation of the Weaponized Units (Units 000-051, labeled the 'First Series') serving as the most damning. Had she been present, the Nine Heroes and their new regime had intended to track down the mysterious '0RACLE' and force their penance.

Utilizing a gift from the deceased King, albeit one that had utilized an altered clone of herself as its core (the Lucid Sequence Drive), she had fled her home and set about the troublesome task of navigating between planes; using her own altered current body to slip through streams of Resonance that touched on other dimensions and parallel worlds.

There exists no record of this time, but Etreyja will from time to time hint at her experiences. She has kept little in the way of friends, save for the 'anchors' she has reached out to; a prerequisite for maintaining her existence in a particular reality. Etreyja's primary concern, over the last 278 years, has been understanding the nature of existence its self...and atoning for the countless lives she irrevocably damaged during her time as Head Magitechnician of Nalu.
In What Are You Listening To? → 3 yrs ago Forum: Off-Topic Discussion
In Cracks in The Sky//Core Catastrophe → 3 yrs ago Forum: Advanced Roleplay
@Kessir Tarkin, @OppositionJ, @Vashonn.

You guys are up next for collabs. Once @Empress and I have finished ours, you guys can decide among yourselves who goes next. Following the order of your @'s is what I had in mind, but that doesn't mean it totally has to go that way.

If any of you aren't planning on posting, or continuing your involvement in CiTS; now is the time to let me know. Before we get out of the collab-stage, I would like to make sure everyone is still interested.

I know there have been hang-ups and delays, but I wholeheartedly hope that you are all still down for the ride. If you choose to back out, please shoot me a PM or post here. I sincerely hope that it doesn't come to that, and that we all have the patience to continue on.

I promise things will be a bit speedier once the collab section is dealt with and the Pariah Dreams finally get to meet up.

I decided to put it back up. I dunno, I was being self conscious. My pic is back.