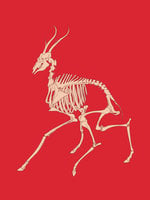 In Make a wish, corrupt a wish. → 1 yr ago Forum: Spam Forum
You are now a sugar cube. I recommend avoiding any liquids.

I wish for more free-time.
In | 𝔊𝔩𝔦𝔪𝔥𝔬𝔩𝔩𝔬𝔴 | 𝔞 𝔗𝔞𝔩𝔢 𝔬𝔣 𝔇𝔲𝔰𝔱 𝔞𝔫𝔡 𝔇𝔦𝔰𝔰𝔢𝔫𝔱 → 2 yrs ago Forum: Advanced Roleplay
The Dusthawk hadn’t figured there would be any shortage of brawlers ready for a fight, though seeing as this foreign noble was all-too-eager to meet the Blood Thorns with the end of his rapier, Valrel couldn’t help but feel the enthusiasm emanating from Valeriano. He regarded the sellsword with a smirk of satisfaction, though his words were deliberate and severe.

“It’s no secret to most of the District that we Dusthawks are plannin’ somethin’, so I’d be disappointed if our adversaries weren’t on high alert… I’d reckon we’d have quite the conflict set out for us, with at least six or seven men on either side makin’ the trade. However, I wouldn’t undermine the wits of the Thorns as much as I’d like to, and I’m sure that they’d have a fair number hidden in the shadows for their whole walk home – exactly how many, I can’t say, but we’ve got precautions in place for that sort of thing,” Valrel glanced in the direction of Riker for a moment, careful not to meet the peering gaze of the half-breed.

“With operatives such as our Two Cloak, we should be able to make short work of any shadows that we don’t want tailin’ us. ‘Course, I hope you wouldn’t mind, Valeriano, if I won’t be sendin’ you out there by your lonesome? Not that I doubt your ability, but there ain’t nothin’ wrong with a bit of prudence.” Valrel swept his eyes around the room at the gathered members, sighting out any characters that looked eager to join the fight. After a slight turn of silence, the Dusthawk stood from his chair, fumbling with the parchment on the counter as he set it aside, finally regarding the whole audience with a subdued expression.

“The trade-off is set to occur in two days’ time, late in the evenin’ by Sidhole Cross. All you lot that’d think to lend your sword-arm or are bored enough to take apart a few Tarn-worth of spark rifles, feel free to stay late and I’ll assign you a role. For those of you needin’ a mark but ain’t interested in this little affair, let me know and I’ll be sure to give you somethin’ befittin’ your qualifications… This meetin’ is now adjourned.” With that, Valrel lifted his satchel from the ground and began stuffing the loose parchment inside, remembering the missive he had grabbed from Galinai when the runner first arrived. Placing the note on top of everything else in his bag, Valrel wrapped the cover of his satchel over the opening and walked over toward Tolthe, looking to get the affairs of the meeting properly documented.

A fair number of Dusthawks began to walk their way out the front door, careful to pause their exiting intermittently so as not to draw too much suspicion to the hideout. Some characters set beside the fire traded stories back and forth of recent marks, while others stood along the walls, looking on toward the shrinking crowd with distant expressions. The noise of the small hut gradually died down as a number of members spoke to the leader about new marks before shuffling themselves out the door, leaving only the small group of figures interested in the heist strewn about the musty abode to prepare for the task ahead.
@Big Dread@Heap241@Romero@kalanggam@Blueskin@Zverda@The Wyrm@Lucky Knight
In | 𝔊𝔩𝔦𝔪𝔥𝔬𝔩𝔩𝔬𝔴 | 𝔞 𝔗𝔞𝔩𝔢 𝔬𝔣 𝔇𝔲𝔰𝔱 𝔞𝔫𝔡 𝔇𝔦𝔰𝔰𝔢𝔫𝔱 → 2 yrs ago Forum: Advanced Roleplay
Hoekstra’s words were exacting of a fence of his status, illustriously structured for the sole purpose of profit. Valrel knew better than to begrudge the dwarf of his most accomplished quality – it was that very apt way of haggling which kept the Dusthawk’s returns in excess with every shady dealing. However, this was much more a political matter than Valrel would have preferred, and in spite of the fence’s point, he knew that there was only so much criminality that would win the Resistance’s favor.

“While I would normally agree with your notion, Hoekstra, I’m gonna have to refuse this once. Remember, they’re practically givin’ these guns away already, so us showin’ them an inklin’ of forgiveness may very well put a wrap around the wound we’re about to be cuttin’,” The Dusthawk tried his best to sound affable to mimic the dwarf’s tone, though he knew there was a deeper frustration floating in the air between them. “Though, if you think we’re lettin’ Lex off that easy, you’d be mistaken. I never did say we’d be givin’ the rifles back in one piece – beautiful thing ‘bout spark wheels, my friend, is that you can take them apart.”

Valrel reached inside of his jacket, pulling out the spark pistol that he kept hidden there. Holding it lopsided in one hand, he diligently pried the clips from the plate which covered the glowing green disk, turning the gun over to shake it loose from its resting place. He held the coin-shaped spark crystal up between his thumb and forefinger, keeping his eyes fixed on the dwarf.

“As I’m sure you know, these little devils will fetch quite the profit in and of themselves. And with the sheer number of rifles I’m expectin’ in this transaction, this lift should more than pay for itself,” Valrel set the disk down on the counter, its verdant gleam bouncing off the dark surface with an eerie sheen. “It’ll be a nice surprise for Lex to see we gave him back his toys, only to find out we nabbed the most important piece. That should be enough warnin’ to be sure he doesn’t pull anythin’ like this again.”

The leader of the Dusthawks gave Hoekstra a smile, deviously set in a grin that betrayed his typical distant demeanor. “Oh! And since I’m glad you brought the point up, I see it only fair to give my dearest fence the prodigious role of managing the return of these rifles, as well as handling the disks we’ll be filching from the affair.” Valrel’s grin cracked into a beam, and he resumed his lounging as he scanned the room once again, eager for more discussion from the remainder of his crew.
@Blueskin
In Make a wish, corrupt a wish. → 2 yrs ago Forum: Spam Forum
Granted. You are now SCP-999. Have fun tickling everyone.