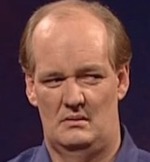 Also, I know we didn't discuss triggers or anything before we really starter, but I just wanted to warn you guys there's some minor homophobia in this first post, including a notable derogatory term. If any of that makes you uncomfortable, let me know and I'll avoid mentioning it in my future posts.
In Long Beach, A City In Need → 1 mo ago Forum: Casual Roleplay
Derek always preferred listening over speaking. When it came to conversations, he only spoke the minimum amount of words to keep the interaction going. Through his years of heavy listening, he’d learned a lot about the people he had come to call friends. He didn’t ever use these tidbits of information in any real way, but he did find them interesting. Particularly, he found himself intrigued by Helena’s story of a robbery nearly gone wrong, as well Casper’s tale of his stolen bike. It made him think back, weeks ago, to an incident that refused to leave his memory.

He took a long, loud sip from the half-finished frozen drink he had gotten from the Auntie Anne’s not too far from where he worked. Throat clear, he spoke, just loud enough for the others to hear.

“I’ve had something happen, too.”

Those were the last words Derek said to his manager that night. Keith, of course, offered a simple “good night, Derek,” but Derek just replied with a small wave as he clocked out. Outside, the outlet was nearly dark, aside from the occasional late-night store with its lights still on for any night-owls. Derek started down the Eastern block, in the direction of the parking lot where his motorcycle awaited him. As he walked, he pondered on what to do when he got home. He had a few chapters left in the book he was currently reading; if he speed-read, he’d get it done by half-past midnight. Alternatively, he was at a rather interesting part of the video game he’d bought about a month ago. He’d give it some more thought.

His thinking, however, prevented him from seeing the danger that was quickly approaching.

Passing the closed Victoria’s Secret store, he noticed a pair of men, not much older than him, smoking just outside the storefront. The moment he glanced at them, they glanced right back. Derek immediately turned away; he didn’t like the look in their eyes. He hurried along, eager to get to his bike so he could get home, where he’d be safe. But, there was no reason he wouldn’t be safe at the Pike, right?

Finally reaching the parking lot, Derek made his way to his usual spot a little ways from the entrance. A wave of relief washed over him as he got closer to his escape. However, just as he was about to straddle the motorcycle, a figure emerged from the shadows. Squinting in the dim light from the half-burned out light post, Derek could make out details. Like the two he saw earlier, it was a man not much older than him. He had slick blond hair and was dressed similar to the other two guys. A deep, horrible feeling in Derek’s stomach told him that that was no coincidence.

“I’ve seen it a couple times around here,” the stranger continued, “but I didn’t think it was yours. I figured you’d put some pretty pink tassels on the handlebars, maybe have a nice little bell.”

‘Oh, God,’ Derek thought, ‘it’s one of these assholes.’ As accepting as Long Beach was of most lifestyles, there were still a few outliers in the area who didn’t take kindly to such people. The funny part was that Derek wasn’t even gay. At least, he didn’t think so.

“I gotta go,” he said simply, preparing to straddle his bike.

“Hey, hey, hey, what’s the rush? Me and my friends just wanna talk.”

Derek turned to see that the other two guys were approaching them. The situation was quickly becoming more and more dangerous, and Derek just wanted to get the hell out of there. Out of fear, however, he couldn’t move. All he could do was stand and watch as the three closed in. He swallowed hard.

“Who did your ear, princess?” the ringleader asked, hand reaching out to likely grab Derek’s earlobe, and not gently, either.

All at once, Derek’s instincts took over. With his left arm, he knocked the guy’s hand away, and used the other arm to throw a decent hook right at his nose; the only thing he remembered from his boxing classes at this point. The blow connected, and sent the guy stumbling backward. Derek didn’t look behind him, but he could feel the other two backing away, not expecting him to fight back. Their leader regained his footing, and Derek could see he managed to draw some blood. Unfortunately, the leader also noticed this, and shot Derek a glare that could’ve easily killed.

“Don’t just stand there,” he ordered, “hold this faggot!”

Before Derek could react, both of his arms were being held tight. As much as he wriggled and kicked and fought, their teamwork proved to be too much for him. Once he was restrained, the blows came. One after the other, Derek’s torso was assaulted by the pissed-off bully’s punches. He started coughing due to his breath being knocked out of him every second. This continued for a good 2 minutes before the guy’s cronies finally let him go.

Derek fell to his hands and knees, struggling to get his breath back. He weakly looked up at his main attacker, who was more than happy to reply with a hard kick to his face. Derek fell again and rolled onto his back, groaning in pain. He laid on the pavement, watching the three run off, laughing merrily as they went. It was another 3 minutes or so before he finally got to his knees, brushed himself off, got on his motorcycle, and rode home.

“I never told anyone,” Derek finished, “not even my cousin.” Why? Derek himself wasn’t sure. The more he thought about it, though, the more he was sure there was some rich parents out there who saw his attackers as nothing more than ‘upstanding young men with promising futures.’ It would be a losing battle.

Looks: Derek stands at an average 5 foot 10, and while appearing to be rather skinny, he has the smallest hint of muscle definition thanks to semi-regular workouts. His hair falls to just below his earlobes, is often unkempt, and is dyed black due to his dislike of its original color. His complexion is pale, as he wears foundation to hide the many freckles that dot across his nose and cheeks, giving him a sort of “goth” look. His eyes are a dull blue, and his right ear is pierced with a single black stud. He prefers to wear baggy hoodies over a t-shirt (usually band/video game-related) and faded jeans with a black leather belt. He swaps between old sneakers and a pair of heavy boots mostly reserved for motorcycle riding.

Occupation: Derek works as the lead cashier at the American Eagle Outfitters store in the Pike.

Personality: Derek is very much the loner of the group. The only times he really sees the others is during his work hours, on the off chance one or more of them stop by to shop. He prefers not to initiate conversation if he can help it, but if engaged in one, he’ll do his best to keep up. Outside of that, though, he’s pretty quiet, usually on his phone or off in his own little world. Despite his “lone wolf” attitude, Derek has a big heart and tries to help his friends out when he can, though he’d much rather do so through more indirect means. In his off time, he’s either reading, playing games, listening to music, or sleeping.

Backstory: Derek lived in Long Beach with his parents up until he was six years old, when a tragic plane crash took his mother and father’s lives. He went on to live with his aunt and cousin throughout the rest of his childhood years. This was around the time Derek would start closing himself off from interacting with other people, aside from his family. In his middle school years, he was subject to plenty of bullying due to his quiet nature. This would range from verbal harassment during class to physical altercations outside of class. In an attempt to help him, Derek’s aunt signed him up for various self-defense classes. Derek attended boxing classes for about 3 years, choosing to quit when he entered high school, believing the bullying wouldn’t be as bad. When he discovered such was not the case, he himself signed up for Tae Kwon Do, which he only attended for another year or so. After graduation, he moved into a shared apartment with his cousin, where he currently resides. About 2 weeks after moving in, he secured a job at an American Eagle store in the Pike, where he’d worked for the past 2 or 3 years.

Skills/Weapons: Since he hasn’t taken any boxing/TKD classes since high school, Derek’s a little rusty when it comes to combat. Still, he remembers the basics and is more than capable of taking down your typical thug. Of course, with a bit more training, he’d be able to hold his own against stronger opponents. Soon after the agreement to become vigilantes, Derek snagged an old wooden pole that used to be a clothing rack from the AE back room, hoping to integrate it into his fighting style.