Is it okay for me to move my character over to the Character's Tab now that it's been edited? 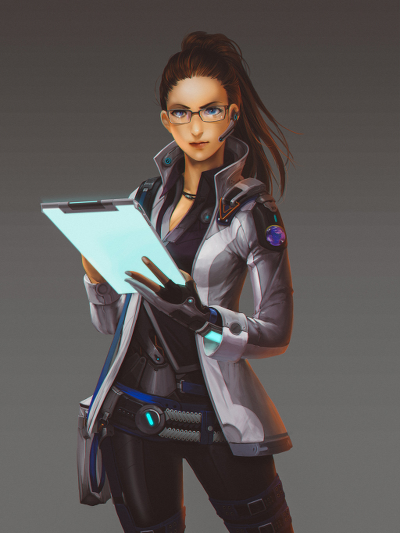 Giselle 'GG' Gibbons
"Don't say a word, I already know what you need."

LOOKS
GG's entire look is designed to give the false impression that she's far more successful and talented than she truly is, giving off the demeanour of a confident and well-connected executive. In truth she's far more grounded than most people who know her would believe, living on whatever income she can scrape together month by month. 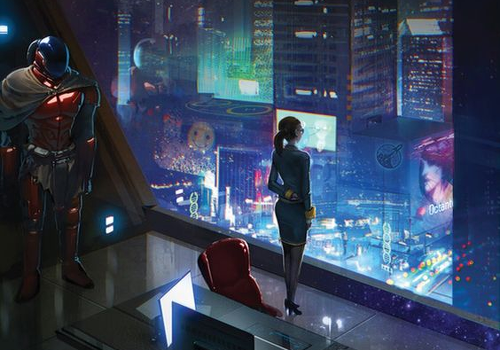 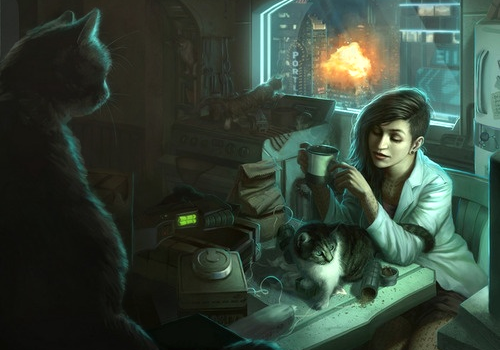 GG likes to think herself as smartly dressed and fashionable, but with her limited income she often ends up wearing the leftovers and scraps her more upmarket 'friends' pass along to her. Her slender 5'4" frame would have most people underestimating her abilities, but to be honest (which she rarely is) she lacks any real combat skill of her own relying instead on the skills of her associates, clients and contacts to keep her safe, along with their secrets. Her coffee skin and brown hair betrays her Latin heritage, unless she's had them both cosmetically adapted at some point to disguise her true origins that is.

PSYCHE
From a young age GG's family have had to claw and scrape to make their way in the world, starting out in the slums until finally her parents managed to find themselves in the dizzying height of lower Corp management. Some may laugh at this, but in truth such ascension would be beyond the wildest dreams of most slum dwellers. This experience is the cornerstone of GG's psyche, with image, power and connections all she ever thinks about. Every so0cial engagement is an opportunity to make new friends, forge alliances and increase her standing in the world. Life is a negotiation, and sometimes you need to play hardball with an empty hand.

HEAT
Although she doesn't always play nice, GG always seems to find a way to shift the blame for her mistakes onto others. While there may be a few petty rivals left in her wake, to the big boys she's nothing but a "Good Girl" even if she does like to play things close to the edge

STREET CRED
While she's a long way from being famous, GG has managed to catch a few eyes higher on the ladder. Her reputation is on the rise, and she's taking every opportunity she can get to make the most of that.

THE STORY
Almost everything GG tells people about her past is a fabrication, designed to help her build a better life for herself and, sometime in the far future, her children. In reality she's a step above a gutter rat, her parents having immigrated to Night City two decades ago and forged a new life for themselves through hard work and determination.

Through their struggles GG learnt that success comes not from being the person working longer hours and many more shifts than anyone else, but through knowing the right people and having contacts in the right places. Since that time she's dedicated herself to being the person to know, the one with the connections to get things done, and the one who can provide anything you could need on short notice, no questions asked.

While she'd never admit it, her list of clients is extensive and ranges from street gang thugs to low-level corporate executives to local celebrities. GG's always on the lookout for more friends however, especially those further up the food chain, and is willing to go to any lengths to help solidify her position as the number one fixer in town.

ARMED IN THE ONE AND TWENTY
...AND THE REST
GG's parents were killed several years ago and although she discovered who the culprits were chose to keep their identity secret in exchange for certain favours further down the line. This cold-hearted approach to her work has gained her a reputation and respect in certain quarters, even if some still consider her a callous bitch.
1x Like

Ok, only issue is the backstory. It's kinda - vague? Could you elaborate on it more, maybe about her family or their deaths?
I understand the idea of having a ghost like backstory but the standards need to be met.
Hidden 2 yrs ago → 2 yrs ago Post by Genni
Raw —

1814 posts
in 1837 days
Seen 2 mos ago
Bio
That was kinda the idea with GG. As an information broker any history she has would be under tight lock and key, and probably entirely fictitious. I wanted to keep the details here vague until I was able to fill in the blanks in character during play.

As an example, I don't want to come out and say exactly how her family died since it might play into the plot at some point, especially if she's holding the details as a marker against someone. I'd be more than happy to confer with you privately to make sure you know what's what, but letting everyone in on the story right from the start may force your hand on where to take the narrative later on.
Hidden 2 yrs ago Post by DeadDrop
Raw —
GM

Bio 1 day ago
Ok if you could please beef the backstory to meet the standards atleast.

I'm going to post and talk some ooc stuff later when the guild isnt broken.
Hidden 2 yrs ago Post by DeadDrop
Raw —
GM

Ok if you could please beef the backstory to meet the standards atleast.

I couldn't find anywhere where you've defined what standards I need to meet for the backstory, and since I'm a little late to the party and don't feel I have a firm enough grasp of the setting coming up with something which wouldn't give away information which would compromise what I had in mind for the character I think I'll bow out of the RP.

I have several others starting up soon, both here and on other sites, so I'll probably not be able to commit the amount of effort others seem to be putting into their stories, and I'd hate to drag the team down.

Plus you already have a fixer who can fill in for GG's absenmce so you shouldn't suffer too much if she decides to move to the Moon instead of remaining local. :)

Oh yea it said in the CS 3 paragraphs 5 lines each.

since I'm a little late to the party and don't feel I have a firm enough grasp of the setting coming up with something which wouldn't give away information which would compromise what I had in mind for the character I think I'll bow out of the RP.

No problem I respect your decision, we probably wouldn't of allowed such a shady character in because players turning the plot twists on us (while ironic) isn't what we're looking for. Besides, tables can be turned around fast especially in night city. We also still stand by the no player antagonist rule of thumb I explained to you twice, should GG have turned on the crew and what not it would have been dealt with immediately.

I have several others starting up soon, both here and on other sites, so I'll probably not be able to commit the amount of effort others seem to be putting into their stories, and I'd hate to drag the team down.

Plus you already have a fixer who can fill in for GG's absenmce so you shouldn't suffer too much if she decides to move to the Moon instead of remaining local. :)

Good to hear, I sure the other RPs will enjoy you. Good luck on your future endeavours :D
Hidden 2 yrs ago Post by DeadDrop
Raw —
GM

Bio 1 day ago
I'll post on the weekend I got some SHIFTS that will have me SWAMPED.
1x Like

Bio 1 day ago
1 week extension for you guys cus of guildfall.
1x Like

If you are still here let me know :>
Hidden 2 yrs ago Post by caliban22
Raw —

caliban22 King of the badgers

Member Seen 1 mo ago
caliban22
King of the badgers 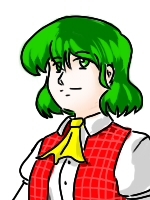