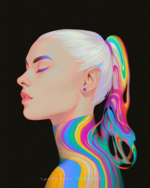 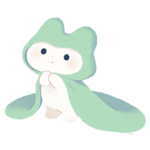 Bio
I hope I did this right. Here's Shura's character sheet.
Hidden 5 mos ago → 5 mos ago Post by Necroes
Raw —

432 posts
in 2213 days
Seen 3 days ago
I was kind of waiting for other people to post, but if no one else wants to, I'll go ahead and throw one up later tonight tomorrow after noon.
Hidden 5 mos ago Post by Necroes
Raw —

432 posts
in 2213 days
Seen 3 days ago
May have taken a little creative license with that last one. Let me know if I need to make adjustments, @Mae.
Hidden 5 mos ago Post by Lugia
Raw —

3167 posts
in 2131 days
Seen 5 mos ago
Bio
Sorry for the MIA guys, covered some extra shifts and it threw off my schedule more then expected so I've been playing catch up

Bio
@Mae I have my character sheet done here. Is there anything else I should add?
Hidden 5 mos ago Post by Mae
Raw —
GM

@Lucius Cypher She looks great, add her up to the CS tab. I couldn't find her Rustic Hospitality background feature anywhere so pop that on somewhere too.

Just so I'm clear on the details, Shura's family has owned a farm in Swampmuck going back a few generations, correct?

I imagine Shura would be no less then living a Modest lifestyle since she owns a farm with animals and can produce a variety of goods.


Haven't seen @Lusus Naturae around for a little while so moving them to NPC mode.
Hidden 5 mos ago Post by Lucius Cypher
Raw —

Shura brought a farm from a family, but no she is first generation cheese farmer. Her parents are typical adventurers. Most of her upbringing involving learning how to be a cheese farmer. And yeah, I think I forgot to add the rustic feature, I’ll add that in soonish. Gratzi!
Hidden 5 mos ago Post by rush99999
Raw —

Out of curiosity, what did Shura do to become a folk hero?
Hidden 5 mos ago Post by Lucius Cypher
Raw —

I imagine it involves cheese. Specifically, Shura has been living in Swampmuck for a while, but I would assume what make Shura a folk hero was one particularly bad harvest season and a brutal winter, limiting the food in the village. Shura, being the mad lass she is, went into overdrive and made a lot of cheese, even killing a few of her precious dairy cows in order to provide enough food for the village during the winter. It was also during this time that she invented (I.e. I am stealing) the cheese steak sandwich, a staple during these hard times.
1x Like

4287 posts
in 2175 days
Seen 7 hrs ago
Actually, before I continue on... @Mae , would you mind rolling Insight for my character? He'd like to figure out what the catch is, and feels that it might be from his motives...

also, I'm okay with you rolling for my character, just to make sure you know what rolls I got.
Hidden 5 mos ago Post by Mae
Raw —
GM

3167 posts
in 2131 days
Seen 5 mos ago
Bio
@Lucius Cypher oh! I'm with you now. Where did her grandfather practice cattle breeding/serve as a Chef? 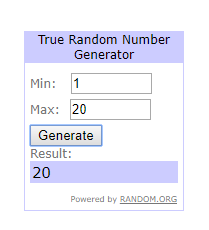 Heads up the best bet in future is to set up a Dice Campaign on the guild here, name them something logical, and then just link your rolls at the bottom of your post / OOC

In the meantime I'll drop you a PM with all of Theldrik's deepest secrets. What in particular are you rolling Insight to work out or detect?
Hidden 5 mos ago Post by Lugia
Raw —

4287 posts
in 2175 days
Seen 7 hrs ago
Well, I was rolling to figure out just how dangerous this might end up being, and to figure out WHY he's paying so much money for others to do this for him.
Hidden 5 mos ago Post by Lucius Cypher
Raw —

Well I’ll admit this one was more related to a grander legacy aka her grandfather is actually one of my older dnd characters in Faerun, though he can easily adapt to this verse as well. In any case her grandfather is also a half-orc who was born as a pirate, though most of his duties growing up involves cooking, at least until he was old enough to start fighting, and even then he still cooked when he wasn’t fighting. One thing led to another and eventually he became a full fled adventurer, exploring and going out in journeys with new people to grow stronger, but also pursue his dreams of settling down and getting a family. He ended up getting a formal education in cooking at a fictional chef’s guild called the College of Gluttony, a very prestigious but also harsh academy of the culinary arts. He survived the grueling process of gaining his masters as a chef via the college, and shortly after retired from adventuring to pursue his career as a chef, using his fortunes amassed as an adventurer to fund his restaurant and invest in businesses that would help him.

As for where he learned how to rear cattle, that’s thanks to his wife, a wood elf Druid. She helped him a lot about how to have a more personal connection to animals, as well as how to rear and take care of them in sickness and health. She eventually passed away however, killed due to reasons beyond the scope of Shura. But point is that’s where he learned about how to raise cattle, since he specializes in surf and turf foods.

In any case, his restaurant and farm are both likely at the Capital. He’s still a man of the sea at heart, so he prefers to live near the ocean so he can also get fresh fish and seafood. Being a half-orc he’s still fairly spry into his old age, though he’s starting to lose it in the head, so his business is mostly be ran by his employees, though he himself is still the head chef. He has a some and daughter, both half-elves, though only the son is his child by blood, and that son is Shura’s father, the elves scholar.
Hidden 5 mos ago Post by Lugia
Raw —

3167 posts
in 2131 days
Seen 5 mos ago
Bio
@Lugia I know, I'm sorry, I'm behind. I was hoping to catch up last weekend but we had guests around for several days longer then expected. Posts will be this weekend.
↑ Top