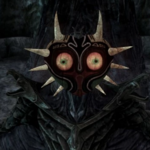 227 posts
in 1646 days
Seen 13 hrs ago
19 hrs ago
Looking for someone interested in roleplaying in or against one of the following settings.

I am capable of bouncing characters off of settings I know less about, but I am interested in setting if someone wants to do within the same setting.

Ideally this would be a small group (read: 7 others at most) so we could have more frequent posts.
There wouldn't be an exact posting turn system aside from no double-posting, just the expectation that you'd give the others a chance to respond. After a certain point (let's say a week) it'll be assumed that you've lost interest and the others will continue on after giving some impression of your character walking away.
This is because in some of the larger groups I've RPed in off the site, individuals have held up the plot only to suddenly dip for a different interaction. It isn't fair to the group as a whole to hold the roleplay hostage, and neither is it fair to keep chatting about amazing ideas in OOC only to toss them aside for something else because it is newer.

Super Mario
This is for Mario stuff in general, not a specific plot or setting. I tend to reference anything and everything in the franchise so it could be anything from a grudge match between Mario and Bowser to Mushroom Kingdom denizens chatting about the latest Kart Tournament's fundraising efforts to repair stuff ruined by the last Dark Land invasion. I have in the past taken part in a six year long daily 1x1 with this setting so I am fully capable of running things long term if it works out that way.
Pokemon
I have to specify that this would be Humans but in non-trainer professions. I'd love the chance to explore the setting outside of the focus of Gyms and battles. So for example Rangers or Archeologists. Predominantly Game-derived but there's bits and blobs floating in the back of my head from PokeSpecial and the Electric Pikachu Boogaloo manga, plus half-remembered stuff from the early seasons and some films.
Undertale
... yeah, I still have Undertale on the brain. I mostly RP as canonical characters (ex: Asgore, Sans, Papyrus, Flowey, Gerson) but some friends got me able to do Fell, Outer, Reaper, and Horror variations, as well as Undyne. I also have Deltarune's Spade King and Jevil, and an idea I had for what Deltarune Papyrus might be like based on how everything that shaped his bombastic personality in UT was different or gone. The RP idea for this setting would be predominantly slice-of-life with a comedic bent, whether before the events of Undertale or after.
Final Fantasy / Kingdom Hearts
As a warning I've yet to play KH3 because PS4 was stupidly overpriced for a while, so I'm still avoiding all spoilers on KH3 until I can get my hands on a system. I have however played almost every title in the series to completion and love it to bits (in spite of the constant headaches and sheer pulling-out-of-pants bull). That said I'd love to do something with Final Fantasy characters or have more of a focus on Squaresoft and Enix characters within the KH setting. Like for example facing Live A Live's Odio as a Heartless or Lifeform Hojo N as a Nobody.
Legend of Zelda
While my knowledge of the latest titles in the series is hazy, I have done very strong lore reference-heavy plots in the past with friends. A recent run was a Solarpunk Zelda set in the distant future with elements from Breath of the Wild and Skyward Sword, and before that was a plot where Ganondorf disguised himself as a priest to sow chaos and discord in Hyrule in a blended setting of Link to the Past and Twilight Princess. I have never done a specific canonical setting in the past but I have referenced them. I can do a specific title if desired but I would much rather explore a made-up one. Overarching details would be planned out but the exact journey would be left to the whims of IC.
Hidden 12 days ago Post by Vatonage
Raw — 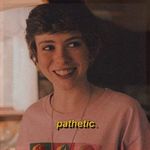 I have to specify that this would be Humans but in non-trainer professions. I'd love the chance to explore the setting outside of the focus of Gyms and battles. So for example Rangers or Archeologists. Predominantly Game-derived but there's bits and blobs floating in the back of my head from PokeSpecial and the Electric Pikachu Boogaloo manga, plus half-remembered stuff from the early seasons and some films. 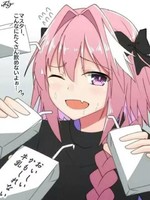