A fight for a kingdom-a fantasy royalty rp. Page 2 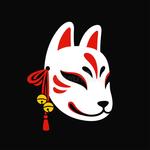 81 posts
in 86 days
Seen 5 days ago
I'm interested but have no preference to what character, they all look fun to play.
Perhaps I have been reading too many books you can find in Skyrim but hey courtly intrigues, assassins, love and romance what is there not to like.
Hidden 3 mos ago Post by Vampiretwilight
Raw —
OP

Hm sure I can play one of the assassins and one of the suitors.
The Kitsune perhaps, since my name already implies it lol
Hidden 3 mos ago Post by Vampiretwilight
Raw —
OP

You can have them. :)
Hidden 3 mos ago Post by Vampiretwilight
Raw —
OP

16387 posts
in 1011 days
Online
Bio
Update:
the queen slot has opened back up. There has been a drop out.
Hidden 3 mos ago Post by Vampiretwilight
Raw —
OP

Member Seen 1 day ago
Zora
A rogue of a mischievous adventurer. 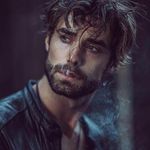 211 posts
in 1741 days
Seen 1 day ago
This seems like an interesting role-play, I will be following. For character/rank/part of the system decision; I am somewhat interested in the suitor with wings.
Hidden 2 mos ago Post by Vampiretwilight
Raw —
OP

83 posts
in 143 days
Seen 4 days ago
Bio
This concept is still a thing if anyone is interested. There are a few character ideas that are still open or possible to build, so look around and see what catches your attention. If you come up with a character idea that is different that the cast already planned, bring it to our GM = VampireTwilight.

King of the High Crown of Lacrymorr - OPEN

Royal Guard (Champion of the High Crown of Lacrymorr) - Allaster Gloomsinger - @Sanity43217
The Royal Ghost Jester - Yorick - @Solarpunk ((Move your CS to the CS Thread, if you didn't mind! Thankie!))

[There's definitely room for employees at the Crystal Castle - personal royal assistants, council members, General of the Royal Army, and the Royal Warmagi... Just ideas for anyone interested in joining. If none are taken, they'll become NPCs. Also, can possibly have citizens who happen to be contracted by the royals - those who frequent past beyond the castle walls more than most.]