In Character Info:
Like many cities across the US, Camden, when established, soon attracted a supernatural population that followed the mortal one; feeding off them, living among them, concealing themselves from them. But they were always kept in check and in line by the Concealment Edict, which was enforced ruthlessly by an alliance of vampire elders, wizards and others that had survived the purges of the Inquisition. And it was the Concealment Edict that established courts within the cities to see to it that the supernatural population hid themselves. Some could move about in plain sight, others were essentially banished to the sewers or whatever other hole they could find.

This system also imposed an onerous degree of servitude upon the members of the community; they paid taxes up to this system in a variety of forms, either by paying money up to the Court or through indentured servitude. Some beings are able to put their talents to use and quickly accumulate wealth, which makes payment of the taxes easy. Others struggle in the modern world, forced to hide or otherwise unable to accumulate much in the way of wealth to pay the tithe.

Only a couple days ago, the system was functioning, but a Camden Museum of History exhibit that included an ancient Egyptian mummy arrived in town, a young mage attempted, unwisely, a spell on the artifact, and the mummy, unknown to mortals and the magic community alike, revived, fueled by that magical energy (and siphoning the rest of the life energy off that hapless young mage.) He claimed to be Nemsemet the Terrible, and demonstrated powers of the sort only heard about in legend...only, there is very little to be gleaned about Nemsemet without digging – his name seems to have been deliberately eradicated from the histories.

Nemsemet quickly eradicated the Count Caradoc and his advisors, those who stood with him anyway, and proclaimed himself ruler of the city – not simply ruler of the city's underworld of supernatural beings, but its ruler entirely. It would seem a pompous claim, except for the way the sorcerer quickly eradicated those that faced him in open combat; many on one and he was still standing and practically unscathed.

In any case, Nemsemet quickly proceeded to rally many of the city's various undead into his cause, to take over the city and rule its mortals directly, unsubtly. Others, besides the undead, have joined him for a variety of reasons. Those that do not join his, at least for now, shadowy war against mortal government and institutions are considered foes and the ancient tyrant's minions are purging those individuals.

It is, perhaps, a hopeless battle, but there are a few willing to do what they can.
Out of Character Info:
The RP is essentially about a shadowy war in the city streets that can easily become a terrible out and out war as the supernatural elements of the city. The characters don't merely have to discover how they can kill Nemsemet, and that's a tall order in and of itself, but they have to make some very hard decisions about who to save and when and where to fight.

The characters may well have reasons to not lament Caradoc de Lacy, but if they're in this group, they're at least somewhat aligned with those that do not agree with Nemsemet. As he is a brutal tyrant that uses raw power to eradicate foes, it's entirely possible that your character's motivation is revenge. Your character may also be part of the courts of another city, investigating the very disturbing rumors and phenomena present in New Camden.

Characters can be a variety of different types of supernatural being, so I am encouraging a degree of creativity. Lycanthropes, vampires, other undead, a variety of faeries, spirits and generally 'supernatural' types of beings (including half-angels or half-demons; come to think of it half-a lot of stuff... :) ) These factions all exist and individuals within these factions may well have their reasons to rally against Nemsemet.
Hidden 5 yrs ago Post by KuroTenshi
Raw —

*Puts up both hands*

I haven't used her in forever, but she'd be great for this! So count me interested! If you want me in it that is >>
Hidden 5 yrs ago Post by HeySeuss
Raw —
OP

4293 posts
in 2226 days
Seen 8 hrs ago
Bio
Sounds good. Having a character ready to go is always a good thing.
Hidden 5 yrs ago Post by KuroTenshi
Raw —

Awesome, might have to PM you about her because she falls into a different category than you suggested in the OP

Member Seen 3 yrs ago
Dark Angel
399 posts
in 2223 days
Seen 3 yrs ago
I'm definitely interested, if you want me. I have a pre-created character in mind, but I can make a new one if it doesn't work out.
Hidden 5 yrs ago Post by Neurolysin
Raw —

Member Seen 5 yrs ago
Neurolysin
4 posts
in 1788 days
Seen 5 yrs ago
I'm most definitely interested, however I only have a vague idea of a character in mind. I hope that's not too bad.
Hidden 5 yrs ago Post by Vault Kid
Raw — 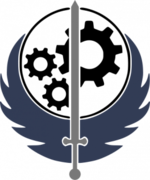 14 posts
in 1787 days
Seen 5 yrs ago
Bio
I'd be interested in choosing this as my first RP on the Guild. I am a little rusty but I'm fairly confident in my skills otherwise.
Hidden 5 yrs ago Post by Rowdyruff
Raw — 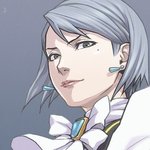 Soooo... like I have a charrie or two up for recycling^^
Hidden 5 yrs ago Post by HeySeuss
Raw —
OP