STATUS: For some reason Discord is acting up. 3 yrs ago

3 yrs ago
Current For some reason Discord is acting up.
3 yrs ago
Ended up sick, trying to respond once I get better.

A new year passed a week ago on the city, promising new change. For one, the mundane population has fully recovered and new construction sites have popped up among other relief efforts. This has been thanks to Covington Industries, a company that has risen to become the most popular and most employed in the city. If you were to ask the average citizen on the street who the Penrose Pick of the Month would be, 90% would answer Thane Covington, the CEO of Covington Industries. Despite his mysterious illness, the CEO has continued appearing in press conferences and public events through remote streaming, and has become a symbol of Penrose’s endurance and will to survive past any disaster.

“In today’s news, Thane Covington of Covington Industries has announced a purchase of the Penrose Orphanage-”

The TV was clicked off, and Lily yawned while tucked in a blanket burrito on the couch.
”Yep, old Thaney’s doing good work," she spoke to Alex as she grabbed chips from a bag and took out her smartphone.
”Magical girls can solve monster problems, but repairing the damage they can cause is a bit harder~"

She scrolled through Glimmr, the social media app, made by magical girls for magical girls, and looked through the Penrose tag.
”Hmm, Alicia liked the last meme I posted," she mumbled with a smile, and then stopped.
”Wait, what? Speaking of!"
She stood up, knocking over the bag of chips, and showed it to Alex.

”Monsters! And a lot of them, by the looks of it. This post mentions a pack running fast through Central. You know what this means, right Alex?" She asked with a determined smile. Then, she lifted her hand up to the ceiling, and called out her incantation:

"Let my spirit gallop across the field of clouds, and strike my foes down with thunderous applause!"

Crackling, electric energy surrounded her, followed by the clicking sound of a clock, until it hit twelve clicks, at which point the glow suffused, and Lily Lightning had taken the girl’s place. 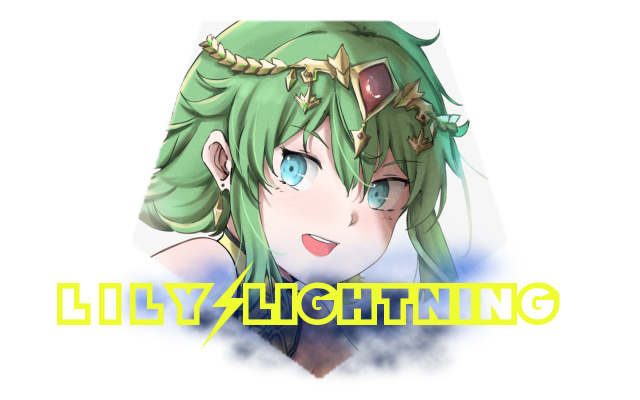 ”It’s time to frizzle some fiends!”


Meanwhile, at Beacon headquarters monitoring room, Alicia was making her routine patrol report writeup. Penny was about to head out of the room when Rachel stopped her. “Hey, Penny…There’s something Isthar wants to discuss with both you and Alicia. We need to hold a-”

Rachel turned to the cybermancer. “Location?”

Elora began typing fast, and soon dots began appearing on the map displayed on the wide screen before her.

“I’m detecting…six sites of activity, maybe four soon due to monster pack merging. Beacon patrol was detected at the industrial sector, but there’s only two signatures. There’s the train station with a low number of signatures, the hospital with a large number, probably civilians under assault…” Lines of code whisked by as Elora continued typing.
“Monsters identified: wendigos. Other sites include the Central Street, medium number but moving extremely fast. Requires personnel with high mobility. Then there’s the site at the Penrose Bank, small to medium number, and at the business district. Magical signature number…unknown at the moment.”

Rachel turned to Penny and Alicia. “Will you be heading out?” She asked.


Justine wandered the dark halls of her castle, wearing her white and black dress with her leathery bat wings folded on her back. Her pronounced canines glinted in the candlelight that always lighted up one step ahead of her, only to be snuffed out a step behind, as if leading her along a set path through the maze. Despite having lived in this grand place for untold centuries, Justine felt like she could become lost at any misstep, devoured by darkness that pooled around her. Soon, she saw footprints, made in blood, and chased after them; she recognized to whom they belonged. She rounded a corner, and…She saw someone facing away from her, staring at a bloody message on the back wall of the cold, dungeon-like room. She turned, and Justine saw her sister, smiling in a deranged fashion, her lips and hands stained. The message on the wall boiled as Justine read it:

Then, before she realized it, Caroline screeched, her mouth widened far more than was humanly possible, filled with needle-like teeth, and lunged for her. Justine struggled, but her fangs were going for her neck-!

Hi there, been a while, hah. Yep, I'm still accepting player submissions.
In March of the White Rabbit: A Roll-Your-Own Magical Girl Roleplay → 5 days ago Forum: Advanced Roleplay
@Bright_Ops

Ooh, a Water specialist. It's been a long time since we have had one. A Familiar with both a cute mode and combat mode is a fun idea. Bonus points for having Beacon as a Vendetta in addition to the Spirit of Socialism. Accepted.
Shalltear a cute
In March of the White Rabbit: A Roll-Your-Own Magical Girl Roleplay → 7 days ago Forum: Advanced Roleplay
@Bright_Ops
Ofuda writing and seals, eh? That is an interesting use for Sorcery. I'll let it pass for now, but I would like to see an example case of how they are generally used at some point. Bonus points for using the Hex Maniac as the FC, hah. The character is accepted; you can post both sheets to the Character tab.
© 2007-2017
BBCode Cheatsheet