3 days ago
Current yes hello PMs exist
3 likes
3 days ago
Yeah but also RPing is a game of constant compromise. You cannot have everything go your way all the time; you won't find a single person that will fulfill all your needs.
4 likes
3 days ago
yeah and mmo's shouldn't be fun, right?
1 like
4 days ago
This status bar has been posting this kind of stuff for much, much longer than 7 months.
2 likes
9 days ago
I was going to say "the trickiest part is getting people to tolerate me" but there's only so many times I can make the same joke before it becomes actually true.
3 likes

The day that Moss was hanged, eight others were cut down,
And when the graves had all been dug, the queen rode out of town.
(I have an old/outdated 1x1 check if you want to know what kind of person I am.)

started playing Riviera: The Promised Land instead for the first time.

I love Dept. Heaven games. They're unique, have horrible item management, damn near demand you have a guide for all the missable shit, the continuity is a vague suggestion at best and overall perfect just the way they are.

The dev team behind them have such a unique handprint with how they make games from art style to sound and UI choices, even when those games individually turn out very different across the board. Just look at the clusterfuck that is Knights in the Nightmare and then try to remember they intended to make a PC MMO canon to the series at one point.

It sucks that Blaze Union never got a translation.
In Secundi Lux → 3 days ago Forum: Casual Roleplay

"Selma is really strong," Chie thought to herself. Not just strong, either. Kind too, with all her reassurances. It felt strange. As if that twang of guilt and doubt never left Chie, but instead got overwritten by the other girl's unwavering optimism. She still knew the danger of the situation, of course, but as she clung to Selma, somehow, she figured everything would turn out okay.

Captain Wei, quick to act in their time of need, shepherded the girls up the subway's staircase. Chie heard the gunshots of the various riflemen-and-women echo behind her, but was too scared to look back even if she could. It was only by Selma's attitude that she could keep calm at all, at least up until the cool night breeze brushed her skin. The subway wasn't particularly warm by any stretch of the imagination, but the flow of air tickling her skin made everything just that little bit colder. Made everything feel like they were outside, at last.

An armored vehicle pulled up in front of them and the four girls were helped inside. Chie had forgotten to thank Selma for letting her down, though given the situation, it'd have been a surprising if the other girl had held it against her. Chatter quickly filled the somewhat claustrophobic environment. It had sunk in to the girls around Chie that all their luggage was left behind, with some taking it harder than others. Chie herself paid it no mind- neither her luggage nor the chatter. Her mind was on something else as the vehicle drove through the night.

"Captain Wei," she shakily addressed the officer. It felt like a lump was caught in Chie's throat, but she still managed to share her question: "Those... masked people that attacked us. Do you... does the military know anything about them?" she asked.

There was so much more she wanted to add. 'Are they terrorists?' 'Were they coming for us?' 'Did one of them use magic?' and so forth. For now, however, she kept it simple, if only because Chie was still shaking like a leaf and couldn't muster much more.
In Video Games: The General Discussion & Community Thread → 4 days ago Forum: Off-Topic Discussion
why is it that every time I think of Yggdra Union I want to replay that game 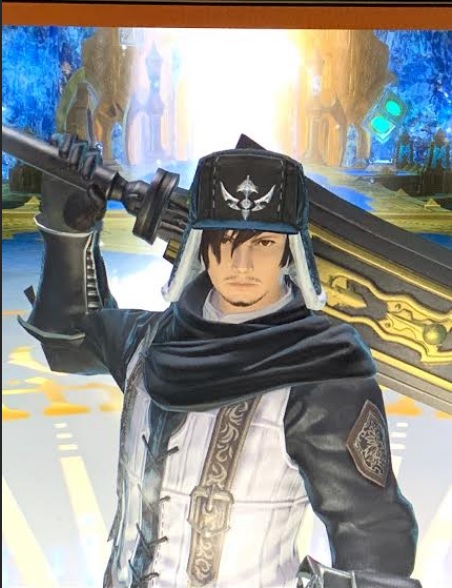 Have some screenshots I just now took showing off my glams for DRK, WHM and SAM, then! (Khenda Chelewae on Exodus by the by) 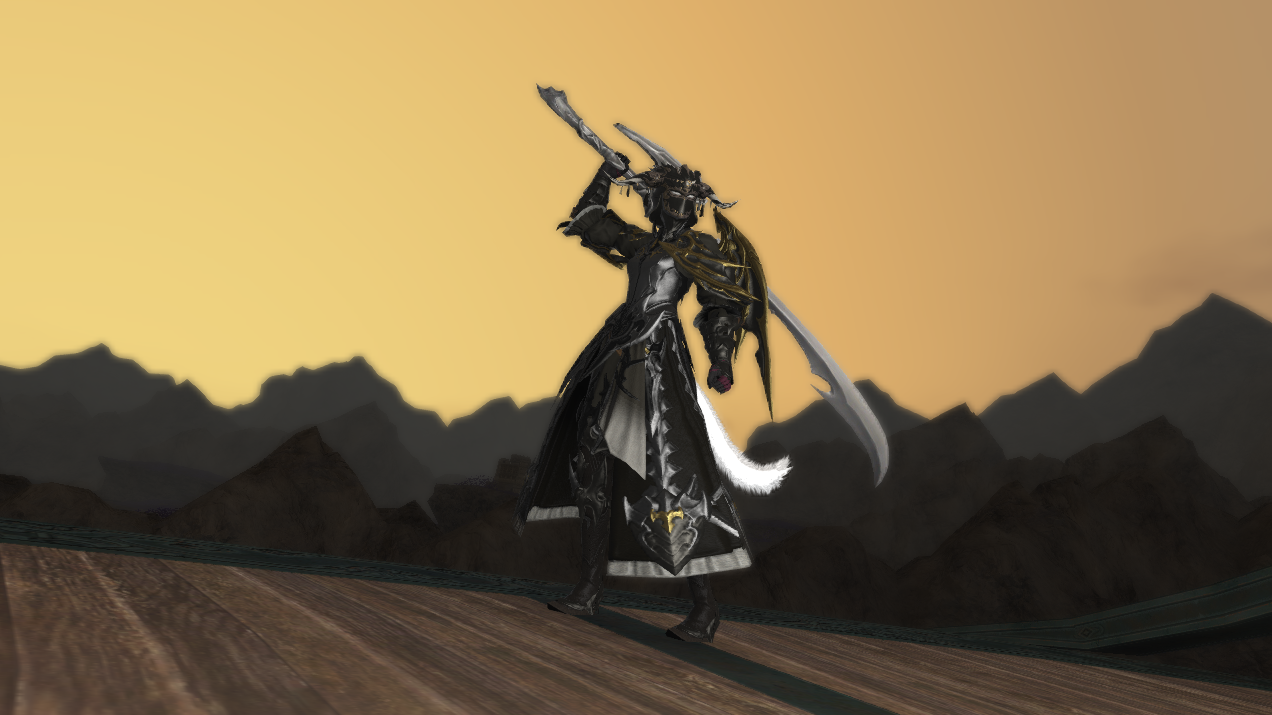 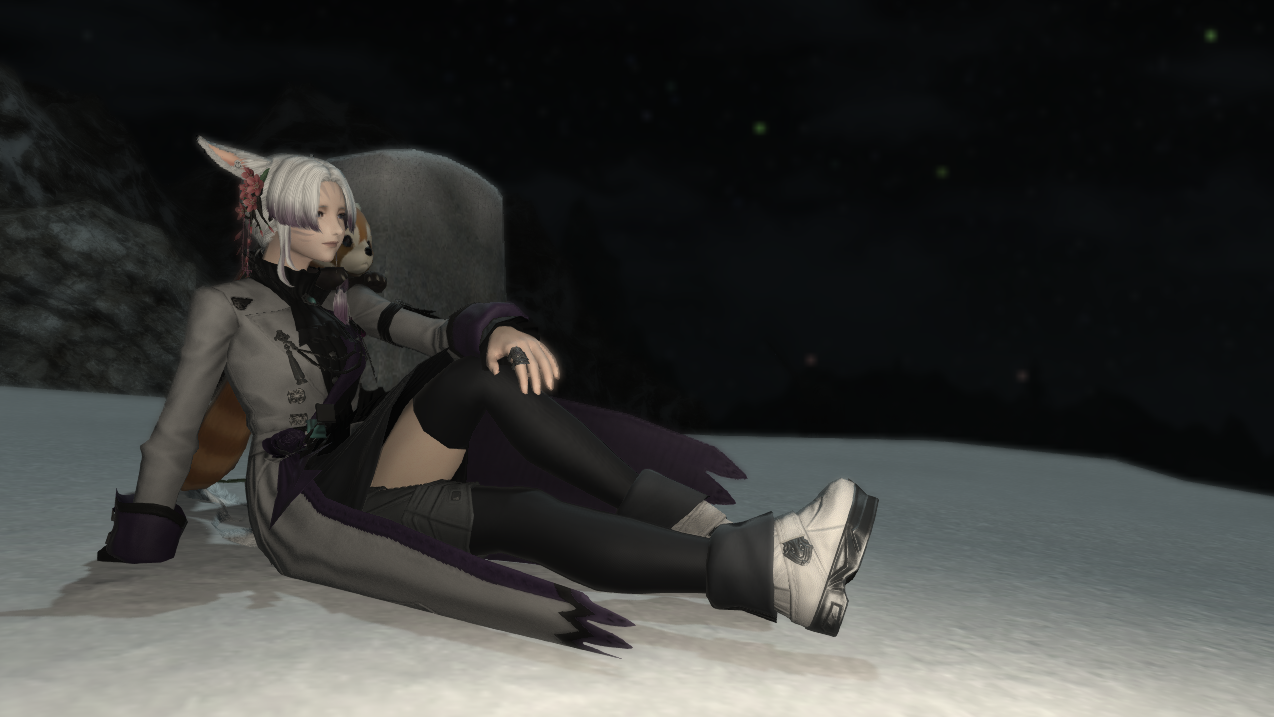 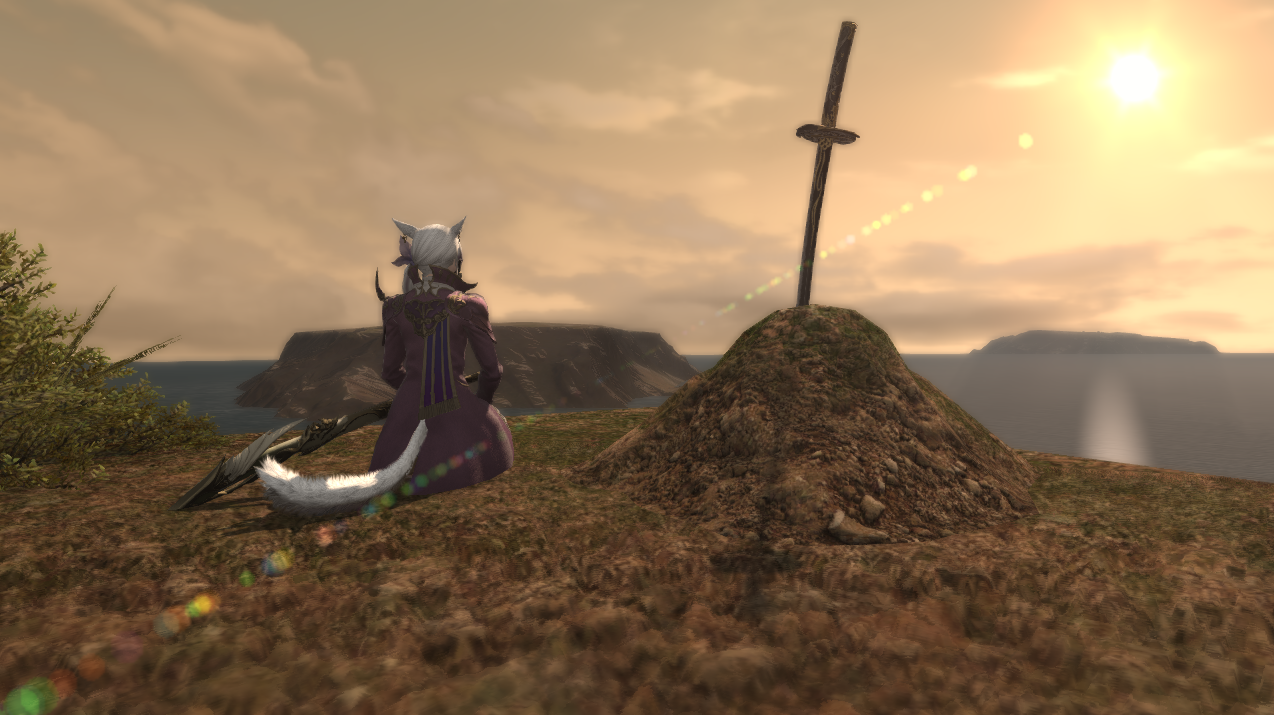 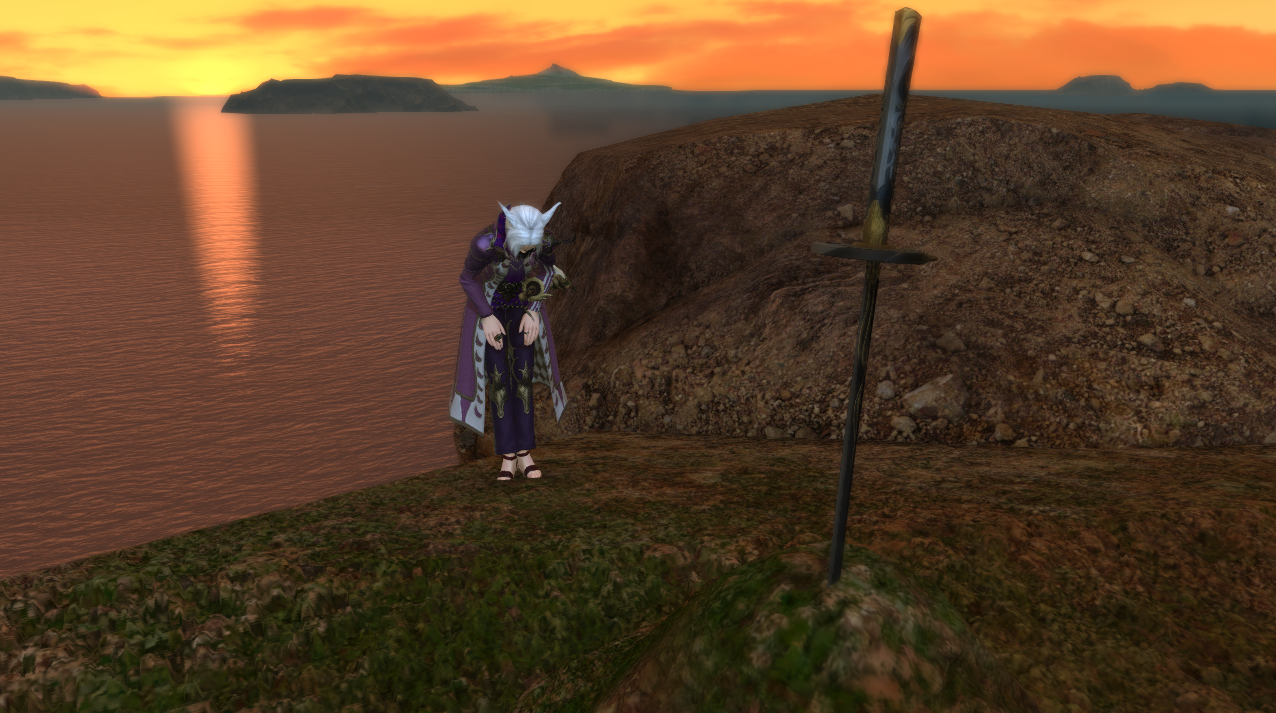 What are some games you actively have enjoyed but after you've beaten it once you have no desire to return to it despite liking it a great deal?

Oh there's plenty of those.

Idk if Hand of Fate counts because of its rogue-lite nature, but after my initial spree of playing it I haven't picked it up again since. That's a fantastic game, even though I never saw it all the way through to the final boss.

West of Loathing took all the best aspects of Kingdom of Loathing and made it into a single-player RPG instead of the webgame it was, and that worked really really well. The game is unbearably funny and actually manages to be a really good RPG, all things considered.

Eternal Sonata is a really fun RPG with a hilariously convoluted plot but it suffers from "large RPG syndrome" where anything past a certain number of hours in playtime isn't anything I'm willing to go back to any time soon.

Brutal Legend is a game I played once and then never again, despite me having a fun time with its action RPG and RTS mixed gameplay.

...Am I even allowed to mention something like Akiba's Trip: Undead and Undressed without getting laughed out of the room? Because that was a funny and competent game, it's just, y'know, also total bait to get someone like me to play it.
In Video Games: The General Discussion & Community Thread → 17 days ago Forum: Off-Topic Discussion

A good "MMO game", two words combined and not just one, is a game based around having fun through group socialization within the context it provides. Therefore in order to succeed both as a product AND as a MMO it has to tick not one but both of those boxes. It has to combines both a set of good team and/or PVP activities to engage you and keep you engaged when you have friends around and a good set of mechanics to forcefully make sure even the most awkward shy person ever could make friends so as to ensure nobody was stuck awkwardly playing along. It's a game that creates conditions for forced (if stealthily so) socialization and than makes that socialization fun.

I have mentioned about 7 different games that all do this and you refuse to acknowledge any of my examples in favor of the ones you can't even remember.

And commercial success does factor in, because people playing the game means people are socializing in the game.

You explicitely left these supossedly social experiences because they had nothing to offer you. The most you can remember is a bot crisis in one game, while RMT activities are shit that happens in every MMO.

I'm done with this. You are completely talking out of your ass.

Because they did their job of locking me and a bunch of other people in a room with the explicit order that none of us are getting out before each has at least one friend good enough that I don't have to remember them.

want you to get out

they want you to keep playing and spending money on it

I literally cannot fathom this perspective of yours. Even the original Everquest in all its archaïc glory was built to be a fun game for a certain crowd of people. The devs behind Everquest didn't want you to quit and not play their game. And that is one of those MMO's that, as you put it, "locks you into a room until you've grinded 300 tigers"

Final Fantasy 11 is the epitome of a game that forced(/forces) its community to come together to achieve anything and while people loved that at the time of its release, they took every wrong lesson from it for FFXIV 1.0 and that game did so bad it nearly caused a goddamn financial crisis at SE.

If a good MMO, by your definition, is forgettable and retains no players then PPQ, mate, I'd rather go play the bad ones.
In Secundi Lux → 17 days ago Forum: Casual Roleplay

Chie drew a few sharp breaths, trying to once again gather the Nox in the area. She desperately tried to power through the taxing effect it had to her body, forcibly pushing past her limits. No luck. The attempts just caused her to gasp for more and more air. A voice rang out from next to Chie, but engrossed in her attempts as she was, she hadn't noticed anyone approaching her. It startled the girl, who wasted no time in quickly whipping her head around. Relief washed over her when it turned out to be Selma.

"Selma! I-I have to..." she tried to stammer out, but couldn't find the right words or the breath to speak them with.

"You've done what you could. Now just hold on, alright?" Selma reassured her.

The big girl hoisted Chie onto her back, the latter being too worn out for protest. Even if she had been in a condition to fight it, deep down Chie knew she shouldn't. The situation was dangerous. They needed to run, but now she'd dragged Selma into her recklessness. Chie wrapped her arms around her, holding on as tight as she could.

"I'm sorry for... burdening you all."
In Video Games: The General Discussion & Community Thread → 18 days ago Forum: Off-Topic Discussion

But I guess, my brother literally paid for more of my sub time, so I guess I'm stuck with giving the story content another push in the near future.