STATUS: Just got off the phone with Delta after waiting for almost 3 hours....at least my questions were answered! Now to get my pup what she needs and we can do this move! ^^ 7 hrs ago

7 hrs ago
Current Just got off the phone with Delta after waiting for almost 3 hours....at least my questions were answered! Now to get my pup what she needs and we can do this move! ^^
6 likes
1 day ago
This may seem random, but has anyone here traveled with a pet on an airplane? I want to take my dog -since I'm moving- but don't know how it works... if anyone knows PM me, thanks!
2 likes
2 mos ago
"In the darkest times, hope is something you give yourself. That is the meaning of inner strength." Uncle Iroh
4 likes
1 yr ago
That moment when you plan an RP and get the first post up and then your partner deletes the OOC PM thread and doesn't answer... ~_~
13 likes
4 yrs ago
The moment when you're having a Disney movie marathon and you regret nothing. Not even caring that your parents are looking at you funny because your singing along ^^
6 likes

@kryusa The Sasuke to my Naruto. My kouhai and new bestest friend. You've made my life complete with our Roleplay's and I adore you and thank you for it. <3 <3

@Rhage My partner in crime and a dear friend :) ♡♡

In Pokemon Adventures: Hoenn And Beyond! → 4 mos ago Forum: 1x1 Roleplay

"I know what you mean. This reminds me of Twinleaf town." His voice is soft as memories flash across his mind, his home region of Sinnoh was where it had all begun. Soren's next question has Yuu snorting with laughter, raising his arms to cross them behind his head. "I come from Sinnoh, and if I'm to assume right you come from Kanto. I'd say it's Fate that brought us together." He's teasing the other, but that part of him that had grown up listening to the stories his parents told him as hard to keep in check.

Ace circles above them quietly, sometimes dropping down to deliver gentle nips to Dash or Soren before flying back up. The town wasn't large but Yuu loved it, the lab was the focal point and soon enough they were standing before it. Soren's words had Yuu smiling, his arms dropping to his sides. He too wanted to take part in the gym challenge here, but also in what were becoming his mothers favorite events to watch: Contests.

He was just about the speak, but be was interrupted by the front door slamming open and a series of cries filling the air. Jerking his gaze up he had only a second to see three different colored Pokémon heading towards them before he was slammed into. Yelping as he fell onto his back Yuu was momentarily left seeing stars, before a beak was nudging against his cheek.

Well that wasn't the welcome I'm sure you were expecting. Sorry about that, boys!" Yuu blinks upwards at the voice to see man in green shorts, a blue shirt and a white lab coat stabring just inside the doorway. He's smiling but it looks sheepish, a hand lifts to rub behind his head. "Torchic, Treeko and Mudkip come on it's lunch time." The man adds as he moves forward, the three Pokémon on his chest don't budge one bit.

"Are you Professor Birch?" Yuu asks with another blink, slowly shifting so that he's siting upright. The three Pokémon who he recognizes by pictures but not names, move off of him but stay close. Smiling he stands and pats his clothes, a hand lifting to rub Ace's head when he lands on his shoulder.

"Yes I am, let's head inside and get these three settled in. My assistant Joshua has extra food if your Pokémon want any, would you mind if I examine them by the way? A Pichu is unheard of here as is a Starly..." Professor Birch trails off as he offers Yuu a hand, once on his feet the three starters dash inside excitedly.

Glancing at Soren as he moves inside the lab, he can't help but shrug and smile. Such an odd first meeting, Ace chirps before taking off to no doubt expire.
In Pokemon Adventures: Hoenn And Beyond! → 4 mos ago Forum: 1x1 Roleplay

"That's not far from where we are noa actually." Yuu replied with a smile, gesturing the of her clover with a wave of his hand. Ace settled on his right shoulder once more, talons a gentle pressure against his sleeve.

His smile widened at the others words, his own failure against the Zigzagoon still fresh in his mind. "That's rather interesting, a rather rare move to know considering its typing." He offered when the other was close enough, his gaze locked on the small Pichu curiously. His goal was to take the gyms by storm, and maybe catalog the new Pokémon in this region to gain an understanding of how they varied from his old one. His mother had said something about contests that had seemed interesting, but for now he just wanted to get to Littleroot.

The next question drew a soft snort from him, his head ducking a bit as embarrassment settled in his chest. His parents had made him memorize the route until he knew it by heart, coughing slightly he bends to reach for his bag. "I'm new to Hoenn, my parents and I arrived about a week ago. They made me memorize the route to Littleroot until I could describe it even half asleep." He says with a shrug though his cheeks are slightly warm, his hands are steady as he pulls out a small bottle of Full Heal. "Nice to meet you Soren and Dash. My name is Yuu and this is Ace, sorry he almost attacked you, he's fond of battles." The young male spoke softly, rising to his feet with the bottle held out. He's grown up with Pokémon and watched them grow before they went back to their trainers, as he steps closer he offers out his free hand for Pichu to sniff. "You can use half of that and still have some for later. Did you want to join us to the lab? It's a straight path there." He adds quietly, before offering the bottle over instead of doing it himself.

Not many Pokémon liked being touched by strangers, you had to earn their trust first. Turning to collect his bag, Ace nips gently at his ear before leaping up from his perch. Settling it over his shudders he watches as Soren sprays the block of ice until it fades away, jeeking his chin to the hill he'd slid down to get to the pound he offers a hand to the other boy. The path is even and clean, the trees ahead parting to show clear open skies. Another hour and they'd be at the small town, with a hum he begins to walk once more.
In Pokemon Adventures: Hoenn And Beyond! → 4 mos ago Forum: 1x1 Roleplay
You're fine :)

The little hill Yuu had found to the right of their path, had lead them to a large surrounded by large trees. The shade was a nice break from the brightness of the sun, the water was still and calm. Yuu dropped his bag beside a large flat rock before moving to the edge of the embankment, basking in the peace around him for a few beats before dropping to a crouch.

His reflection in the water had him snorting, dirt covered his entire face. No doubt the Zigzagoon had used Sand Attack on them, with a roll of golden eyes he reached downward. The water was cool to the touch and it sent a shiver down his spine, before he cupped his hands and brought a handful up. It took a few reputations with added scrubbing to finally get clean, but when he was Yuu couldn't help but smile.

Until the sound of flapping wings overhead reminded him that he had another fight ahead, Ace wasn't a fan of staying still. With a soft whistle he called his partner to him, his right arm lifting to make a perch for the small bird. "Star! Starly!" His partner chirped at him, Yuu hummed softy as he reached his free hand down towards the water. With a glance at the small bird who was watching him in turn, Yuu braced for his fingers to hurt due to start nips.

He was just finishing drying Ace's face when his partner tensed and released a sharp series of chirps, before launching up into the air. Confused but rising to his feet seconds later, Yuu found his eyes locking on another figure. Understanding filled his chest, his gaze lifting up to see Ace zeroing in on those on the other side of the pound. "Ace! No!" He shouted towards his partner, hand reaching for his belt where his Pokeball was kept. There trip hadn't been too long but he'd found out that Ace loved battles, stepping forward he felt his mouth part in warning only to pause. Between one second and the next Ace's attacking posture had softened and it showed in how fast his wings were beating, exhaling Yuu clicked his tongue before moving to sit on the rock. "Come back here, I doubt he's here for a battle." He muttered softly, hand rising to fix the bangs that hung before his eyes. Glancing up he offered a wave before blinking, focusing on the Pichu beside the other. Its foot was incased in ice, curious he tilted his head as Ace landed on his shoulder. "Are you lost? I can help your Pichu get rid of the ice if you'd like." He calls out with a smile, grey hood slipping off his head to settle against his shoulders.

"Star! Starly-Star!" Ace chirped with a widening of his wings, shifting to free himself from the hood before rising into the air once more. No longer hostile but curious, instinct had guided him to attack first when another Pokémon appeared.
In Pokemon Adventures: Hoenn And Beyond! → 5 mos ago Forum: 1x1 Roleplay

The forest around them was filled with many different cries, and Yuu couldn't help but grin excitedly. There was something about going on a journey that had him feeling light and happy, though he knew that the further they got the harder it would be. His steps were light on the earth, hands in the pockets of his jeans.

Until he caught movement along the edge of his peripheral, body immediately whirling around to see that they had company. The Pokémon here were new to him and it unsettled him that he didn't know them as well as he'd liked to. The creature before him seemed frozen, before a gust of wind breezed pasted them.

"Alright, Ace! Use Quick Attack!" He states as the racoon before him begins to charge, his partner Pokémon appearing from the trees above. The small bird flaps his wings before tucking them close to his body, rushing forward to meet the attack head on.

The Zigzagoon shakes its head before raising up on its hind legs, spinning around with a wiggle of its tail. "Dodge Ace! And use Wing Attack!" Yuu commands out once more, eyes intent on the battle. His fingers itched to grab his sketchbook from his bag, but he needed to focus.

With a chirped cry his partner rose up into the air and have a strong flap of his wings, eyes focused on the opponent before him. Yuu watched as the attack hit and the little racoon was sent flying into the bushes, a pained cry filling the air. For long moments Yuu stood still while Ace hovered before him, but when the Zigzagoon didn't reappear the trainer sighed out. Only to yelp when a jet of dirt came flying at them both, before the sound of running footsteps filled the silence. 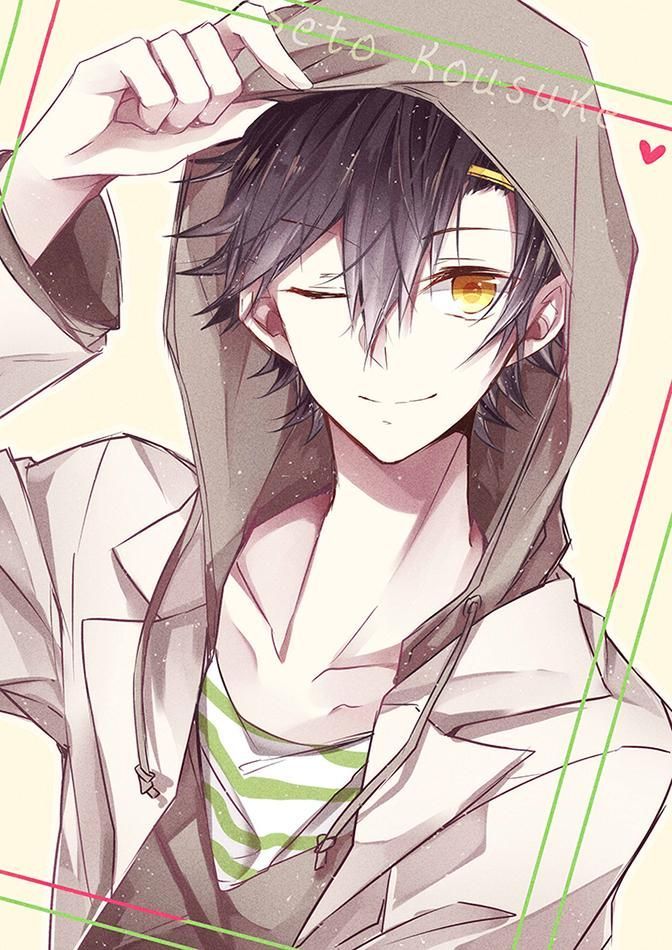